With St Patrick’s Day upon us it seemed fitting to take a closer look at some green pigments used throughout art and history.

Green earth pigment (or Terre Verte, Stone Green, Verdetta, Celadonite) is composed of clay coloured by iron oxide, magnesium, aluminium silicate, or potassium. The clay was crushed, washed and powdered. It was used since the time of the Roman Empire until the end of the Renaissance and was highly popular in medieval painting, especially for underpainting of fleshtones. An example is shown below in The Annunciation (1398-1311) by Duccio di Buoninsegna. Here faces were first painted with the green pigment and then overlaid with pink to give a realistic hue. In this case the pink has faded giving the impression of green skin. Green earth pigment was sourced from regions in the south of France and in Italy around Verona. 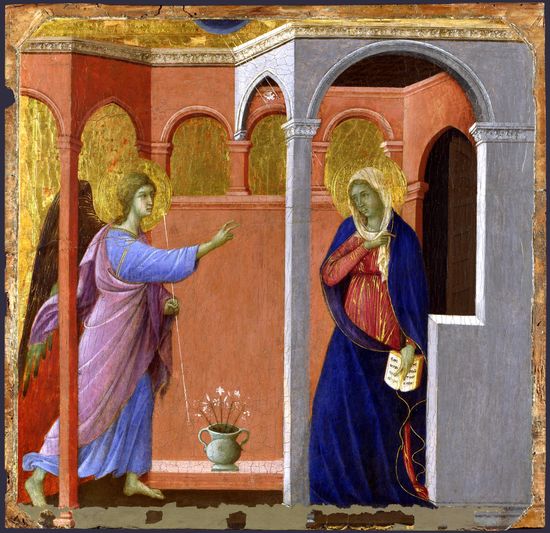 The Annunciation by Duccio di Buoninsegna: The Archangel Gabriel announces to the Virgin that she will be visited by the Holy Spirit and bear the son of God. Held at the National Gallery

Malachite is a copper carbonate hydroxide mineral (copper(II) carbonate), and is green due to the presence of copper. It was used as a mineral pigment in green paints from antiquity until about 1800. It is fairly lightfast and very sensitive to acids meaning its colour can vary. 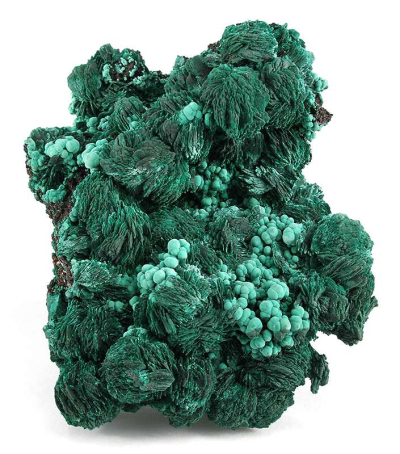 Artist Pietro Perugino used finely ground malachite in his 1503 painting Nativity to colour the bright green garments of the worshippers. 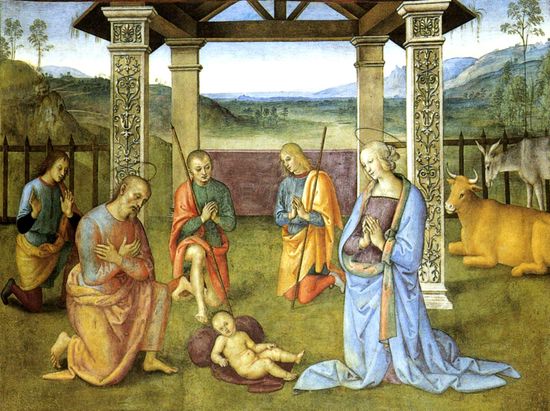 Malachite has also been found in the King George III copy of the Gutenberg Bible, held at the British Library using Raman Analysis. 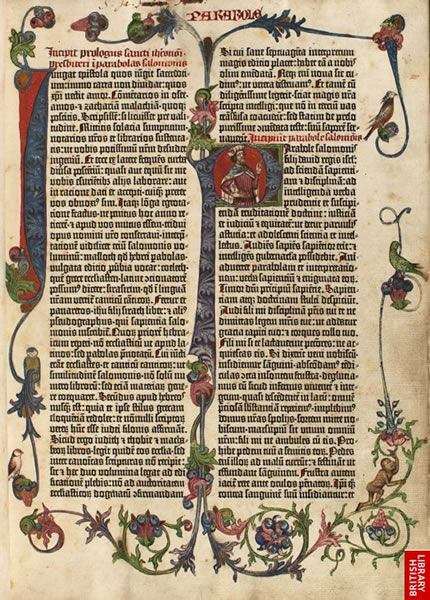 Cobalt green is a moderately bright and translucent, but highly permanent, green pigment. The compound is formed by heating a mixture of cobalt (II) oxide and zinc oxide and was discovered in 1780 by Swedish chemist Sven Rinman. It can be mixed with other pigments and is also known as Rinman’s Green or Zinc Green. 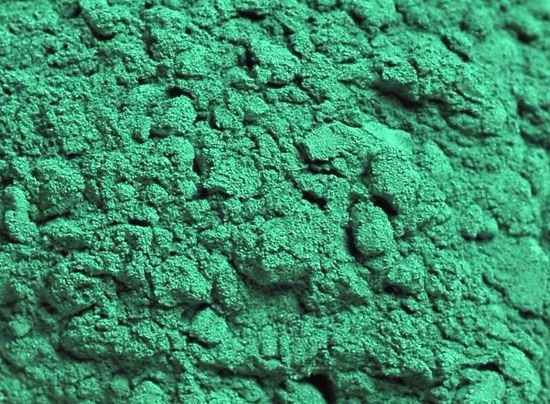 Cobalt green was never very popular due to its high cost and weak tinting power. Researchers at the University of Washington have discovered that cobalt green possesses special magnetic properties and is now being used in the field of spintronics. Spintronic devices are used for computer storage and memory. Cobalt green has found success with spintronic devices as it can be used at room temperature while other materials must be super cooled.

This is a basic copper acetate and is formed when copper is exposed to acetic acid vapours.  The natural patina that forms on copper roofs is often called verdigris, but in non-polluted areas it is in fact malachite (basic copper carbonate).  In polluted areas, though, it is antlerite, a basic copper sulphate.  They are all similar colours so are easily confused, but verdigris in particular causes problems in manuscripts – it goes brown and can burn through the parchment and cause staining on adjacent folios. Verdigris has been used on murals in Pompeii, throughout the Renaissance and on medieval manuscripts including the Lindisfarne Gospels and Book of Kells. 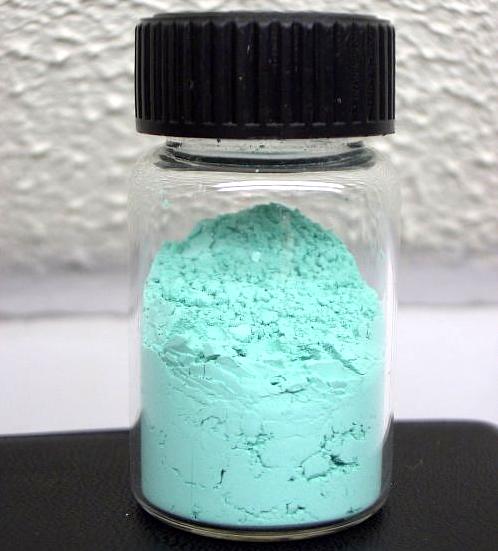 Verdigris was found to be unstable and unwilling to mix easily with other pigments. In fact the great Leonardo da Vinci warned against its use in his treatise on painting and was leter replaced by the more stable Chrome Green. 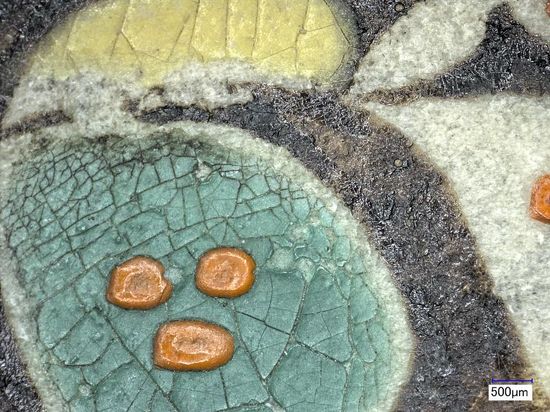 Viridian was patented in 1859 and is a hydrated chromium(III) oxide Cr2O3 pigment described as a dark shade of spring green. 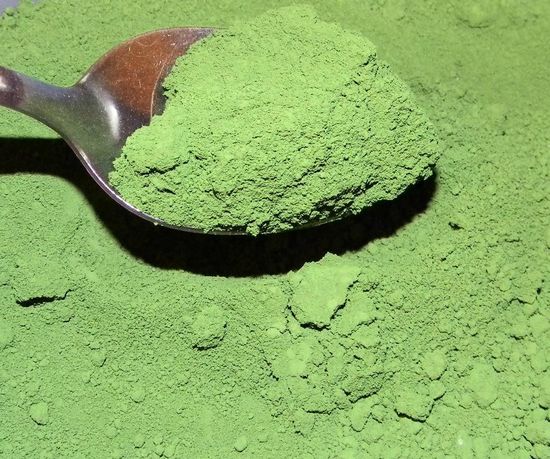 Viridian was used by Vincent van Gogh in many of his works including Café Terrace at Night, 1888 (Kröller-Müller Museum, Otterlo) and the Night Café (Yale University Art Gallery). Van Gogh to his brother Theo in 1888: "I sought to express with red and green the terrible human passions. The hall is blood red and pale yellow, with a green billiard table in the center, and four lamps of lemon yellow, with rays of orange and green. Everywhere it is a battle and antithesis of the most different reds and greens.” [1] 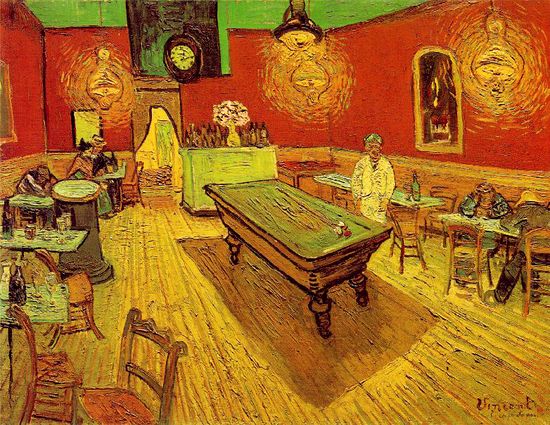 In many cases a combination of pigments was used to create green colour. Recent analysis of the Sir Gawain and the Green Knight manuscript have shown that indigo (blue) over orpiment (yellow) was used in some areas, while a single mineral green was used in others. 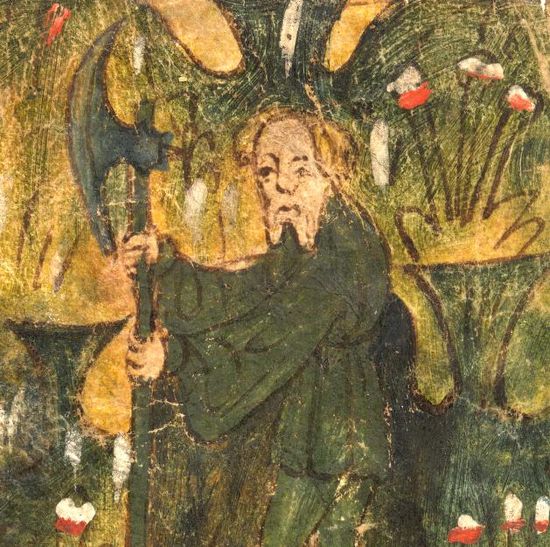 Posted by Christina Duffy at 10:49 AM