Our next exhibition; Comics Unmasked, Art and Anarchy in the UK, opening on
May 2nd, will be a surprising one to many. It promises to challenge myths, expectations and stereotypes; and to explore subjects such as politics, violence, gender, sexuality and breaking social conventions.

The relatively good condition of most of the comics from our collection certainly challenged our expectations. For a number of readers, myself included, comics are seen as a relatively modern and populist genre, with striking graphics and minimum text. Conservators often associate anything modern (i.e. 20th century) and mass produced with poor quality paper; similar to the paper used for newspapers that becomes friable and yellows quickly when exposed to light. A few such items, one example shown below, did come to the studio requiring minor edge and tear repairs, but contrary to our expectations the majority of the comics were printed on good quality, often glossy, paper. 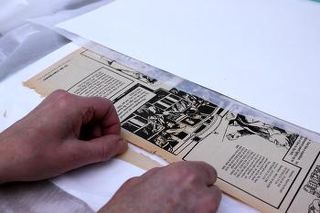 Conservation is usually very privileged in getting a preview on the items going into the exhibition, but not this time. Out of over 200 items prepared for display only a handful required conservation work. In the majority of cases the work was limited to flattening of folded pages followed by mounting or supporting a concertina style strip within a book. 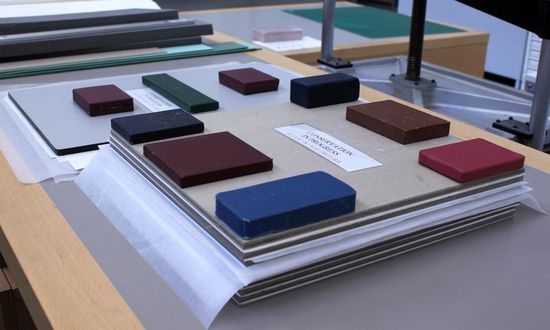 Comic strip opened up and supported within a volume

The first items to be prepared for the exhibition were not that recent either, one example being: ‘The Scourge of Monthly Expositor of Imposture and Folly’ from 1813 showing John Bull preparing for General Congress. This item also needed repair to the edges and mounting.

With objects from our collection being in ship-shape condition and one third of all objects in this exhibition coming from other institutions, conservation had a lot more work to do on loans. All items loaned had to be condition checked, some in-situ and others in the studio. Most of those worked on in the studio were paper-based, but we also condition checked unusual objects, such as Judge Dredd’s Helmet and Ally Sloper's Ventriloquist Dummy! 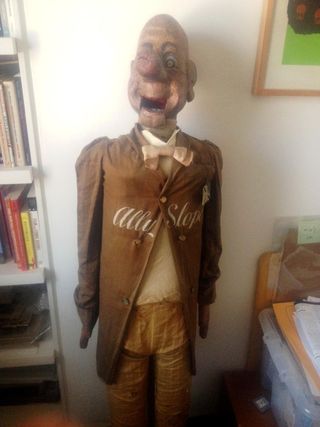 Sadly, we didn’t get any visits from Superman, Spiderman or Catwoman in the studio; but we did get to meet a ‘super heroine’ when the new poster advertising the exhibition was unveiled in the St Pancras Entrance Hall in mid-March!

The Comics Unmasked exhibition will be the UK’s largest exhibition tracing the history of the British mainstream and underground comics. It is a must for all lovers of comics, while for others it will be a trip down memory lane re-visiting well known comic characters, and meeting those we heard about but never met! 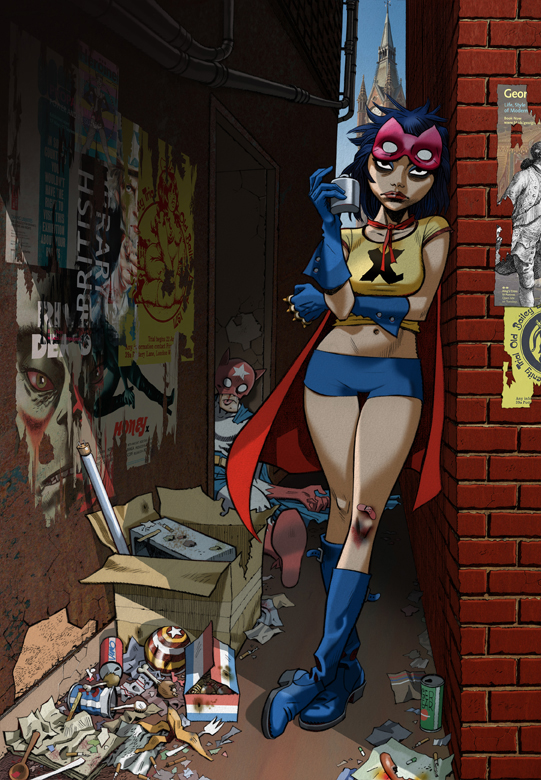 Posted by Christina Duffy at 10:40 AM