The Lindisfarne Gospels is one of the most magnificent manuscripts of the early Middle Ages. It was written and decorated at the end of the 7th century by a monk named Eadfrith who would go on to become Bishop of Lindisfarne and serve from 698 until his death in 721. An Old English gloss between the lines translates the Latin text of the Gospel and is the earliest surviving example of the Gospel text in any form of the English language. This translation was a late (mid-10th century) addition by Aldred, Provost of Chester-le-Street.

As one of the Treasures of the British Library the Lindisfarne Gospels undergoes strict condition assessments to ensure it is kept at ideal environmental conditions. Part of this assessment involves using microscopy to take a detailed look at the pigment behaviour. We posted some images in a previous post: Under the microscope with the Lindisfarne Gospels, and here we share some of the exceptional exuberance found on folio 3r. 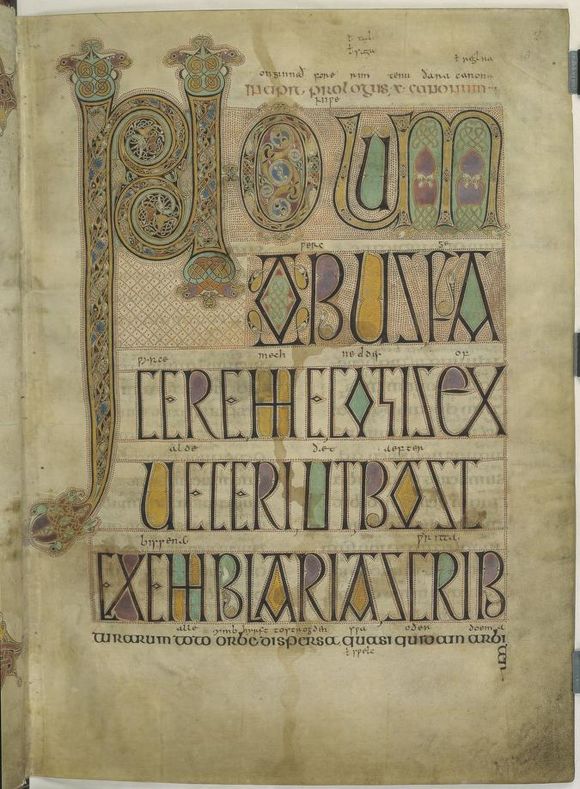 The abstracted decoration found throughout the Lindisfarne Gospels is a spectacular example of Anglo-Saxon art. There are five major decorated openings in the manuscript, the first of which is found on ff. 2v – 3 and introduces the letter which St Jerome addressed to Pope Damasus. It was Pope Damasus who requested a revision of the Latin Bible text during the late 4th century. Folio 2v consists of an elaborate cross-carpet page and faces Jerome’s letter to Damasus in Latin with the opening Novum opus (New work). The intricate detail on this page has been interpreted as an act of personal spirituality and devotion. A few examples are shown below. Enjoy! 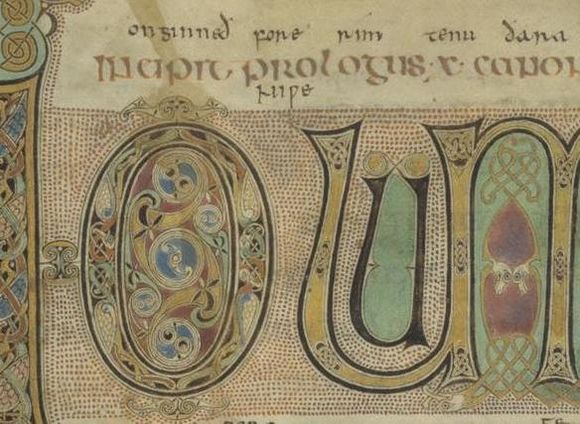 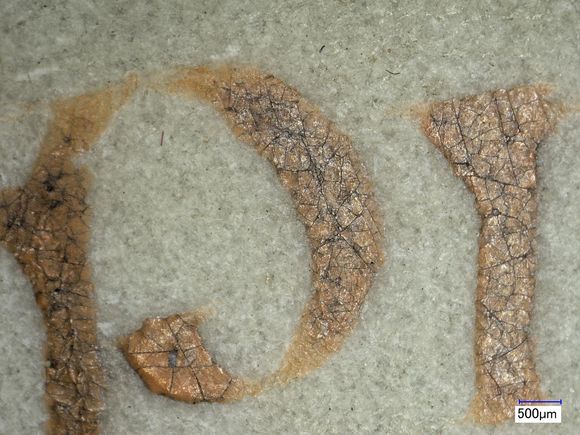 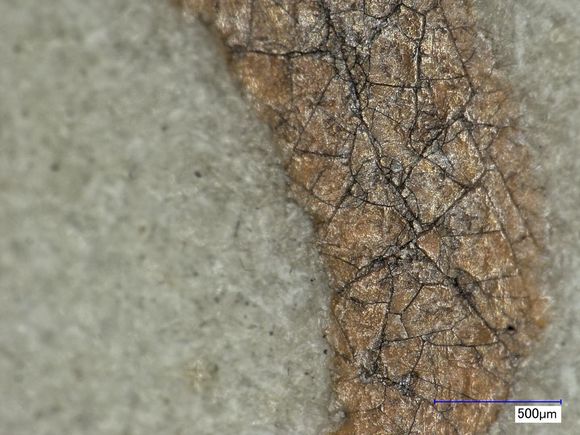 Tiny drops of red lead are also observed in early Irish manuscripts which heavily influenced the Lindisfarne Gospels. The Germanic zoomorphic style is evident with interlacing animal and bird patterns. 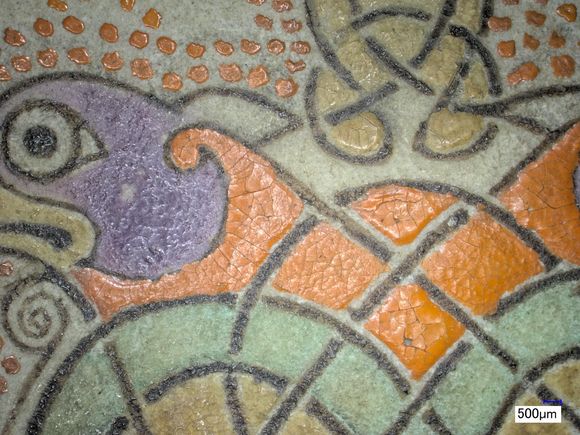 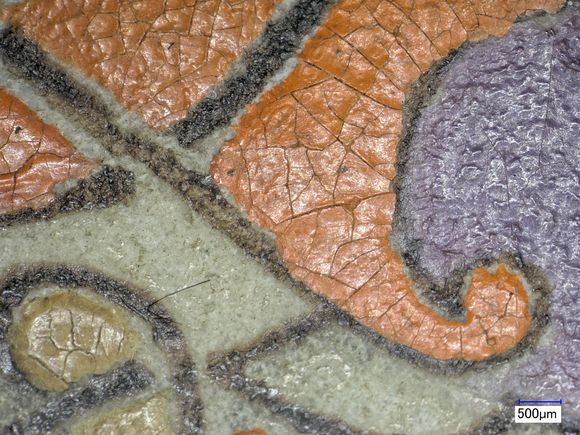 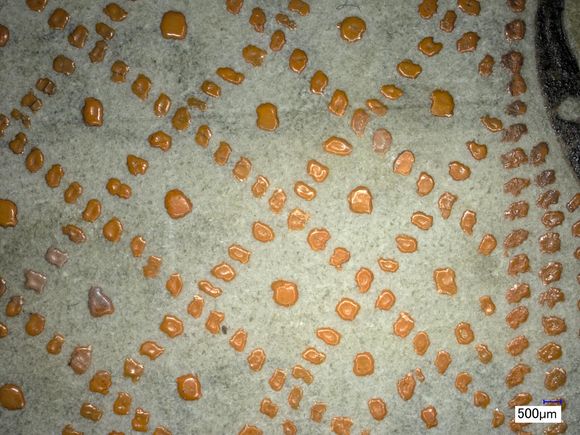 Top: Central section of folio 3r from the British Library Catalogue of Illuminated Manuscripts with creature detail at 20x and 50x magnification. Bottom: Drops of red lead in a geometric pattern at 20x magnification

Decorated initials exhibit yellow pigment (orpiment) bordered with drops of red lead. Craquelure is a network of tiny cracks caused by pigment shrinking due to age. When the disruption consists of perpendicular lines it is referred to as crackling. 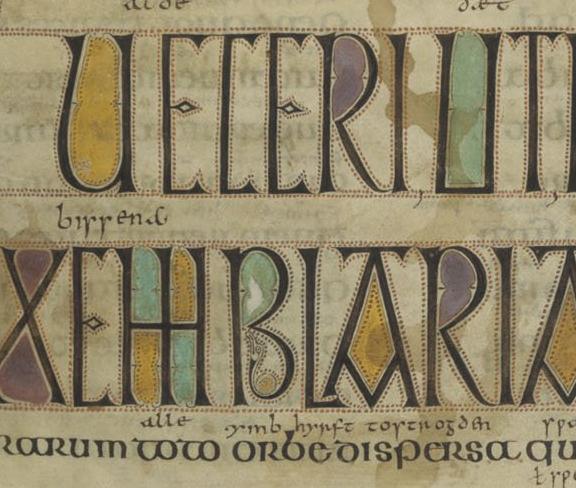 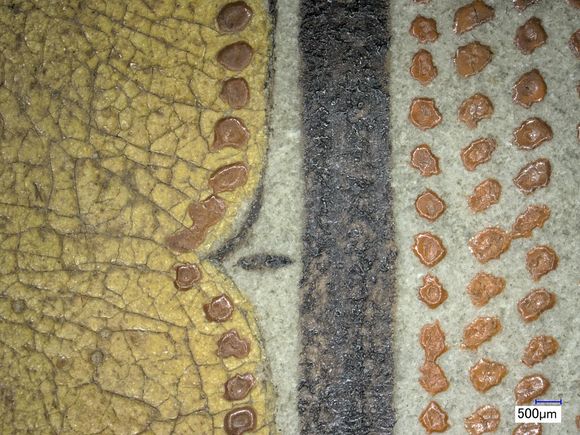 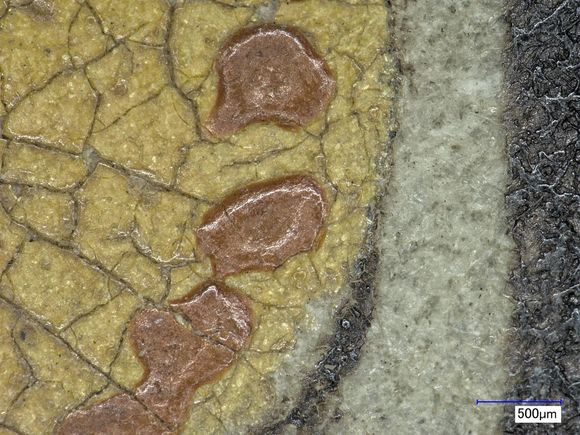 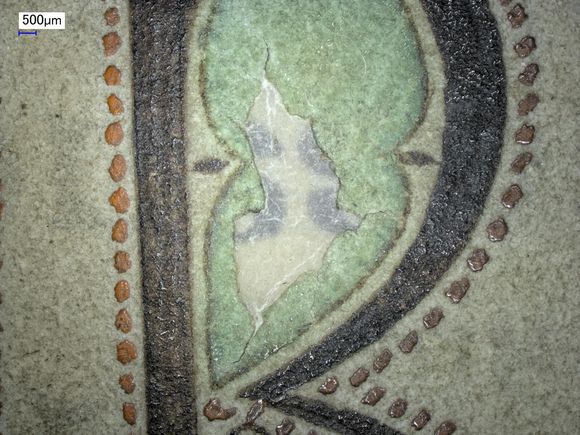 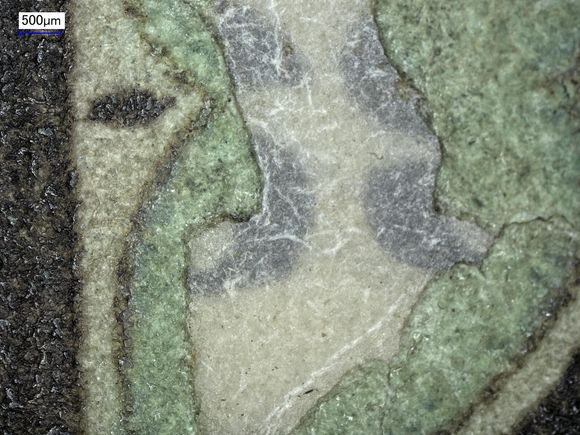 For more details on the pigments used in the Lindisfarne Gospels see our previous post. The entire manuscript is digitised and available online here.

Posted by Christina Duffy at 2:41 PM