A book binder for Mr Taylor

Lieutenant Colonel Robert Taylor, the Political Resident in Bussorah (Basra) in 1819 and in Baghdad in 1821, was well known for his personal interest in Arabic culture and for his remarkable collection of Arabic manuscripts and art pieces. Between 1850 and 1860, the British Museum acquired 355 books from his widow. 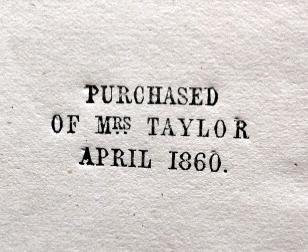 Amongst those manuscripts, there was a group of eight that particularly attracted my attention. The content of these manuscripts, all part of the Taylor collection, date from between 1248 to 1605, and have probably been bound or rebound after being acquired by him. Certain features of the bindings point to the same binder having been used, but some of the differences between their constructions are intriguing too. The following is a collection of observations I have made during my assessment of these fascinating items.  This printed annotation was added by the British Museum on each of the manuscripts recording the provenance and the date of the acquisition.

Starting with the most obvious similarity between these eight items, we shall look at the covers, which are all bound in full red goat leather (see images below). The boards have also been decorated with blind tooling. The tools used are often the same and used in similar patterns, for example, single tools repeated and combined to create the patterns that make the central decorations and the frames that you can see in the following images. 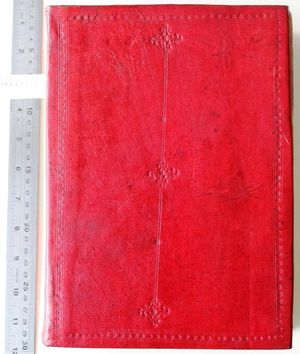 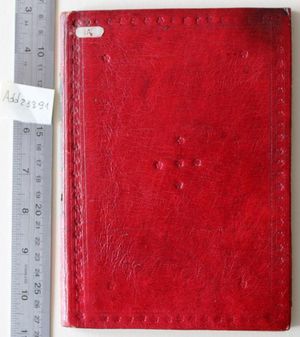 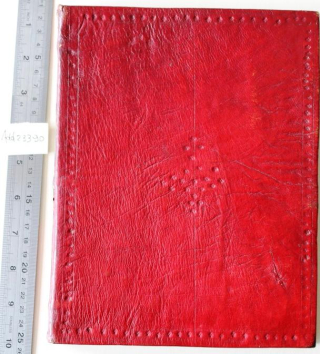 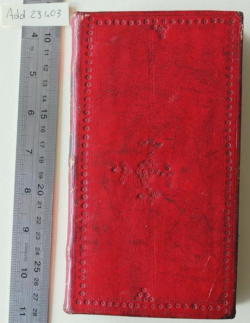 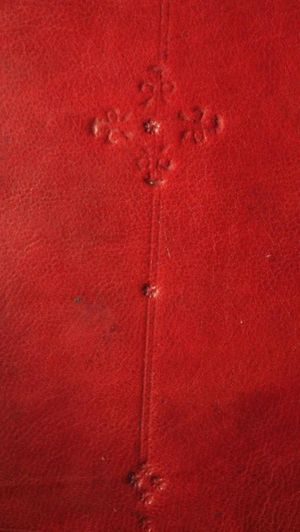 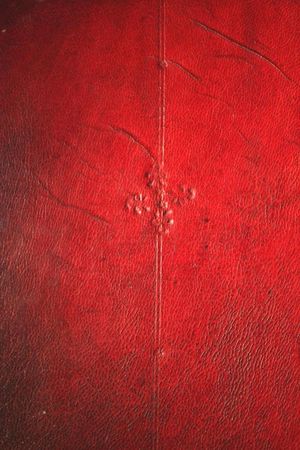 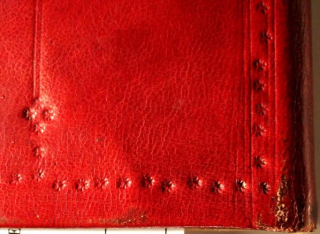 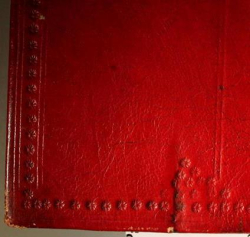 The bindings also present other similarities within the structural features such as end band style and the style of sewing which I will discuss in the following sections.

The sewing of Islamic style bindings, the style these bindings largely correlate to, is commonly characterised by the absence of supports. This means that the book block is not sewn around supports, which in Western bindings consist, in the main, of strips of leather or linen cord. The book block is held together with the thread alone. Strangely, in this case, four of these eight manuscripts would appear to be have been sewn on supports as visible on the following image. This does not correspond to the ‘rules’ of binding styles, creating a type of hybrid. 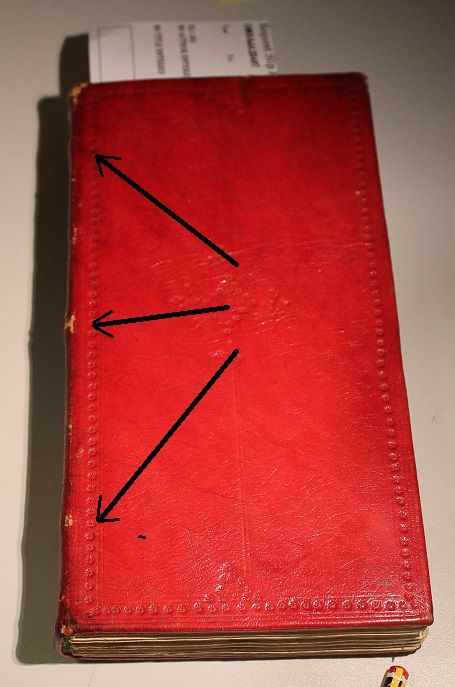 The rows are pointing to the protruding areas on the spine where the supports, possibly strips of leather, bulge under the leather cover 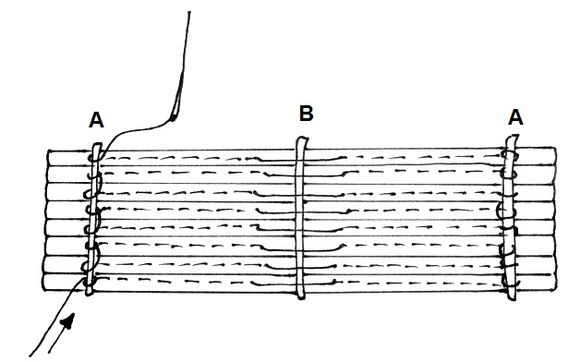 Diagram indicating the sewing structures of four of the books, with three sewing stations sewn around supports, a traditionally Western feature.

Cover leather overlapping on the spine

Three of these eight manuscripts exhibit the peculiar feature of overlapped cover leather on the spine. This feature consists of the leather covering the boards left longer at the inner joint. The extending parts of the leather are attached to the spine of the book block by overlapping them. This can be seen clearly in the following image that shows the detail, at the head edge, of the overlapping of the two layers of leather on the spine of manuscript Add.23387. 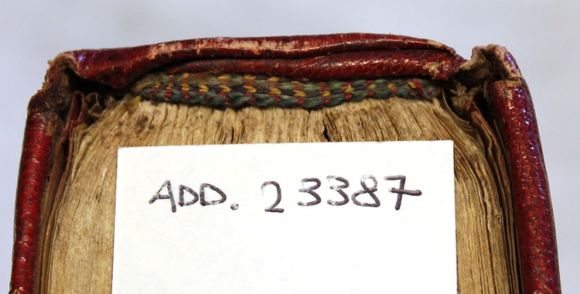 The following drawing shows the construction of the cover where the two boards are prepared separately and attached to the spine of the book block by overlapping the two extensions of the covering leather. 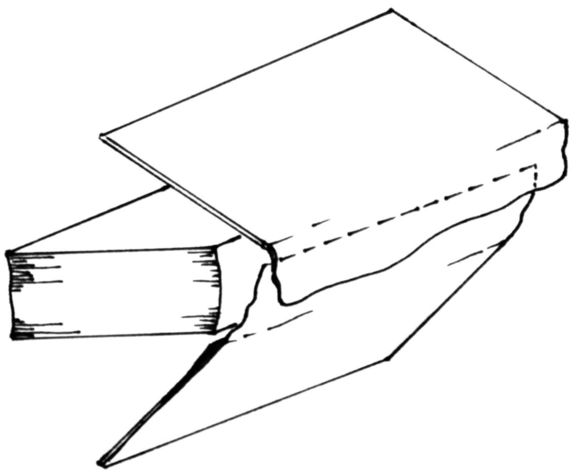 In another manuscript, Add. Ms 23393, this feature initially appears identical, but is in fact the result of a completely different technique. By looking at the book carefully it is possible to see that the two pieces of leather, even if overlapping (see image below) on the spine, are not attached to the spine one on top of the other, but they have been attached together separately to create a fully formed case cover. Once formed, it was attached to the spine of the book-block. 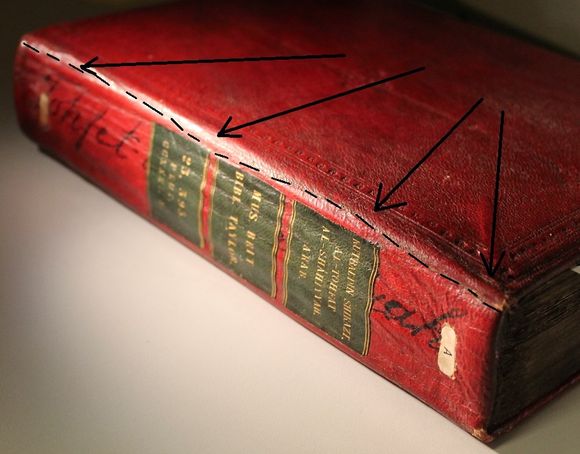 In the picture, taken in raking light, the line of the overlapping layers of leather is highlighted by the black arrows.

The shadow, indicated by arrows in the image below, shows that the piece of leather covering the right board is actually extending under the piece of leather covering the left board. The two separate pieces of leather are not only overlapping on the spine as previously recorded for this specific style, but they are used here to form a cover that had to be fully prepared separately before being attached to the book. This is an interesting twist on a well-documented style. 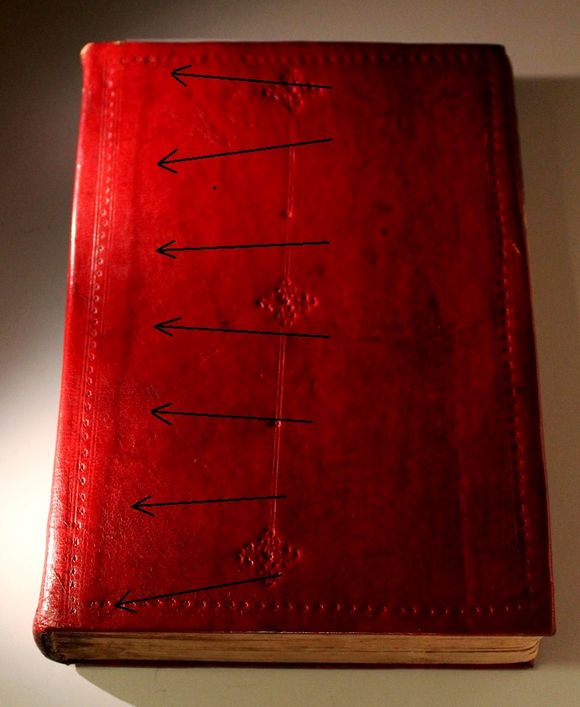 The cover of Add. Ms 23393 was fully prepared before being attached to the book. 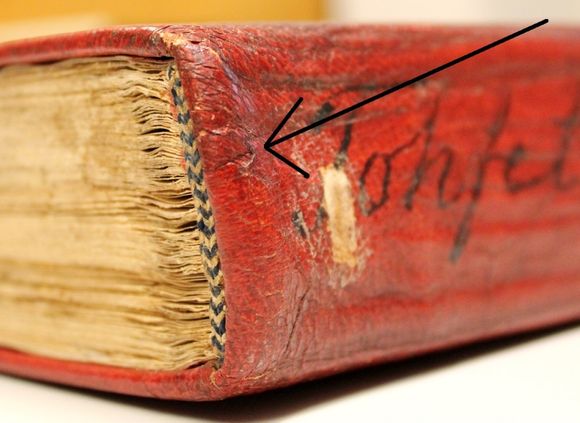 The arrow indicates the overlapping of the leather disappearing in the turn to form the tail cap.

In manuscript Add.Ms 23390 the end band (only the one at the head has survived) is actually made in a western style (see image below) whereas the other 7 manuscripts have end bands executed following techniques and aesthetics of ‘Islamic style’ bindings. 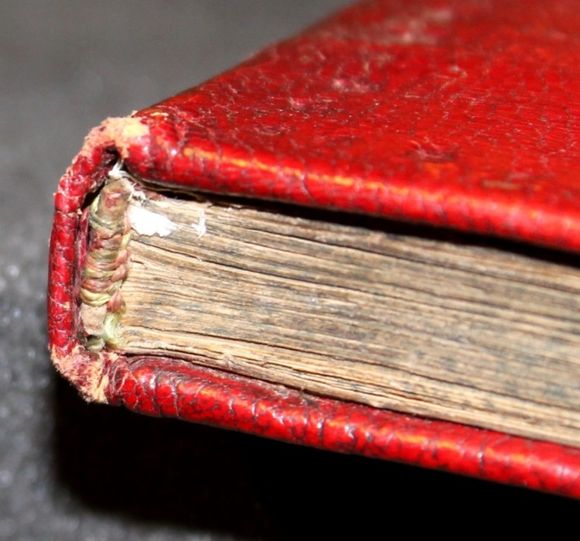 In this image of manuscript Add.Ms 23390 the technique used to make the end band is ‘western’ with the coloured silk threads (Pink, Yellow and Green) passed around a cylindrical core possibly made of cord.

In this image showing the head of Ms Add. 23407 we can see a detail of a typical Islamic style end band. The secondary, extremely elaborated sewing has been created with cream and blue silk threads.

These manuscripts, all with contents dating from different periods (from 1248 until 1610) appear to have been bound or re-bound when acquired by Mr Taylor. If this is the case it would justify the very striking similarities and the consistency in the materials used for their construction and their appearance.

A systematic assessment of this group of manuscripts to collect more information about their bindings would be necessary to draw a better picture of the collection and of the similarities and unexpected differences between their physical features. This could lead us to identify the binder who executed them, giving an insight into the rich history of bookbinding. Further research about Lieutenant Colonel Taylor’s activity during his work as Political Resident could also be carried out within the India Office Records to find records relating to payments made during the acquisition process and possibly the re-binding of these manuscripts. The digitised images will become available online later this year, along with a short article on Taylor, researched by Jo Wright, Content Development Curator for the Qatar Partnership.

Update (July 2017): See this Royal Asiatic Society blog post describing a bookplate suspected to be owned by Col. Robert Taylor. It depicts thirteen different renderings of "Robert Taylor" suggesting he had at least some knowledge of a variety of Indian and other languages.

Posted by Christina Duffy at 9:27 AM