This rather ancient looking Qur’an is deceptively young. In fact, it is thought to date back to the early 18th to late 19th century. The style is typical of African manuscripts originating south of the Sahara, and was presented to Lt. Heygate of the British Army, in Nigeria in 1916. 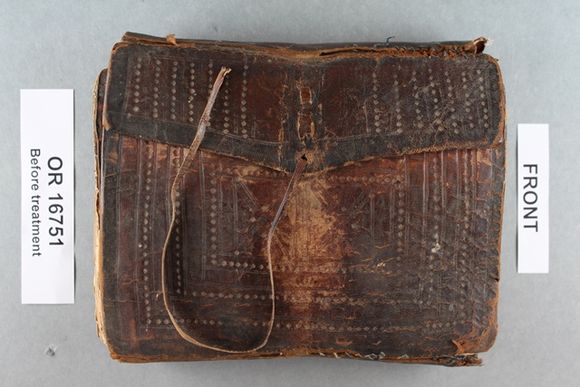 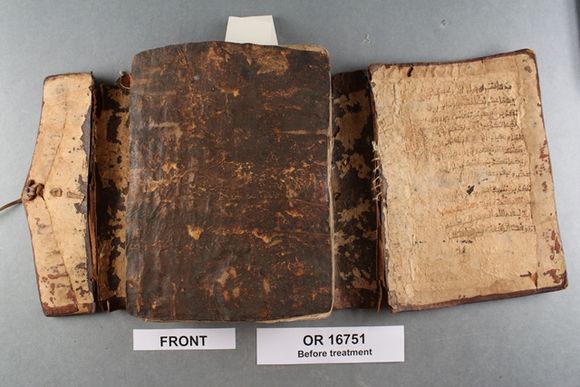 Above: Manuscript in its wrapper. Below: Manuscript sandwiched between its boards with the wrapper open

It has a number of components; starting from the inside, there is an unbound textblock with thick tanned, haired goatskin boards on top and bottom. This in encased in a goatskin wrapper, which then fits into a goatskin satchel. This multi-faceted construction is similar to other 19th-century Qur’ans from West Africa, south of the Sahara. 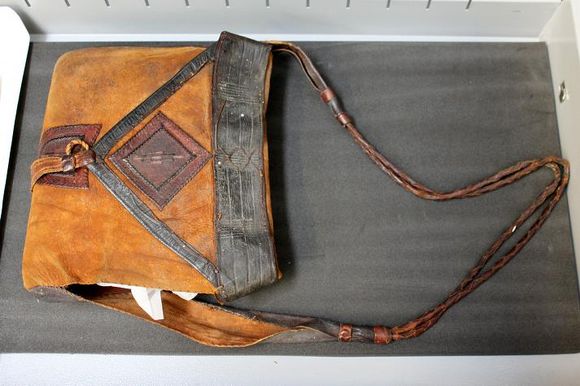 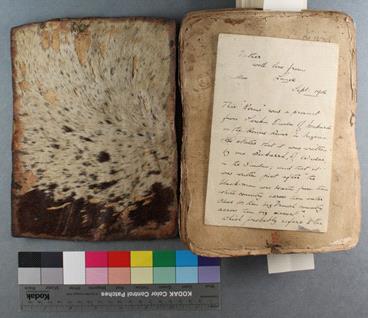 Left: Manuscript open at first page with the letter detailing its origin inserted

As exciting as it is to have this fascinating object in the studio, it is responsible for some real headaches as a result of one particular element of its composition. Before an object comes to the studio to be worked on, a conservator will often carry out an assessment of its condition and write a treatment proposal, estimating the time and materials likely to be used. In this case, when my colleagues carried out the assessment, a large proportion of the textblock was ‘blocking’. This simply means pages were sticking together, which meant that most of the book was unreadable.

Strangely, in the period of time between the book arriving in the studio and the point where I took it out of the safe to work on, around a third of the textblock had released itself. This is not something conservators are trained to expect; most things get worse over time, so to see something improve without our intervention was exciting!

The only conclusion we can come to is that the studio’s environment is slightly different to the one the manuscript came from. The difference in the moisture levels in the air is the most likely culprit. 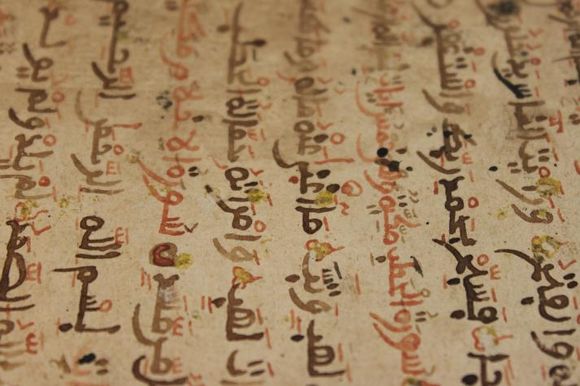 On closer inspection the ‘sticky element’ was discovered to be yellow dots painted intermittently within the text areas. These were tested by our Conservation Science team, and found to be orpiment (a poisonous, arsenic-based yellow pigment) mixed in a medium of gelatine. It is the gelatine that is fairly hydrophilic, which would have softened in a humid environment and stuck to anything in direct contact with it.

So the obvious solution to this is to change the humidity levels around the volume further, to release all of the sticky dots. If only it were simple! The brown ink you can see in the image is most likely iron gall ink, which has been used as a writing medium since ancient times. Its main characteristic is that once it’s a few years old it turns from purplish-black to brown. Another, less innocuous ageing property, is its potential to ‘burn’ through the paper it sits on. The extent of the damage can depend on the recipe the scribe followed to make the ink; some are more acidic than others. But it can also depend on the level of humidity the ink has encountered in its lifespan. The introduction of medium to high levels of moisture, even in vapour form, can solubilise ions contained in the ink, which can catalyse the oxidative degradation of the cellulose fibres of the paper. This leads to weakened paper and potentially a severely damaged collection item. 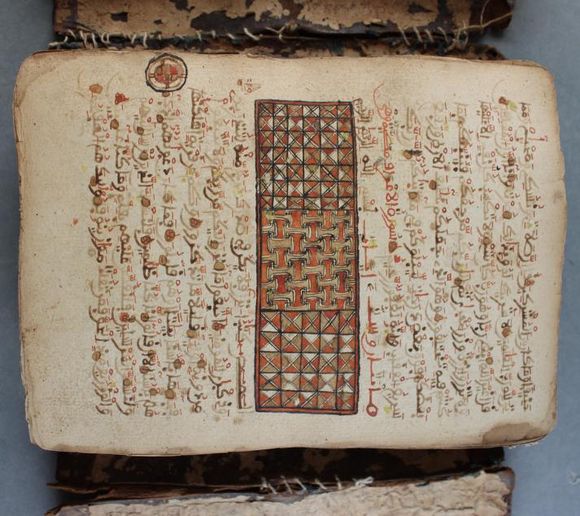 Detail of one of the illustrations amongst the text

So keeping it dry is the best option for the ink, but pulling apart the pages without moisture could lead to skinning off the top layer of fibres, or even tearing paper.

We’re still deciding what to do about this sticky dilemma, but as ever with conservation decisions, we will have to balance our need to enable access by our readers to collection items with the wellbeing of individual items. Never a dull moment!

Posted by Christina Duffy at 9:38 AM