Born on 29 October 1924, legendary bookbinder Bernard Middleton celebrates his 90th birthday this week. Bernard spent much of his life working with British Library collection items at the Library’s bindery, then known as the British Museum Bindery, following his apprenticeship there. 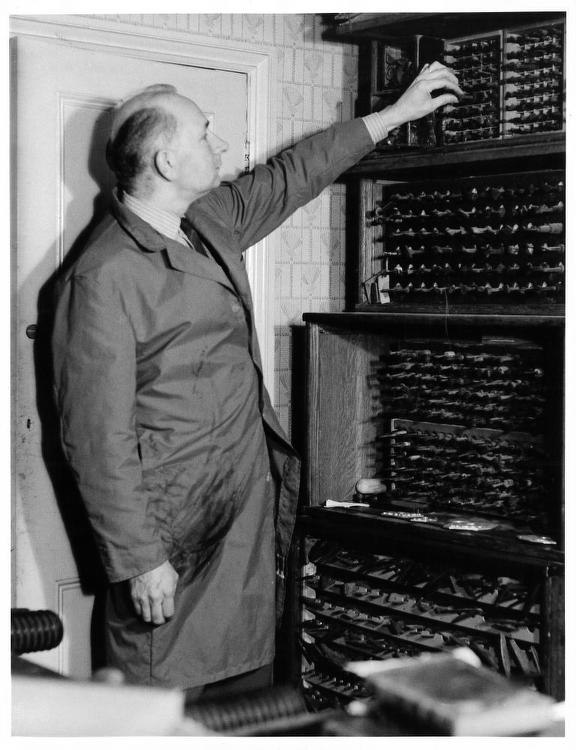 Bernard Middleton was interviewed in 2007 for Crafts Lives* by oral historian Hawksmoor Hughes. Crafts Lives is one of the oral history interview programmes run by National Life Stories, the oral history charitable trust based at the British Library. Bernard spoke about his time at the Central School of Arts & Crafts where he gained a general education and a grounding in bookbinding.

“I was very happy there, I liked it.” recalls Bernard, “I liked the fact that my father had been taught in the same room, 25-26 years previously. And I was taught by his fellow student. It was a very good school – it was regarded really as the sort of Oxbridge of the craft world.”

The Central School of Art and Design was established in 1896 and became part of the London Institute almost a hundred years later in 1986. In 1989 it merged with Saint Martin’s School of Art forming Central Saint Martin’s College of Arts and Design, which today has its campus at King’s Cross, just a ten minute walk from the British Library.

The first thing Bernard was taught was how to fold paper, followed by instruction on how to sew a pamphlet , which he describes as “about the simplest thing one can possibly do in bookbinding”. The class learned the history of the way books developed from the scroll to the codex, and gradually took on more complicated bindings including cloth, leather (half-leather, full-leather), and gold-tooling.

Describing himself as “shy” and “well-behaved”, Bernard recalls the odd mischievous day which included throwing balls of wet cotton wool at the ceiling. “I remember throwing one and it hit the teacher in the middle of the back and stuck on his round coat. I was rather embarrassed when he turned around and saw me.”

When Bernard first came to the Bindery there were about eighty workers there and most of his time was spent making end papers. He quickly gained proficiency by working next to journeymen who taught the apprentices their skills. Bernard learned how to bind both old and new books acquired by the Museum’s Library.

Listen to Bernard Middleton on the British Museum Bindery

It was a hard life, with an initial salary of £1 a week and only a seven minute tea break each day: “We had to stand all day and that was hard work when I first went there. We were allowed to sit down for seven minutes at four o’clock to have tea, not in the morning – you had to stand up to have it then…I think it had been five minutes and then two more minutes were negotiated, and then the deputy foreman would bang with a stick on his press to indicate that we should stand up and get on with our work again.”

Bernard’s subsequent career has included managing Zaehnsdorfs, a large and successful binding firm; establishing his own business; researching and writing on the history of bookbinding and restoration; designing and producing approximately 100 original bindings; as well as receiving many commissions from noted collectors, academic institutions and libraries. He was elected a fellow of the Royal Society of Arts in 1951 and received an MBE in 1986. 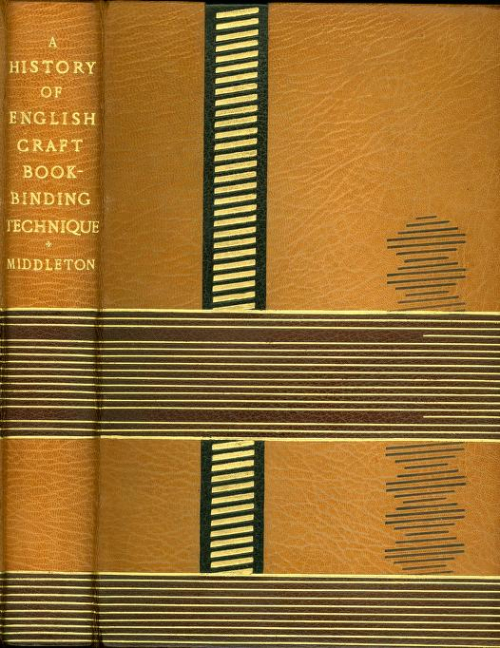 Some examples of his bindings are below: 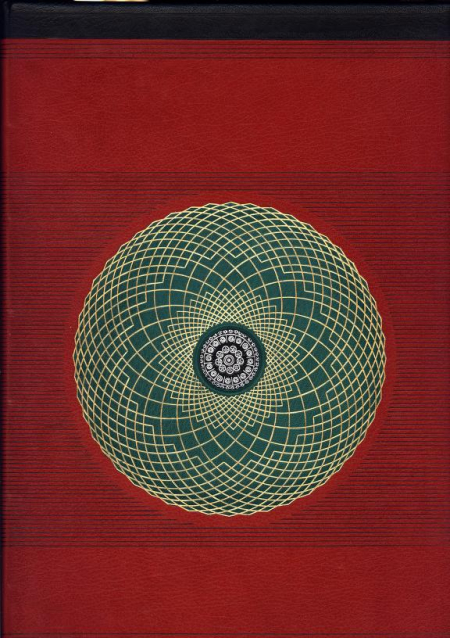 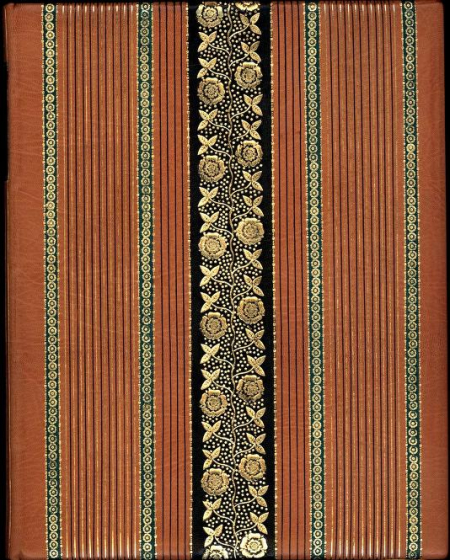 More examples of Bernard’s bindings can be seen at the St Bride Library off Fleet Street in London from 27 October to 14 November, 2014.

“My designs are intended to please the eye, not engage the intellect, principally by the employment of textures, strongly defined shapes and contrasts, and by the play of light on gold, preferably in combination and in a manner which complements the book." Bernard Middleton, Recollections (London, 2000), p.85.

With thanks to Philippa Marks (Curator, Bookbindings) and to Mary Stewart (Curator, Oral History) who edited the audio clips.

*Since the Crafts Lives project started in 1999, over 130 in-depth life stories have been recorded with British craftspeople, exploring both their personal lives and their work in the fields of pottery, glass, metalwork, jewellery, textiles and book arts. In August 2014 over 80 of these interviews were made available to listen to online in their entirety – including 13 craftspeople that work in the area of book arts, bookbinding and letter cutting. Visit http://sounds.bl.uk/Oral-history/Crafts to find out more.

Posted by Christina Duffy at 4:25 PM