There are some binding styles that are inherently sound and will protect the texts within for centuries. In the West, generally they include sewing gatherings of bifolia through the fold with linen thread onto supports such as hemp cords, linen tapes, or slips of alum-tawed leather. Unfortunately, these methods tend to be expensive in time and materials. So the industrialisation of printing in the 19th century led also to new and varied means of holding the leaves together, most of them emphasising speed and cheapness over longevity.

The lowest-priced books had the crudest “sewing” – often stabbing holes through the entire textblock away from the spinefold to oversew the edge, or to pass through fasteners like staples or ties. One problem with this was that the leaves could not open conventionally at the spinefold, and quickly became damaged around the stab holes as readers tried to access text near the gutter.

Around 1880, a compromise was invented in Germany by which wire staples were inserted from inside through the spinefold onto supports such as tapes or cloth. This “wire sewing” seemed a fast and strong method, well suited to books that had to open well, such as music. Development of mechanised through-the-fold book-sewing machines began at about the same time, but took much longer to become economically viable. Thus wire sewing continued in use right through to the first half of the 20th century. Unfortunately, wire sewing has one serious flaw: the wires quickly rust and corrode both the book paper and the spine support. Eventually, they disintegrate and the book falls apart. 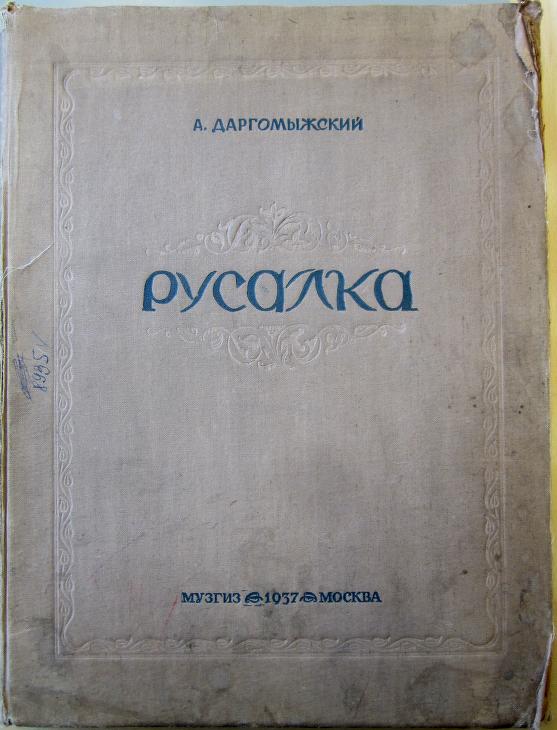 Photo 1: Rusalka (I.339.nn) as received in the conservation studio

Among the British Library’s printed music collections is a vocal score of Rusalka (I.339.nn), published in Moscow in 1937 – not the more familiar opera by Dvořák, but a lesser-known work in Russian by Alexander Dargomyzhsky (1813-1869). This was sent for conservation because the joints had split and the spine-cloth was detaching, but it was quickly apparent that it was wire sewn and much greater intervention was required. 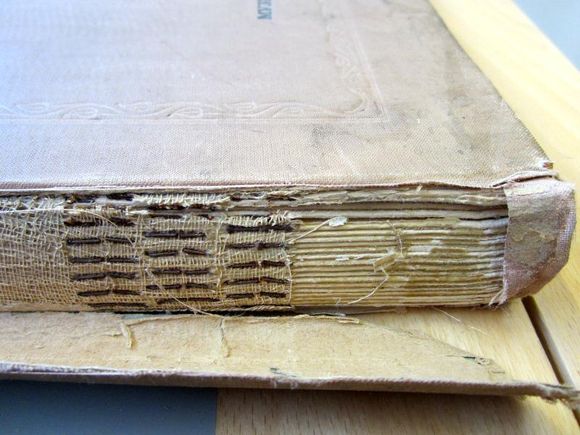 Photo 2: a close-up of the damage to the spine

First, the wires had to be removed. The tines or legs of the staples were gently eased up on the outer spine. Fortunately, the cloth beneath them, though damaged, was intact enough to protect the spinefolds. 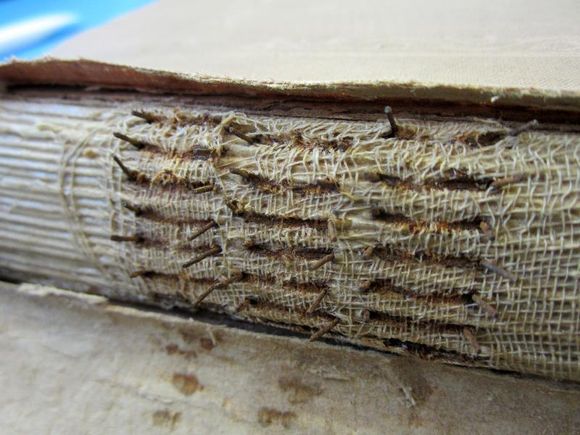 Next the spine was gently rolled onto a length of plastazote (R) which the tines could sink into, both to stabilise the spine and protect the work-surface from scratches. The staples were then slowly worked out from the centre of each section, and the cloth forming the “sewing support” detached easily. 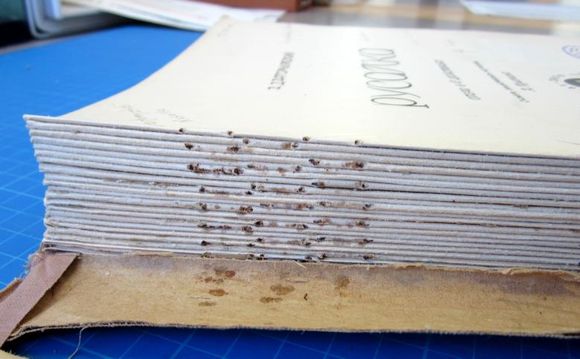 Rust treatment was considered, but this is a lengthy and invasive action and it was found sufficient to brush out loose fragments from the sections. Minor tears to the textblock were repaired. The holes left by the wires were undamaged and could be used for resewing the textblock with linen thread. However they had been staggered on the spine to avoid bulking it at just a few points. One option was to sew through a textile spine lining, replicating the original support for the wires, but it was felt that triple linen tape supports at each station would better control the opening and eventually offer a stronger board attachment. Once this was done, a light spine lining was added. 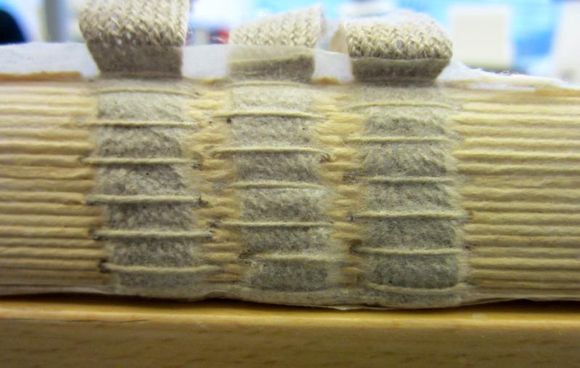 The old case was repaired, supporting the worn spine cloth and split joints. The corners also needed some attention to strengthen the soft, brittle boards and reform the split cloth covering them. Old marks and stains were left as they would not cause further damage and are part of the history of the item. Then textblock and case were rejoined. 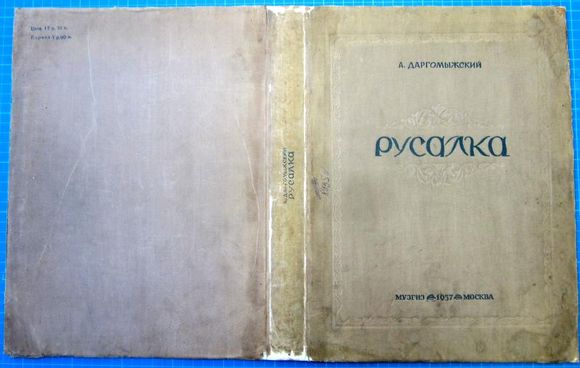 The final result is a music score that sits securely in its original case binding, with leaves that turn well and open flat should it ever be required for performance again.

Posted by Christina Duffy at 9:43 AM