We’re delighted to announce that the conservation team behind the work done on the British Library collections in our latest exhibition Magna Carta: Law, Liberty, Legacy will be speaking at a public event on Friday 26 June 2015 18:30 - 20:30 to share their findings. Speaking on the night in the British Library Centre for Conservation will be Head of Conservation Cordelia Rogerson, conservator Gavin Moorhead, conservation scientist Paul Garside and imaging scientist Christina Duffy. Book your place here. 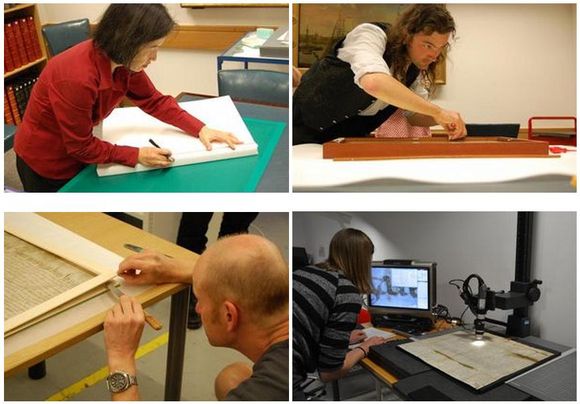 Join our project team of conservators and scientists on 26 June 2015.

The project spanned over three years in preparation for this year’s 800th anniversary of the 1215 Magna Carta and involved the reframing and scientific analysis of all of the Magna Carta charters held in our collections, including the two 1215 original versions. 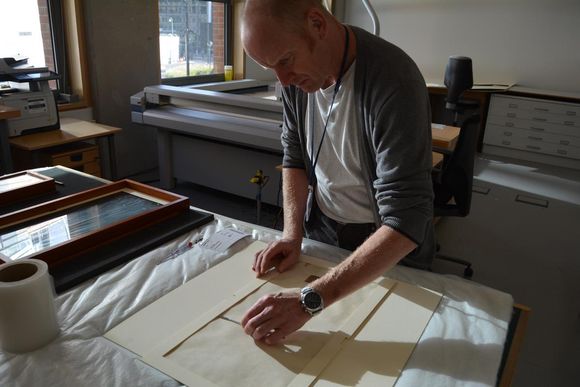 Conservator Gavin Moorhead works on the 1215 Articles of the Barons (Additional MS 4838).

The team undertook an initial examination of the original frames to determine their structure and composition. At the event you’ll hear how probes were manually inserted into the frames to take samples of the air inside in order to determine what kind of micro-environment the charters were living in! The stability and compatibility of new materials, which would be used for mounting in the new frames, was ensured using infrared spectroscopy, pH tests, and lignin tests. 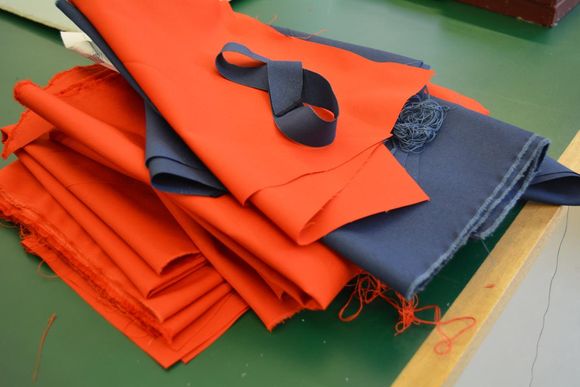 Mounting materials were tested before incorporation into the new frames. Join us to find out what the blue and red colours indicate.

With the frames removed the team had a rare opportunity to investigate the condition of the manuscripts using near-infrared spectroscopy and high resolution digital microscopy. Unpublished images of the ink and parchment at up to 200 times magnification will be shared with the audience. What does 800-year-old ink look like at 200 times magnification?

You will also delve deep into the exciting world of multispectral imaging and see versions of the charters and their seals under ultraviolet and infrared light. The incredible results of the text recovery project on the damaged 1215 Canterbury Magna Carta, from which much of the ink was lost, will be shared.

Once our tests were complete it was time to rehouse the charters – you’ll hear from our conservator Gavin Moorhead about the challenges and decisions required to mount for display one of the most recognised manuscripts in the world which would feature as the dramatic finale to the exhibition. 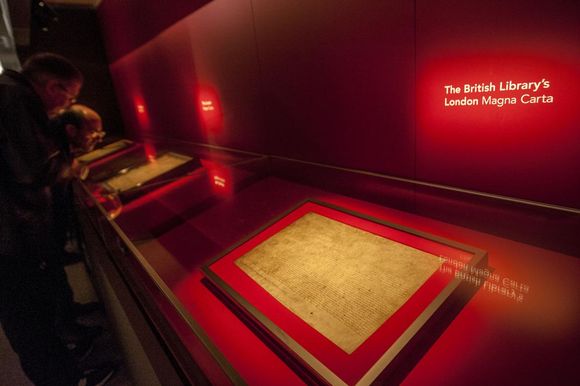 Don’t miss out on this great event and book your place now! We look forward to meeting you!

Posted by BL Collection Care at 11:25 AM