Magna Carta (an embroidery) - now on display at the Bodleian Library 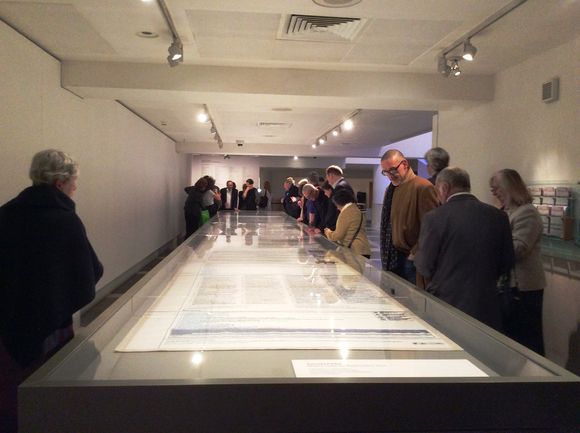 On display at British Library Summer 2015

The piece was a recreation of the Wikipedia entry of Magna Carta – an interpretation of its influence in a digital era. Much of the embroidery was completed by Fine Cell Work.

The stunning pictorial elements were completed by members of the Embroiderers Guild.

Smaller sections were embroidered by named individuals, some notable, Germaine Greer, Alan Rusbridger, Mary Beard to name a few. Others less so – the British Library Head of Conservation, for example, who was privileged to embroider the hallowed words ‘British Library’. 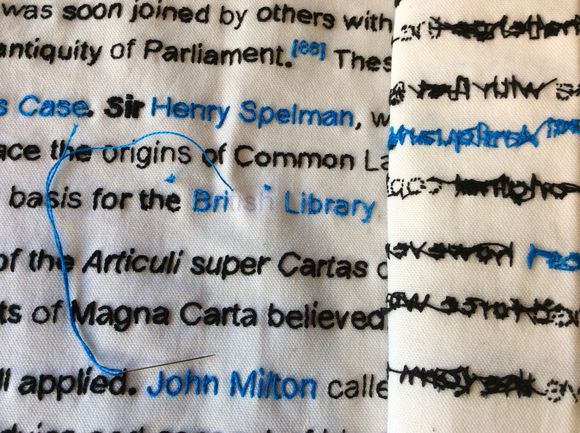 Mid-way through embroidery on the Head of Conservation’s desk, December 2014.

Piecing together the many individually embroidered sections and making it ready for display was completed by the Royal School of Needlework (RSN).  Final touches were completed in the conservation studio at the library by the RSN. A 13 metre long textile was an unusual sight in our studios but given the variety of the British Library's collections, including textiles, nothing fazes us. 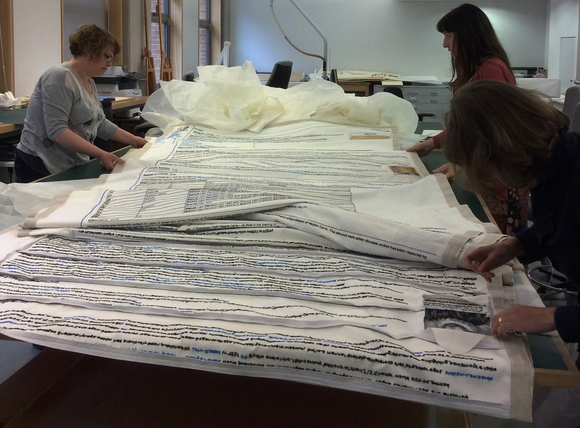 Final touches are made prior to display 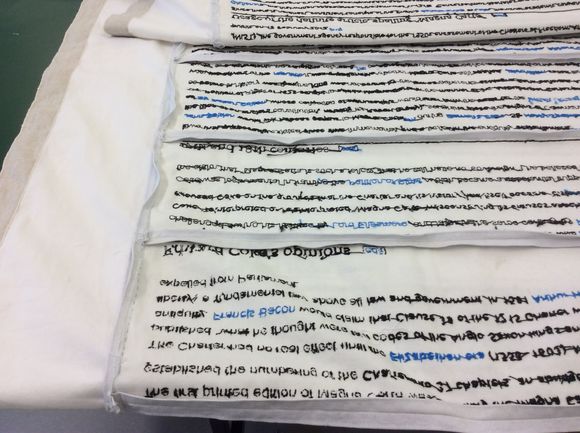 Detail of the reverse of the embroidery

Sadly the British Library had to say goodbye to the embroidery in late July and it travelled to Manchester for a period of display at the Whitworth Art gallery. Yet the project remains a particular favourite in British Library Conservation from recent years, probably because we assisted in the creation of something new – a departure from our usual line of work.

If you have not had a chance to see this fascinating artwork you can now see it at the Bodleian Library in Oxford for a limited period.

Posted by Christina Duffy at 10:52 AM