Magic in Conservation – using leaf-casting on paper and palm leaves

As the library is preparing for the opening of the new exhibition: Harry Potter: A History of Magic, on October 20th, and objects for the exhibition begin to arrive into the studio, our minds turn to ‘magical’ transformations of objects in conservation. Visitors to the studio are often stunned by amazing transformations of objects in our care, particularly when shown before and after photographic evidence of treatments. But our work is not based on tricks, but knowledge and skills, and is far from instantaneous! However, there is one conservation process known as ‘leaf-casting’, which comes nearest to ‘magic’, as understood in the traditional way of things happening suddenly in front of our eyes. Similarly to a performing magician, with prior preparation, a conservator using a leaf-casting machine can transform a damaged object in an instant with the help of paper pulp, gravity, and suction! 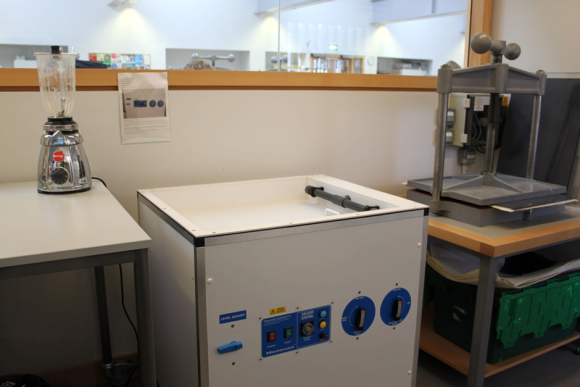 Picture 1: Tools of the trade: A blender to make the pulp, a leaf-casting machine, and a press.

The mechanical pulp repair process only takes less than a minute! Holes, tears and missing areas disappear, as if by magic once the paper item is put into a leaf-caster! 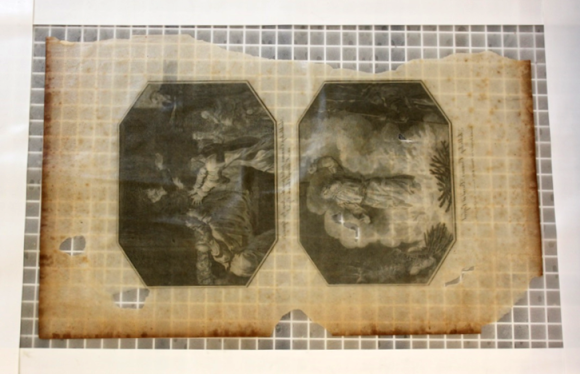 Picture 2: A paper item placed on the grid in the leaf-caster and masked off. 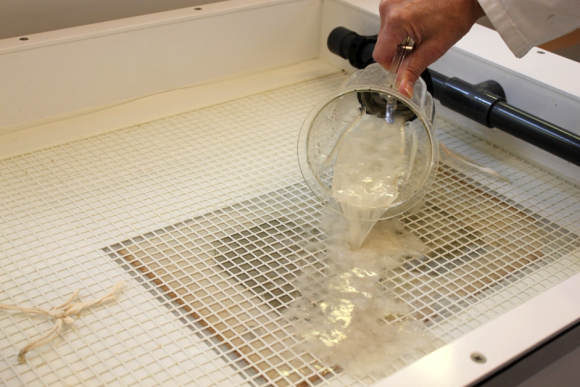 Picture 3: Next, the leaf-caster is filled with water and paper pulp poured into the machine. 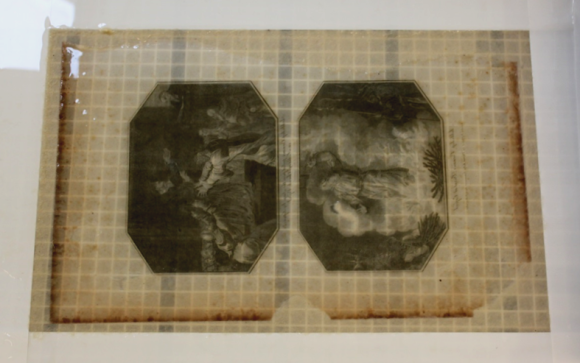 Picture 4: The missing areas are filled with paper pulp once the water has been sucked out of the machine.

The leaf-casting process draws on the principles of papermaking and is particularly successful for large-scale repair of damaged artefacts. Our test repair, illustrated above and below, shows the torn edge and holes seamlessly covered by new paper fibres with the repair being more visible in the areas round the edges where the degradation of paper fibres was most pronounced. 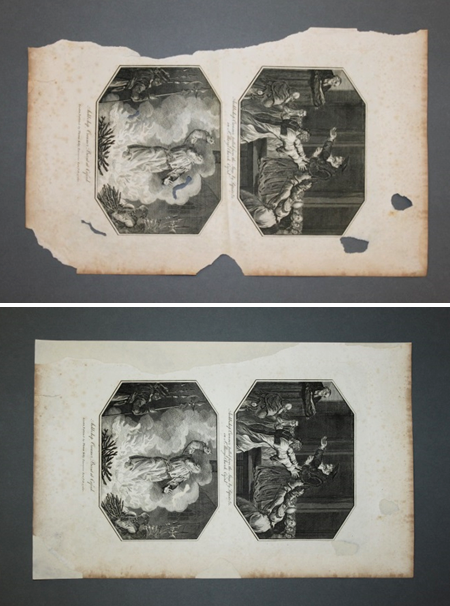 Pictures 5 & 6: The damaged paper before and after leaf-casting.

Although the process is mainly used for paper, it has also been tried out on palm leaves as part of the final research project carried out in the Copernicus University in Torun, Polandi. The process was not widely known, but offered a real opportunity for dealing with a large amount of damaged material in a more efficient way than it had been done previously. A Tamil manuscript - Sri Vaishnava Sect doctrines by Pillai Lokacharya - written on 256 leaves was a case in point.

A variety of treatments were tried out on the leaves before they arrived in our studio. They had very old string repairs, and roughly 25 of them were treated using fish glue and palm leaves to repair the missing areas. Pictures 7 and 8: Examples of older string mends and a palm leaf repairs respectively.

The remaining leaves showed varying degree of damage ranging from worm holes, breaks, damaged or missing ends and edges. Some were totally fragmented with the text completely lost. 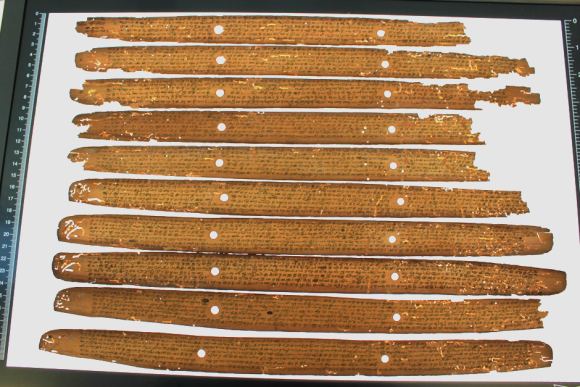 Picture 9: Typical damage to the leaves (1-10) made more visible by the light table.

With no undamaged leaves left in the batch to be conserved, I suggested that we try the leaf-casting on leaves that have suffered severe loss to the base material. Before the process started, the inks incised into the palm leaves had to be tested and proved to be stable. The leaves were leaf-cast in batches of 5 using toned paper pulp. Once they were taken out of the machine, they were dried, pressed, cut into individual strips, faced with toned Japanese tissue and cut to size using a template.

Pictures 10 & 11: Leaves in a leaf-caster and dried respectively.

Pictures 12 & 13: Leaves cut into individual strips, faced with tissue and cut to size.

The template gave a rough idea of the length and width of a leaf, particularly if it had ends missing or was incomplete. It was not meant to make them uniform, keeping those with undamaged ends or with a natural curve unchanged. Below are two batches of 10 leaves from the manuscript before and after conservation.

Leaves with less damage were not put through the leaf-caster, but mended by hand. A surgical needle was used to insert toned paper pulp into worm holes, and small missing areas. A piece of blotter paper was placed underneath for absorption of excess water. 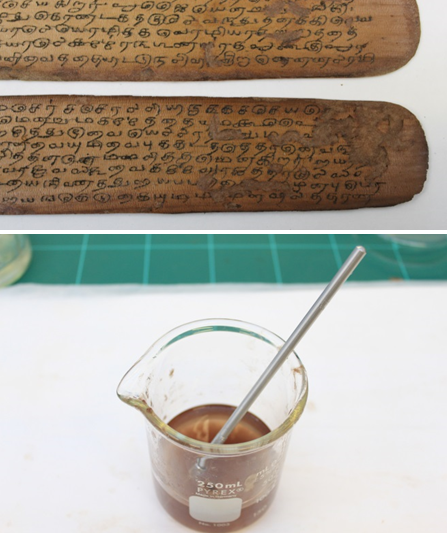 Pictures 18 &19: Showing an example of leaves mended by hand and a beaker with toned paper pulp and the needle used for mending.

The leaf-casting technique used on the palm leaves had several advantages. It returned some flexibility to the leaves, making them less brittle, and it was also a time saving treatment when compared to the traditional repairs using palm leaves. The before and after photographs of the treatment have this magic ‘wow’ quality of seeing items transformed not by a magician, but by a skilful practitioner!

Notes: I would like to thank my colleague Lorraine Holmes for training us to use the leaf-casting process, and for helping me with the conservation of palm leaves.

iThe conservation procedure to repair the palm leaves manuscript from Cambodia was developed as a final conservation project by Anna Hałucha-Lim in the Copernicus University in Torun, Poland – for details see:

Posted by Christina Duffy at 11:31 AM