My name is Wanda Robins, and I am studying book conservation at Camberwell College of Arts, in London. A key component of the Camberwell program is to provide students with ample practical work experience in historical institutions to consolidate the theoretic knowledge gained at university. In addition to one-day per week placements throughout the school year, every student completes a four to six-week summer work placement between the first and second year, which is an opportunity to work on more complex projects and experience full time work in a conservation studio.

I was fortunate to have my placement at the British Library Conservation Centre (BLCC) and had an opportunity to work on an exciting project to rehouse two 12th century parchment charters that were gifted to the British Library from Abbey College, Ramsey.

Ramsey Abbey was a Benedictine abbey founded in AD 969 in what is now Cambridgeshire. The two charters bear the seals of Henry I (king from 1100 – 1135) and Henry II (king from 1154-1189) and grant the surrounding land to the Abbey.

The curators and the conservation team determined that the charters should be rehoused due to the acidic mount board and the frame was not well sealed. It was also apparent that the charters were pasted down to board, which constricts the natural movement of parchment, and would ultimately be detrimental to the charters. 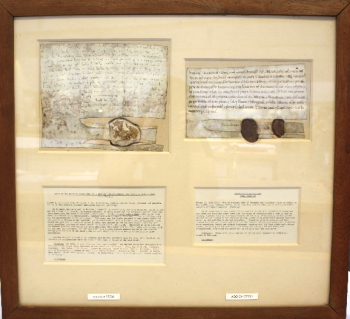 Original frame and condition: frame has gaps and is sealed with tape on back. 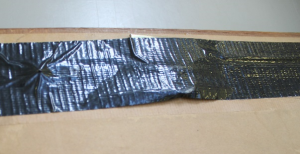 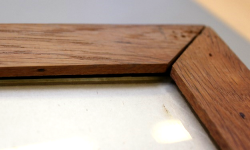 Charter with Seal of Henry I, in original housing. 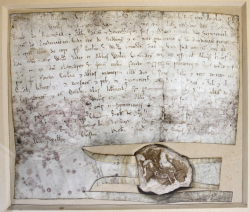 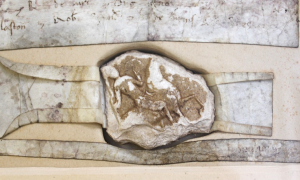 Charter is fixed directly to board backing. 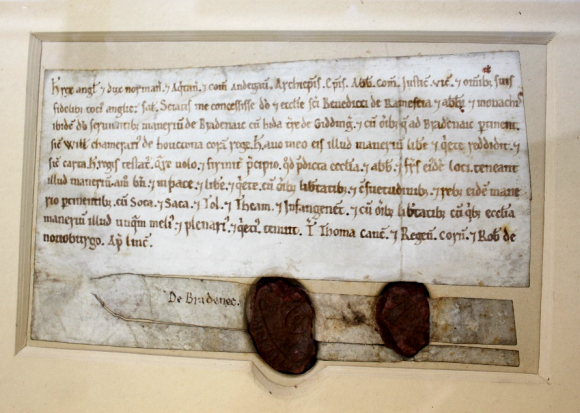 Charter with Seal of Henry II, in original housing.

Taking the charters out of the original housing proved to be a bit of a challenge – it turns out that someone took a great deal of time to engineer a safe way to mount the seals so they could be set safely within the mount. The seals were set within tubes with cotton pads and cotton wool. 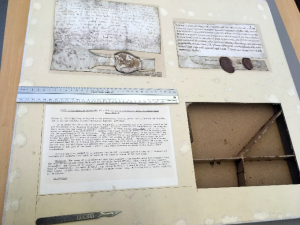 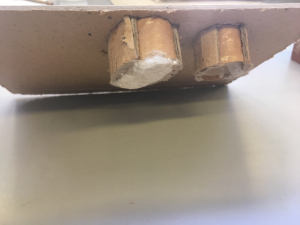 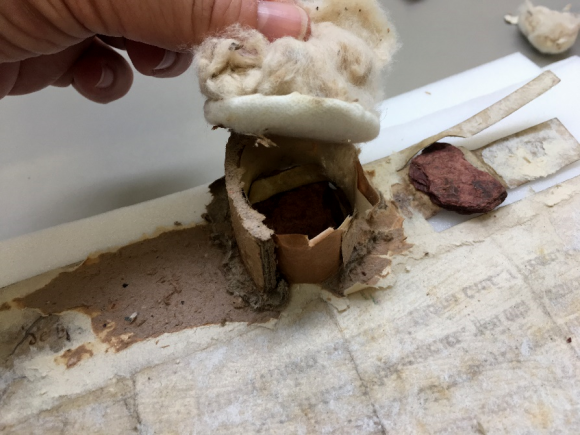 To lift the parchment off the backing board, we tested with an 80/20 solution of isopropanol to water, which proved effective. 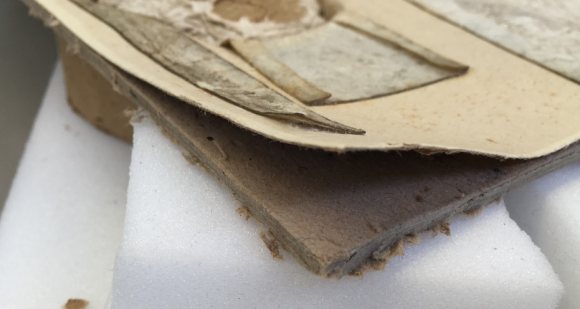 Once we had this worked out, I worked from the back and removed layer after layer of the backing board, moistening with a damp sponge. Once I reached the back of the parchment, I used the isopropanol/water solution to reactivate the animal glue so I could remove it with a micro-spatula. 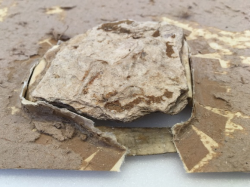 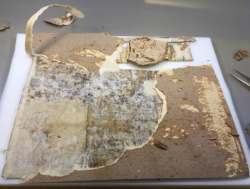 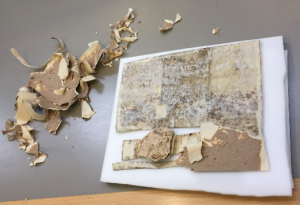 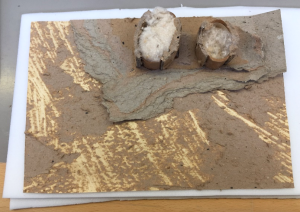 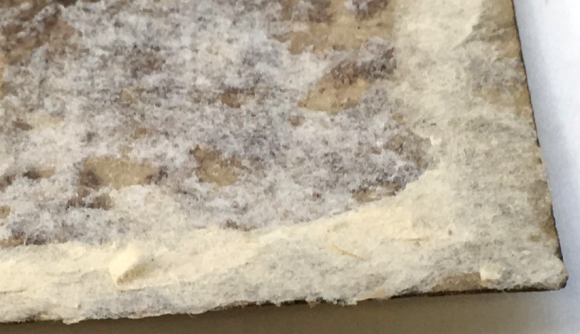 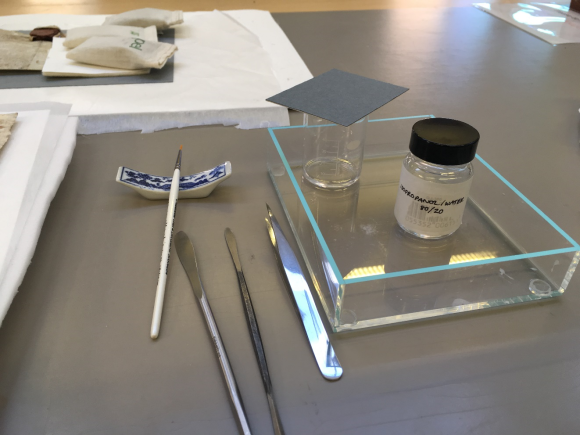 It took me several days to get the backing off and in the end, I couldn’t remove everything. There was a notable difference in the two charters, as the older one was much more degraded, so we decided that we would leave a skim of the paper backing and not risk damaging the parchment further.

Once all the backing was removed we found additional writing on the verso of the charter. 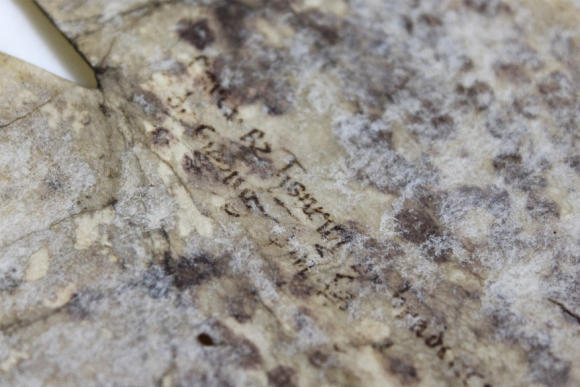 During the cleaning process, we noticed that the seal of the older charter, though likely wax, has a grainy texture, and was shedding bits and granules. One of the senior conservators recommended that we consolidate it with a synthetic adhesive, Paraloid B72. 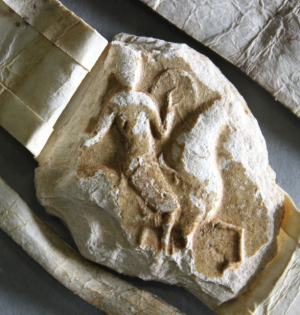 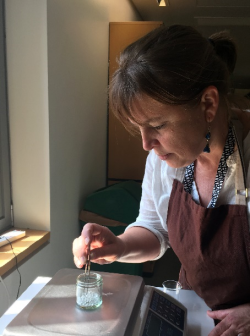 Finally, to work out a new mount and storage for the charters, we discussed various ways of tabbing the charters to fix them to a mount board. We planned the tabs first. 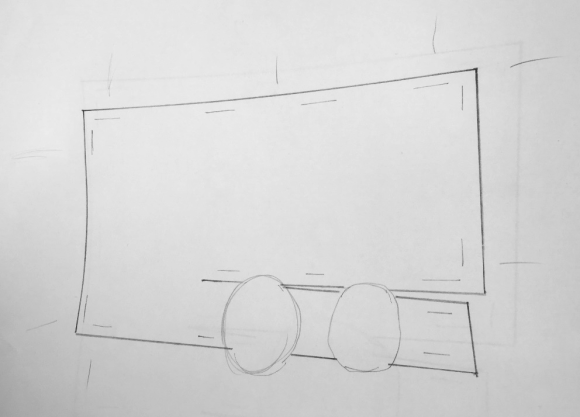 Using a light Japanese tissue, we attached small splints to the verso to keep the various strips of parchment in place and protected. 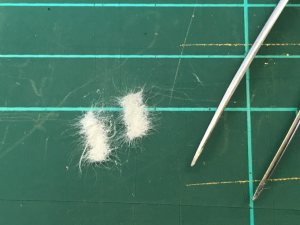 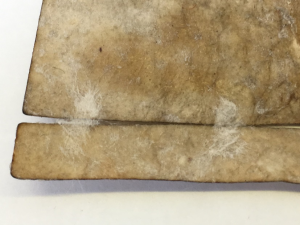 We cut uniform sized tabs of Japanese tissue with a water pen and attached these to the verso with a light application of wheat starch paste. This can easily be removed in the future, if needed. 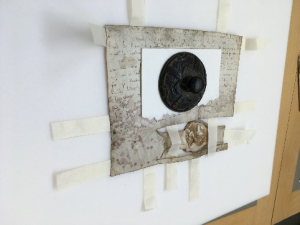 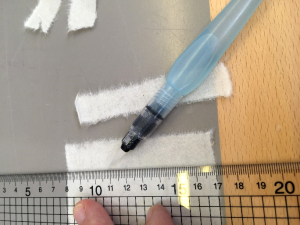 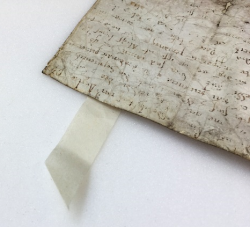 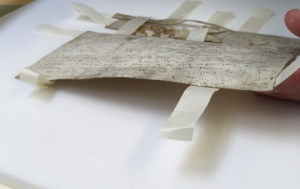 Once the tabs were adhered to the verso of the charters, we cut slits into a sheet of Plastazote foam and pushed the tabs through the Plastazote so that they would not be visible from the recto. 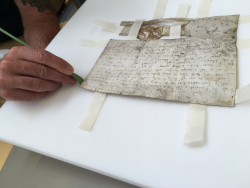 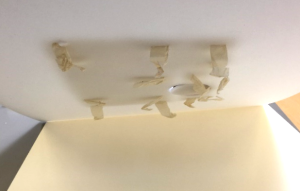 The effect was a bit like the charter is floating on top of the foam. The charters are secure and they cannot move around. The Plastazote could also accommodate a small indentation cut into it to support the wax seals

Within its new mount board: 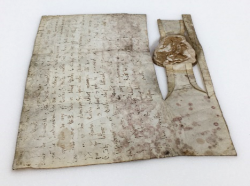 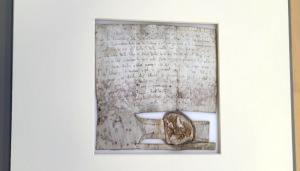 I was able to get both charters and the two descriptive labels all housed and ready for a new box. It was a really exciting and interesting project to learn about and get to experience. I am so grateful to the various staff that supported me and helped me through it.

During my month at the BLCC I was given the opportunity to share this project with three different public tours. This was really fun and also meant a lot to me as I as I had first become interested in conservation by attending a public tour of the BLCC in 2015.