Conservation and Storage of the Panorama of Lahore

‘Panoramic Depiction of the Fort and Old City Walls of Lahore’ is a rare scroll painting of the city walls by an unknown artist and dated broadly between the late 18th and early 19th century. The panorama of the city of Lahore arrived into the conservation studio tightly packed into a small custom made box measuring 71 mm x 193 mm x 71 mm. 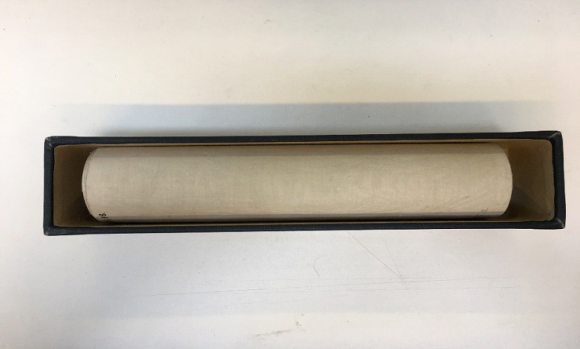 Picture 1. The scroll in its original box.

The box and the item looked unexciting until taken out of the box and opened up. But even then the tight storage made it difficult to appreciate fully the exquisite detail of the painting without damaging the scroll and risking the loss of pigments. The panorama could only be seen in small sections. The scroll did not lie flat, had a cracked surface and a tendency to curl with pigmented areas detaching, particularly in areas where panels of the scroll were joined or cracked. 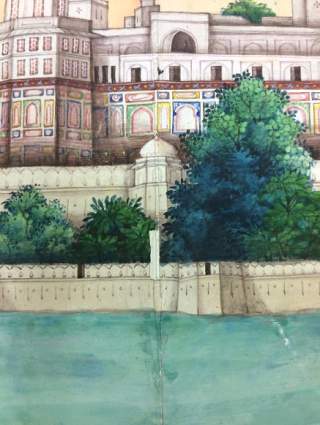 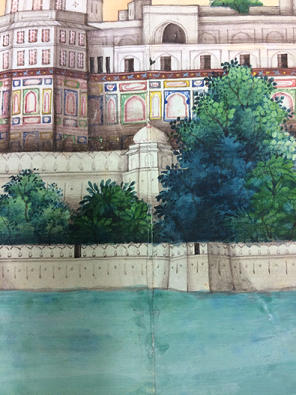 Pictures 2 and 3: showing a damaged area of the scroll along panel joints before and after conservation.

Once the conservation was carried out to consolidate the pigments and the paper support, and to relax and flatten the tightly rolled scroll, it became obvious that the old box was no longer fit for purpose. In consultation with the lead curator, Nur Sobers-Khan, it was agreed that a Perspex mount (holder) with moving rollers needed to be designed, to enable viewing of larger sections of the scroll without handling the object.

The scroll is often requested by readers, researchers, scholars and historians, interested in studying the painting for its historical, artistic and cultural aspects. The whole panorama of the city measures 2.5 metres, therefore, a larger opening of 55 cm in length of the scroll was considered adequate for viewing and studying it at one time. The construction of the Perspex mount with moving parts and the diameter of the rollers were agreed with the maker, Jonathan Hoskins, who has constructed a similar mount previously for a scroll shown below. He also regularly designs and makes mounts for 3D object for our exhibitions.. 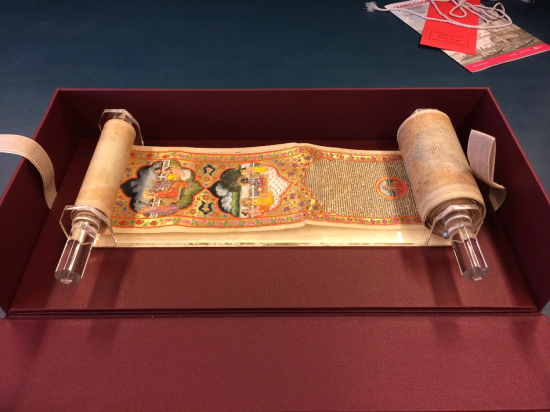 The scroll above, although a lot longer than the panorama, is narrow and attached to thinner rollers while the Panorama of Lahore can be taken off the rollers and displayed in its full length, if needed. Due to the previous damage to the painting which restricted its viewing, the rollers were designed to be larger in diameter. This ensured that the panorama is no longer rolled as tightly as before and that the panel joints lie flat when viewed. 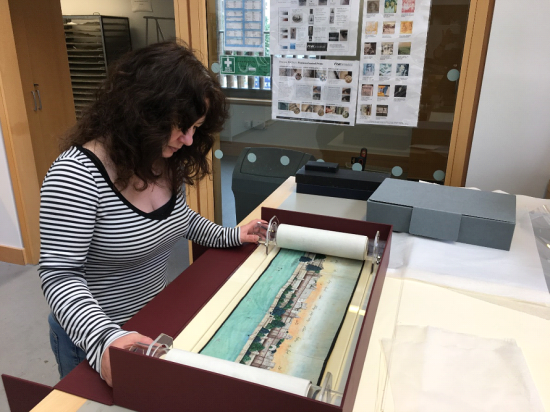 Picture 5, showing a colleague viewing the scroll and testing the mount.

The painting of the walled city of Lahore was much appreciated while in the studio by the public visiting the conservation studio. When viewed from a distance, its beautiful turquoise surroundings often mistaken for the sea until an entourage of people and elephants was spotted when further unrolling the scroll! 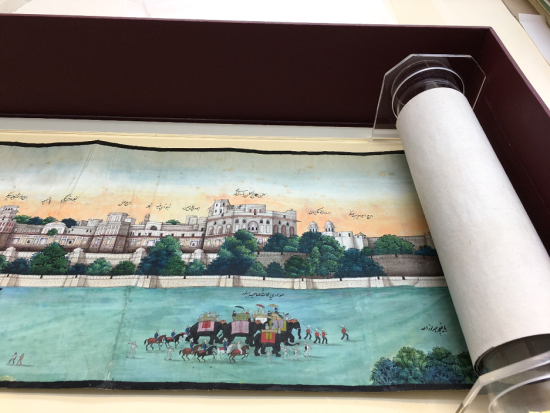 Picture 6: Entourage of people and elephants.

The painting of the city of Lahore can be viewed and appreciated for its artistic value, but it also is a capsule in time showing the city with its walls intact during the Sikh rule. The walls were later pulled down and the course of the river Ravi altered. The river no longer sweeps by the city walls, as shown in the painting. 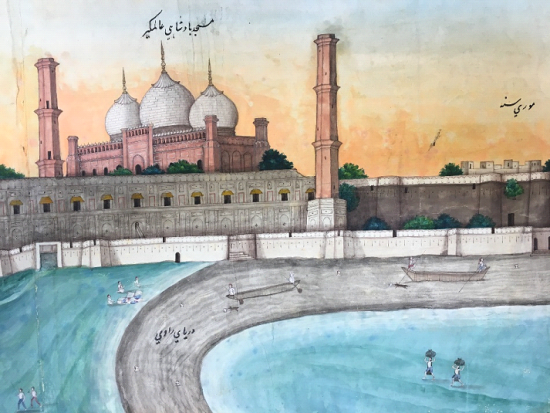 Picture 7, showing the river Ravi flowing by the city walls. 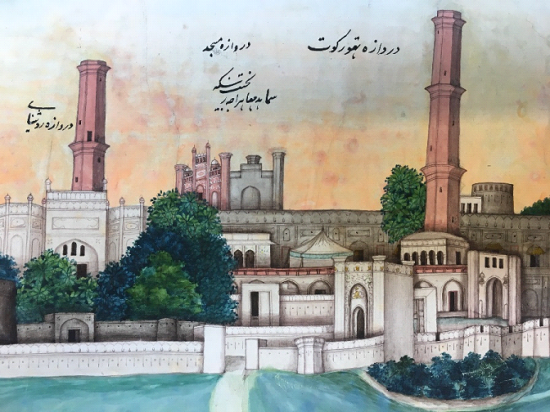 The present conservation of the Lahore scroll and the new mount for the scroll would enable easier and safer access to the scroll in the future, which in turn would add to the research and knowledge of South Asian history and culture, and perhaps …. solve the dating conundrum!

I would like to thank everybody involved in this project, in particular – curators - Nur Sobers-Khan, Manzo Pasquale and Saqib Baburi for information about the items discussed in this blog as well as Jonathan Hoskins for making the mount and Rick Brown for helping me construct the box and gold-tooling it.

Posted by BL Collection Care at 7:40 AM