The Mahārnava, Conservation of a 19th Century Birch Bark Manuscript 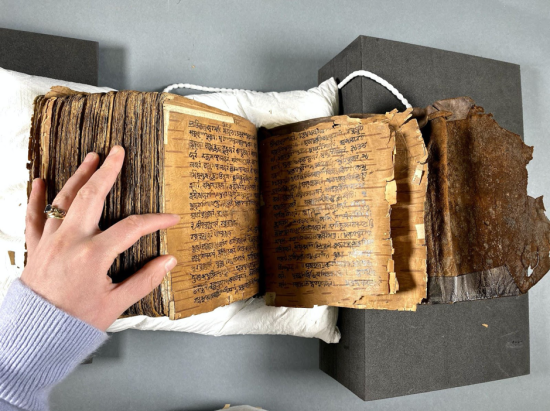 The British Library has a large collection of birch bark manuscripts. This particular manuscript was flagged for conservation because it was requested for digitisation. Unfortunately, due to its condition it was unable to be safely handled.

This manuscript known as The Mahārnava, from Kashmir, was written in Śārada on birch bark and dates from the 19th Century. The text discusses Hindu religious law (Dharmaśāstra) dealing with practices for removing and healing diseases and bad influences resulting from the deeds in a former life (Karmavipāka). 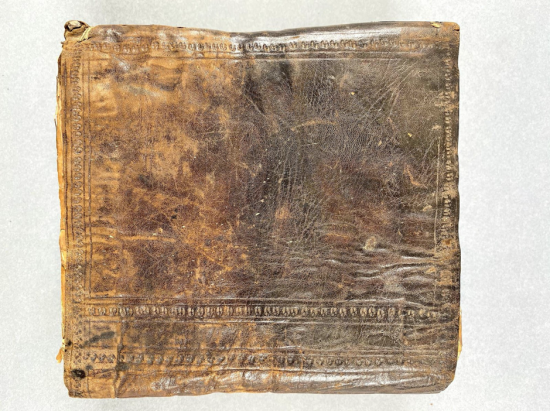 The text was compiled probably in the 14th century, and so the text isn’t so uncommon, however this manuscript still has its original limp vellum cover, which makes this example quite unique. The treatment plan for this object needed to fit for purpose, dealing with it more as an object rather than a manuscript that would be requested and used as a book. 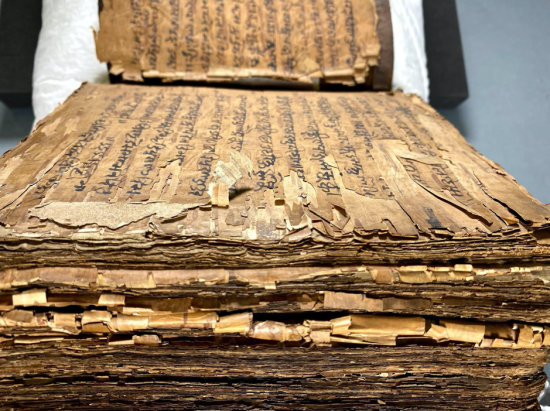 Made from the bark of birch trees, each page is made of a laminate of birch bark - in this manuscript laminate of pages vary from 3 to 7 layers of birchbark. Layers of birch bark are held together from the natural resins and gum found in the birch bark, however overtime they naturally dry up and lose their adhesive properties, leaving many pages delaminated. 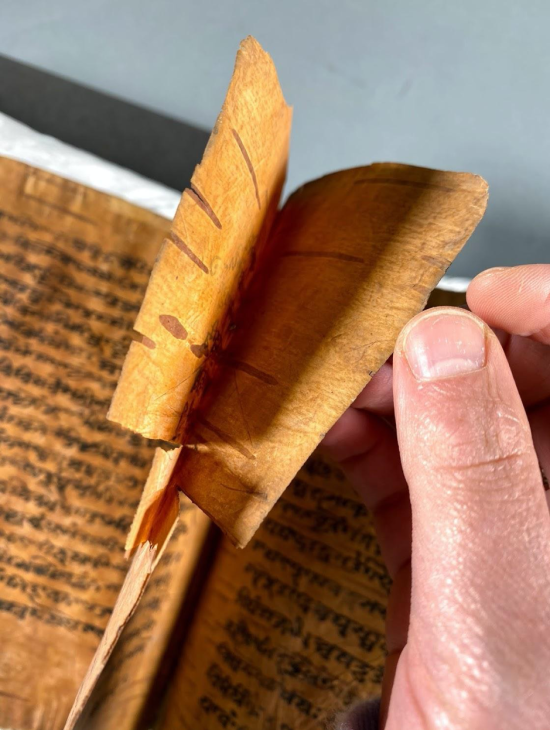 Almost all pages suffered from large tears and cracks, predominantly following the horizontal grain of the bark. The general fragility from inherent acidic characteristics of birch bark are made worse by the horizontal brown nodes which are more brittle than the surrounding bark due to a higher concentration of lignin, a material that gives off acids as it ages. The nature of this material and method of production required a much different repair technique than would be employed for paper-based objects. For paper repairs stabilising a tear with a Japanese tissue on the recto or verso is a common technique. However, with this manuscript being made up of a laminate of organic material, it required a more considered approach.  Keeping in mind a balance of tension, and the many layers making up each sheet, a weaving technique was used to weave the repair tissue between the delaminated and cracked areas, where possible. 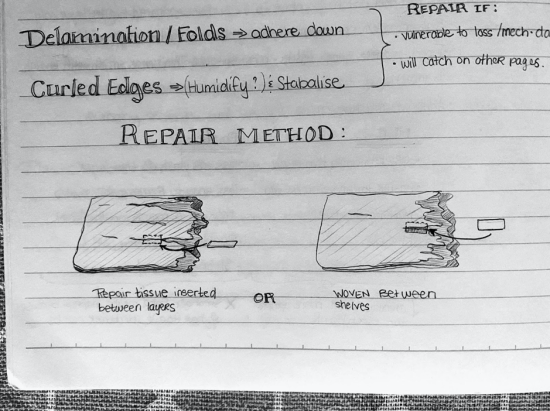 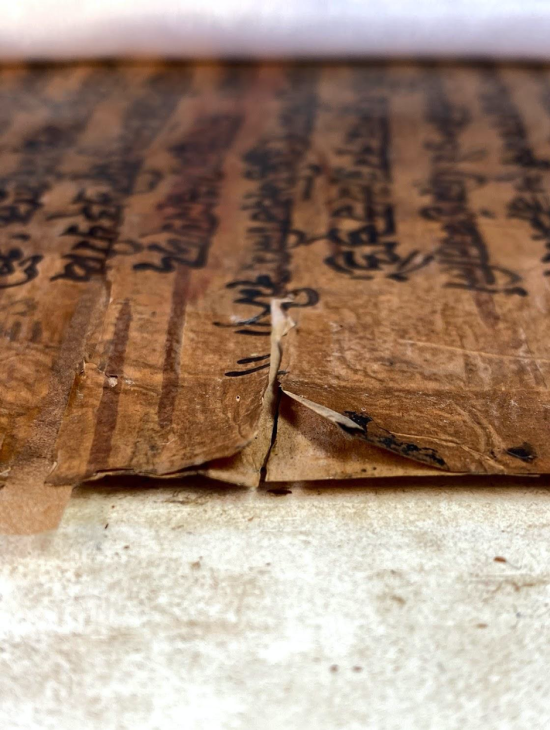 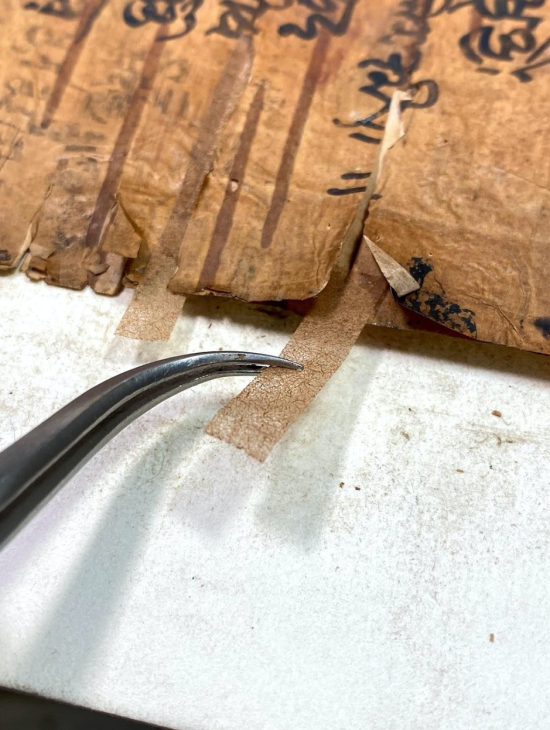 Methyl cellulose 4% was chosen as the adhesive for its elastic nature, allowing the repairs and original material to flex naturally, and not become stiff as the old repairs.

Pages that had become loose were reattached to each other, weaving the tissue around original sewing to secure them in place. 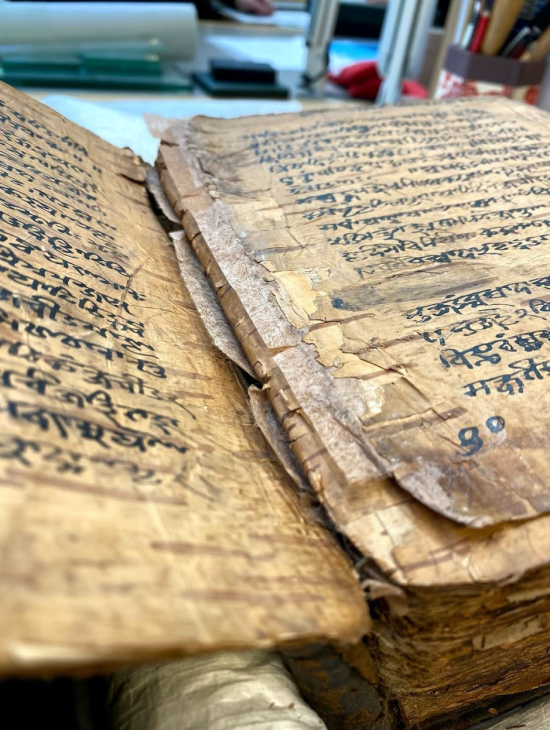 Figure 12: IO San 3251 Japanese tissue hinges attached to both pages. Adhesive is applied to the Japanese hinges and attached to one another, repairing the broken spine fold.

All repairs have been carried out and now the manuscript is able to be safely handled, pages can be turned without risk of further catching and tearing. Digitisation will be the next step for this manuscript so it will be available to a much wider audience, with minimal disruption to the physical object. 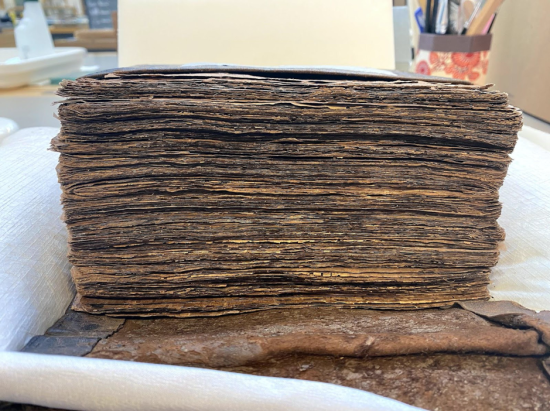 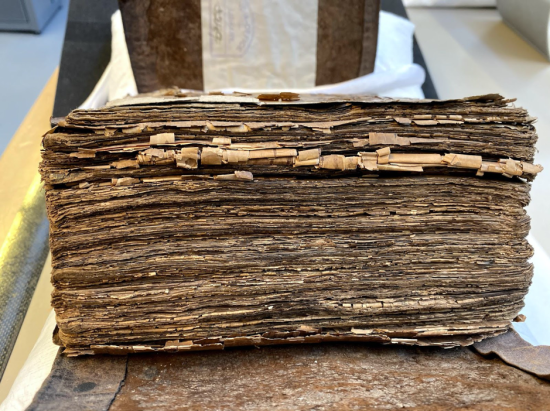 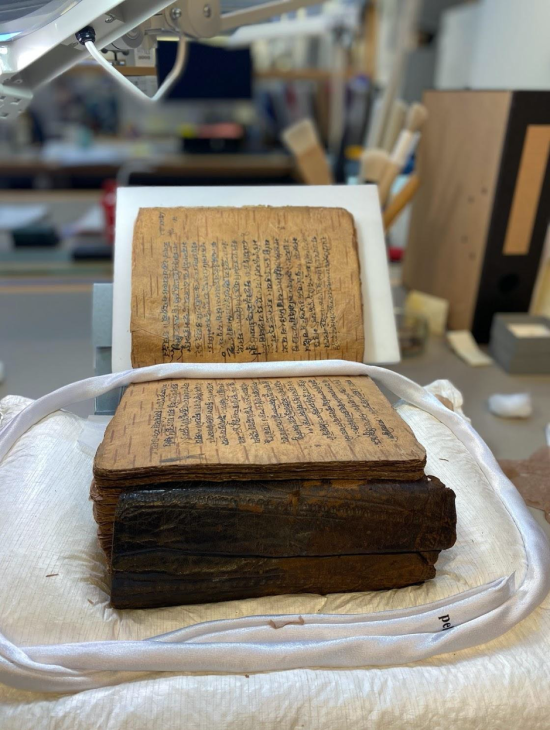 Posted by Christina Duffy at 6:22 PM