“….some say word clouds are the mullets of the internet”

This week we had the lovely and so very talented Mia Ridge over to the Library to show a room full of curators and staff from across the library the beauty (and sometimes less so) of Data Visualisation for Analysis in Scholarly Research. 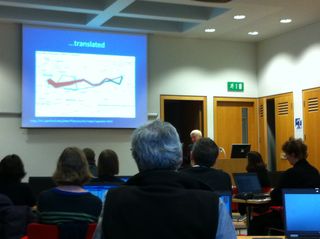 Can you identify this famous 19th Century visualisation to which Mia is referring?

The course is part of a 2-year internal Digital Scholarship Training Programme the Digital Curator team dreamed up last year and officially launched this winter. Our goal with the full programme is to give hundreds of curators at the British Library the opportunity, space and support to delve into the key techniques and tools that define digital scholarship practice today. The ultimate aim is to equip ourselves with the appropriate skills and insight for supporting all you clever digital researchers out there! 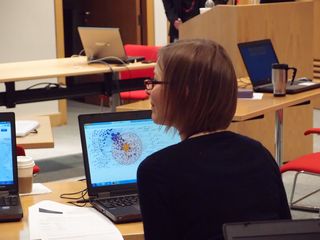 What we've created, in partnership with our excellent batch of instructors hailing from all over academia, is a whopping fifteen course curriculum. Covering a wide range of digital scholarship topics tailored specifically to the Library, each one-day course will be run repeatedly over the next few years to make sure all of our colleagues get a chance to participate. From Introduction to Digital Scholarship, Basics of the Web, Text Encoding Initiative, Geo-referencing, and Linked Data and API’s in cultural heritage, our curators are getting their hands dirty in the world of bits and bytes and it’s a truly exciting time to be at the British Library! We’ve got a lot of territory to cover in what is actually a rather small amount of time but it has been a heck of a lot of fun so far and I’ll share insights from future workshops with you here and via my twitter handle @ndalyrose. Stay tuned!

Visit Mia’s resource page for a peek at some of the topics covered in Tuesday’s course.

Posted by Nora McGregor at 3:52 PM

Videogaming meets cartography: Students are challenged to go "Off the Map" in a new competition

Last Friday, despite concerns about the snow, I was very pleased to host the launch event for a new competition, which challenges Higher Education students to develop an original videogame concept using the British Library’s world-famous cartographic collections as creative inspiration.

The Off the Map competition, a British Library partnership with annual videogame festival GameCity and software company Crytek, will provide students with asset packs, which contain maps, including one showing a proposed plan to rebuild Stonehenge and another featuring London just months after the Great Fire of 1666. These materials were carefully selected by my colleague Tom Harper, the Library's Curator of Antiquarian Mapping, who writes regularly at the British Library's Magnificent Maps Blog.

Students from participating universities and colleges have complete creative freedom, using CryENGINE 3D technology, to interpret the asset pack materials as they wish. It is hoped that entrants will use the competition to try new approaches and to create interactive environments that challenge the definition of what a videogame, and a map, can be.

It was wonderful that the British Library's Chief Executive Roly Keating and also Life President of Eidos Ian Livingstone CBE, were able to speak at the launch event and give their encouragement to the competition. Ian said: "I'm delighted to see the launch of this new project, bringing together the heritage and esteem of the British Library's collection with the bleeding edge technology. Once again, GameCity are starting new conversations about videogames and pointing to the future for this most vibrant of art forms."

To find out more about Off the Map, go to http://www.crydev.net/offthemap/

Personally I'm very much looking forward to attending the GameCity8 festival in October 2013, when the winning entries will be announced and showcased. So watch this blog later in the year for a post describing what the students have created for the competition.

The lack of interoperability between digital repositories is one of the biggest problems that scholars face today. Despite the many efforts and interest of cultural and academic institutions to digitise and promote their digital content online, researchers are still encountering problems of retrieving, accessing and working collaboratively on the vast amount of materials available on the Web. The International Image Interoperability framework (IIIF), a project involving the BL and other partner institutions, aims to fill this gap in Digital Humanities by providing a single platform for accessing digital images. Based on the “Shared Canvas” model developed by Stanford University (http://www.shared-canvas.org/), IIIF users will not only be able to retrieve images located in different servers or stored in various repositories, but, more importantly, will be invited to compare, annotate and edit these images, promoting new discoveries and offering multiple interpretations to digitised objects. IIIF has recently launched an online web suite that allows users to run a series of tests using IIIF-compliant images and this can be accessed at http://iiif-test.stanford.edu. The platform is planned to go live later this year and will certainly support scholars and institutions to work in closer collaboration. 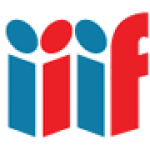 Posted by Aquiles Brayner at 4:02 PM

The project seeks researchers who will benefit from full access to the Library’s digital collections and from working intensively with the BL Lab; which will facilitate analysis of entire collections, rather than just individual items.

This collaboration will inform a review of the Library's approach to licensing, and also aid development of future services and tools to access and analyse digital content, including linked data and semantic linking services.

Welcome to the British Library’s Digital Scholarship Blog! I hope that it will provide a vital forum for exchange among members of the research community and staff at the British Library who are working to support research enabled by digital content.

The Blog will include items written by the British Library’s Digital Research and Curation team, the Digital Scholarship Department, and teams across the Library who are engaged in related activities. The binding ideas will be about digital content, digital data, and ways to better support researchers.

Our activities to support digital scholarship are organised around four themes:

I hope that you find this Blog informative, interesting, and perhaps occasionally provocative.

We really want your feedback! Please let us know how we can deepen the conversation, how we can improve this blog, and how we can better support research with digital content and services.

Posted by Rossitza Atanassova at 11:00 AM