Here at #bldigital we enjoy the chance to experiment with new tools. Two in particular ranged into view this week. The first, Serendip-o-matic, is the product of the ‘One Week | One Tool’ project and allows users to query content in Europeana, DPLA, Flickr Commons and Trove using a block of text or their entire Zotero library; or, as Ben O’Steen – the recently appointed British Library Labs Technical Lead – puts it: ‘They used plain text tokenisation and then used dbpedia spotlight to identify entities which it then used in the search’ (for a fuller explanation see Brian Croxall’s description of the project at ProfHacker). In short, the tool is a useful starting point towards figuring out how to discover stuff without word searches, an important challenge as our digital collections become ever more bloated and ever more rich.

The second tool is the Huma Bird Project, a project which aims to build easy to use tools for researchers who are light on time. There are some nice, simple text analysis tools in there, as well as ways to pull down and analyse data from Wikipedia and Twitter. After some time, I was drawn to the later, not because it is an enticing shiny thing, but because #12wmn12hrs was floating around my twitter timeline and seemed an easy candidate for visualisation. And so I made a network visualisation of #12wmn12hrs and tweeted it. Fern Riddell then asked me to visualise #inspiringwomen and after some trial, some error, and an appeal to the Huma Bird Project developer (thanks Pat!) I now have – see below.

I don’t normally take requests of this kind, but the chance to highlight the value of digital methods whilst contributing something to an ongoing protest related to the use and misuse of social media was too good to miss. The visualisations were also very simple to create and (unlike some network visualisations) very readable, and so might prove a useful addition to the now standard post-conference hashtag analysis and visualisation package.

The visualisations, with some notes.

The network graphs below are Twitter networks displaying the occurrence of tweets containing the hashtag #inspiringwomen between Monday 5 August 00:45 and Monday 5 August 21:13. For further explanation on what the types of graph show, see the Huma Bird Project examples page. The raw data can be downloaded here. 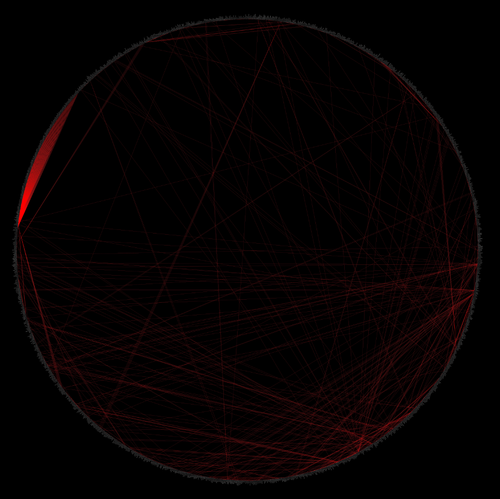 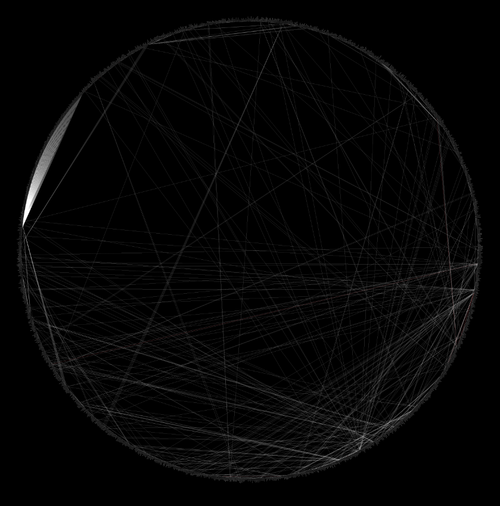 Bidirectional network (view high quality image; explanation from Huma Bird Project: ‘white lines show people who have @’ed each other during the conversation (a red line means the @ wasn’t replied to, or the person wasn’t @’ed by the person at any point in the conversation by this person)’). 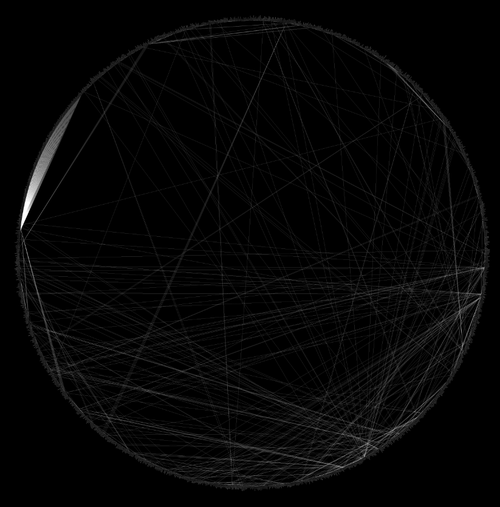 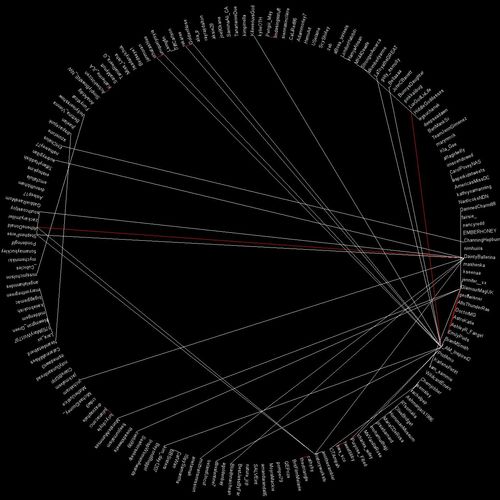 Network of users who have tweeted more than 3 people during the time period (high quality image). Networks for 5, 7 and 9 are here.


These images are available under a Public Domain Mark which indicates that there are no copyright restrictions on reproduction, adaptation, republication or sharing.