open, Open and ‘Open’: conflations of openness is public discourse

What do we mean when we use the word 'open'? And how does context change how open that open is? 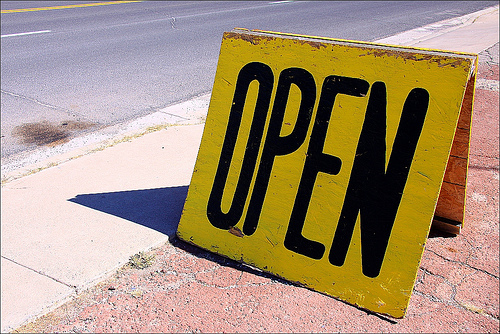 During a recent event at the Institute of Historical Research, a single speaker used the phrase 'and please don't tweet this' on three separate occasions. The phrase was used in both a negative and a positive sense: negative because something many in the room were doing was being prohibited; positive because we knew we were going to be told something in the spirit of open discourse. This then was a particular type of openness: a closed openness common to environments where face-to-face discussion among peers takes place. In the carefully curated openness of networked arenas, ergo Twitter, the three things that were preceded by 'and please don't tweet this' would never have been said by the speaker. But when that networked openness and the face-to-face openness collided, the speaker felt it necessary to bound our use of the former, to point out that the two were not the same. 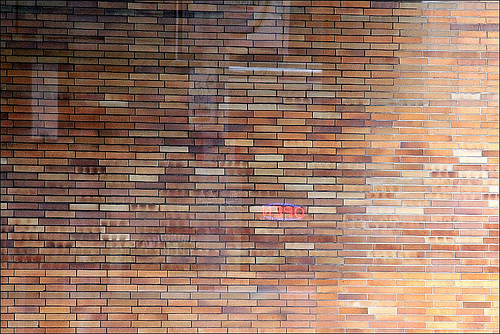 But then even when things are open, walls can be useful… Open photograph courtesy of Flickr user loop_oh / Creative Commons Licensed

Now I should add, this was no 'How dare you tweet my talk!' debacle. On this occasion it was assumed the openness in the room would be networked out, and hence the need for the - polite - 'and please don't tweet this' caveat. And yet it set me thinking, for much of what we mean by open is, it seems to me, inherently contextual. This is hardly revelatory: language is inherently contextual. But I think the point is worth elaborating, even if there is plenty of relevant literature I'm failing to mention. Put simply, an open access publication is not an open invitation to snoop around the entire process by which the publication was made (though I'd like to see historians, for example, publishing their data with their papers: the days of clinging onto data beyond the point of publication, and therefore not allowing another scholar to replicate the results in the publication, are surely numbered). Similarly, an open access policy, whether a publisher's or a research council's, is open to all in theory, but in practice only if authors are willing and able to negotiate an often substantial financial hurdle. During the course of a talk, panel or conference discussion, a hashtag enabled conversation on Twitter (often referred to as a backchannel) is open to all with access to the web but is conducted with a knowledge that not everyone at the event is there or will be there - tellingly those conversation often don't, and are often assumed not to need to, make it into the room, into the other available venue for scholarly discourse. And open data, even data shared under permissive open licences, is often made open with caveats that an individual's, a group's or an institution's generosity is somehow acknowledged, respected or replicated: what Dan Cohen has recently called 'CC0 (+BY)'. 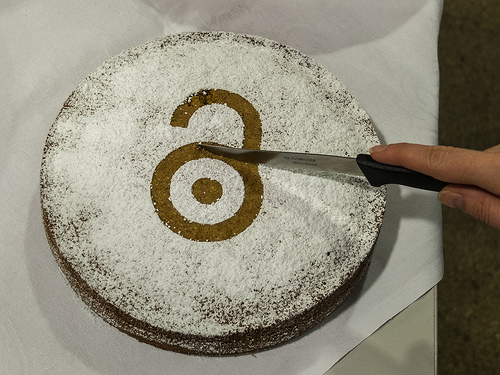 I'm very much in favour of the latter approach, as is the British Library. Indeed very soon we'll be pushing out a large amount of digitised stuff under a Public Domain declaration. And although we'd like folks to tell us how they use that stuff, they won't have to: legally, morally and institutionally we will have waived any right to demand such information. This is very open, and yet on reflection I am conscious that the content is the only open part of this activity: we won't be making fully open our communications with external partners, our internal discussions over standards, structures and releases, and our plans to capture data on the use of all this digital stuff. And while some of these communications, discussions and plans will be no doubt be blogged about, will be made open via a particular form of publication, there is a reasonable expectation that much of this information will not be made open. Or at least not published openly, in favour of talking about it openly at seminars or conferences, in open and yet closed face-to-face environments occupied by our peers: peers who'll not only value this information but are likely to know, by way of a speaker's intonation or their own intuition, what is and isn't sayable in other open environments. Indeed some of you may already know what this stuff is, and because you've talked to us about it you'll appreciate why I'm not spilling the beans just yet.