Prizes were awarded to the winners of each category, followed by special presentations given by the winners discussing their projects. 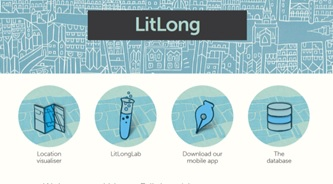 Palimpsest is an AHRC funded collaboration between the University of Edinburgh’s School of Literatures, Languages and Cultures and School of Informatics, EDINA, and the University of St Andrews’ SACHI lab. The project enables the interactive exploration of Edinburgh’s rich literary history via the LitLong web interface and mobile app. The LitLong tools link to more than 1,600 locations within Edinburgh mentioned in over 47,000 literary excerpts from around 550 books.

The Spatial Humanities Project at the University of Lancaster and Ian Gregory one of the team.

The award was accepted by Ian Gregory, Professor of Digital Humanities at Lancaster University, on behalf of the rest of the Spatial Humanities project team.  Ian’s research interests are in using geographical technologies to understand the past. His early research focussed on quantitative sources such as census and health data, including work on the GB Historical GIS and the AHRC-funded Troubled Geographies project that explored Ireland’s changing religious geographies. Recently, he has concentrated on exploring the geographies within texts, working on projects funded by the ERC, ESRC, Leverhulme Trust, Newby Trust and Heritage Lottery Fund. He has published four books and over 60 journal articles and book chapters. Learn more about Spatial Humanities’ winning project here: http://www.lancaster.ac.uk/fass/projects/spatialhum.wordpress/The project examines the London based newspaper The Era (1838–1900, constituting over 377 million words), which has been digitised and made available by the British Library, through innovative and varied selections of qualitative and quantitative mechanisms in order to determine how the Victorian Era discussed and portrayed disease, both temporally and spatially. Nix is an award winning virtual reality game made for the Oculus Rift wherein players explore a warped underwater environment with Beckford's Fonthill Abbey as the centerpiece. Nix was created as a response to a brief provided by Gamecity as part of their Off the Map competition in collaboration with Crytek and The British Library. The competition challenged students to use the materials featured in the British Library’s upcoming Gothic exhibition as inspiration for a game made using Crytek’s Cryengine. 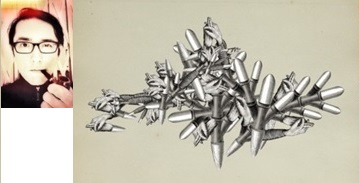 An art work by Mario Klingemann

Mario Klingemann has a been using code and data as mediums for exploring the possibilities of computational and artistic creativity within the cultural heritage sector. He has experience in using image classification and data mining to support institutions including the British Library, Cardiff University and the New York Public Library, in the digitisation and classification of their archives. Mario’s works have been shown at the Residenzschloß Dresden, the Centre Pompidou, Paris and the MoMA New York, as well as on the internet, including "Like This", "Mona Tweeta" and "Lowpolybot". The project involves the use of semi-automated image classification and machine learning techniques in order to add meaningful tags to the images and create thematic collections of the British Library’s one million Flickr Commons images.

By the Artefacto team: Sara Wingate Gray and Kate Lomax. 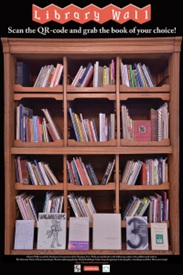 The British Library ‘Library Wall’ is a curated collection of digitised texts from the British Library's nineteenth-century book collection, which people are able to freely obtain, read and share through the use of smartphones or other “smart” mobile devices, such as iPads and tablets, by pointing their device at the installation. The physical installation currently exists in a designed and printed large-scale poster-type format, which is easily fixed to any blank space, such as above a desk or in a shop.

By Dina Malkova, designer and entrepreneur. 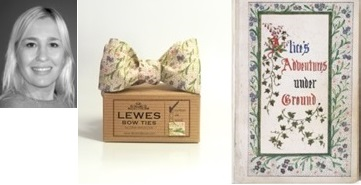 Dina Malkova and her Bow Tie

Dina Malkova runs a design studio in Lewes, East Sussex. She was awarded a Chevening scholarship to attend The University of Arts, at the London College of Communication by The British Council in 2005. As part of her MA in Enterprise Management in Creative Arts, Dina completed a Creative Ventures course at the London Business School, winning the top award. Over the last 10 years, Dina has garnered experience in creating and supplying collections for a number of companies, including the V&A gift shop and the Glyndebourne Opera shop.The project has produced a range of bow ties and other gift products inspired by the fantastic illustrations of Alice's Adventures Under Ground by Lewis Carroll.

The project improves the availability of the British Library Flickr Commons images through metadata, making different parts of the content more discoverable and well-grouped, so the content can be made available via the structured schemes at Wikimedia Commons.

James Heald has been a Wikipedia contributor since 2004. In the last couple of years, his volunteer interests have turned towards Wikimedia Commons and Wikidata. As well as focusing on the map images from the Mechanical Curator set, James become the first user in the wild of Wikimedia’s new GlamWiki Toolset upload tool, with a set of 400 highlight images from the British Library.