The third annual BL Labs Symposium took place on Monday 2nd November 2015 and the event was a great success!

The Labs Symposiums showcase innovative projects which use the British Library's digital content and provide a platform for development, networking and debate in the Digital Scholarship field.

The videos for the event are available here.

This year’s Symposium commenced with a keynote from Professor David De Roure, entitled “Intersection, Scale and Social Machines: The Humanities in the digital world”, which addressed current activity in digital scholarship within multidisciplinary and interdisciplinary frameworks. 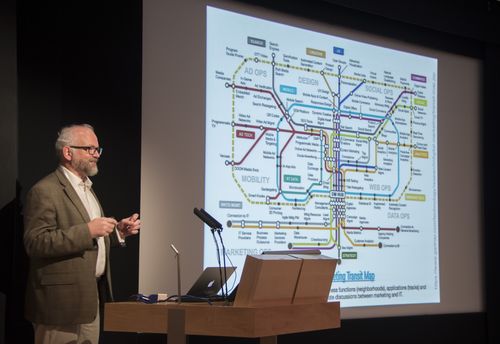 After receiving their awards, it was time for Adam and Katrina to showcase their winning projects.

Adam’s project, entitled “Crowdsourcing Arcade: Repurposing the 1980s arcade console for scholarly image classification”, takes the crowdsourcing experience off the web and establishes it in a 1980s-style arcade game. 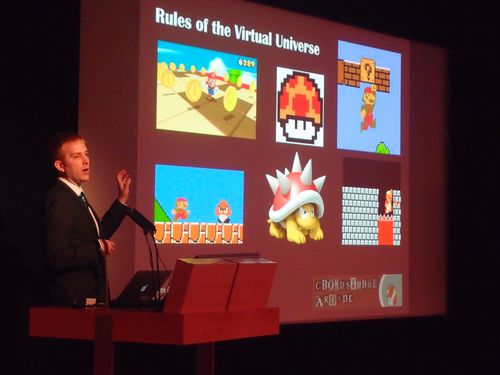 Katrina’s project, “Political Meetings Mapper: Bringing the British Library maps to life with the history of popular protest”, has developed a tool which extracts notices of meetings from historical newspapers and plots them on layers of historical maps from the British Library's collections. 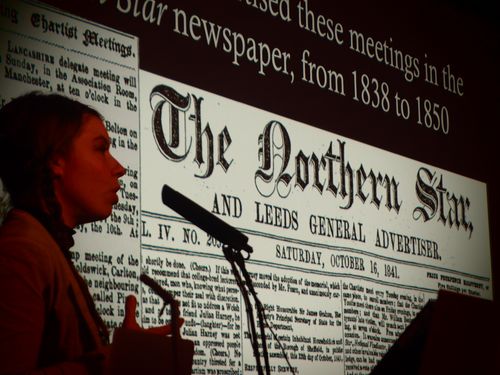 After lunch, the Symposium continued with Alice's Adventures Off the Map 2015 competition, produced and presented by Stella Wisdom, Digital Curator at the British Library. Each year, Off the Map challenges budding designers to use British Library digital collections as inspiration to create exciting interactive digital media.

The winning entry was "The Wondering Lands of Alice", created by Off Our Rockers, a team of six students from De Montfort University in Leicester: Dan Bullock, Freddy Canton, Luke Day, Denzil Forde, Amber Jamieson and Braden May.

Video: Alice's Adventures Off the Map 2015 competition winner 'The Wondering Lands of Alice'

The award was presented to one of the project collaborators, Ian Gregory, Professor of Digital Humanities at Lancaster University. 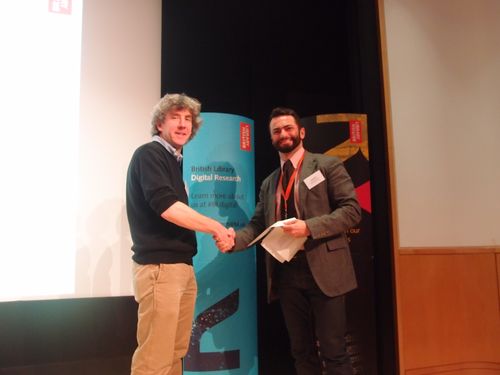 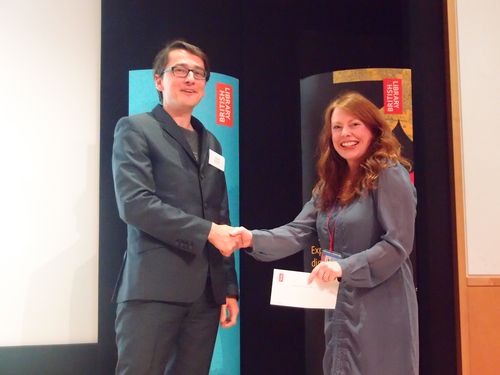 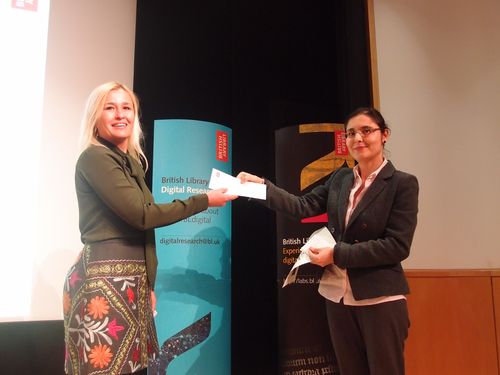 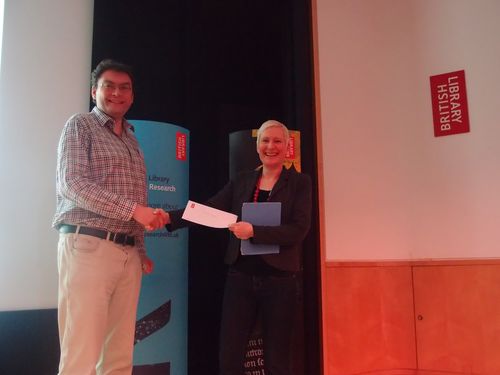 The Symposium concluded with a thought provoking panel session, “The Ups and Downs of Open”, chaired by George Oates, Director of Good, Form & Spectacle Ltd. George was joined by panelists Dr Mia Ridge, Digital Curator at the British Library, Jenn Phillips-Bacher, Web Manager at the Wellcome Library, and Paul Downey, Technical Architect at the Government Digital Service (GDS). The session discussed the issues, challenges and value of memory organisations opening up their digital content for use by others. 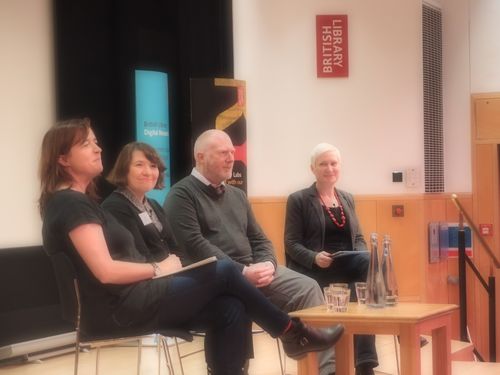 The BL Labs team would like to thank everyone who attended and participated in this year’s Symposium, making the event the most successful one to date – and we look forward to seeing you all at next year’s BL Labs Symposium on Monday 7th of November 2016!

Posted by Digital Research Team at 9:07 AM