BL Labs are pleased to announce the two finalists of the BL Labs Competition (2016)!

The judging panel, consisting of the BL Labs Advisory Board and members of the British Library's Digital Scholarship team, definitely had their work cut out for them as the Competition had so many strong entries this year.

After much deliberation, BL Labs is excited to introduce the BL Labs Competition (2016) finalists and their two projects:

Hannah-Rose Murray, PhD student at the University of Nottingham

Hannah-Rose describes her winning project for us:

My project will create an original and exciting window into Victorian society by analysing the African American presence in Britain and how their performances and lectures reached nearly every corner of the country. It asks, how can we uncover hidden black voices in the archive?

I have searched through the British Library’s online Newspaper Database to collect as much data as possible referring to formerly enslaved African American Frederick Douglass’ lectures in Britain and, for the first time, I have collated this information to provide a systematic and detailed analysis of his experiences. I have created a map showing some of Douglass’ lectures (image below with the red pins) and a second map listing lectures given by other black abolitionists (image below with multi-coloured pins). This is displayed on my website, www.frederickdouglassinbritain.com 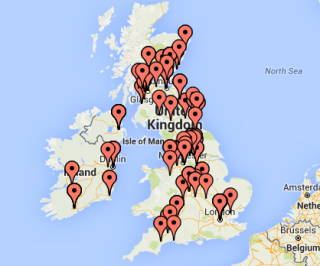 Map: locations of Frederick Douglass’ lectures in the United Kingdom and Ireland 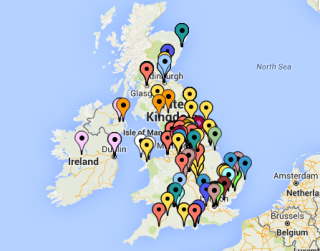 Map: location of lectures given by other black abolitionists in the United Kingdom and Ireland

Searching the online newspaper database can only provide partial information, and there are thousands of lectures just waiting to be uncovered, and then plotted onto a map. But how can we achieve this? I want to build on the work of the previous BL Labs Competition winner, Katrina Navickas’ Political Meetings Mapper, and develop a process that searches for the individual rather than a record of the lecture in question. This will allow us to analyse the impact of black abolitionists on British society and how far they travelled to lecture against
American slavery. Mapping their movements has never been done before and we can use this visual representation to gather an estimate of how many lectures they gave and, most importantly, allow their hidden voices to be heard. We can explore their performances through their own words and follow how they interacted with British audiences to win support for abolition and combat the deeply entrenched racism of the period.

The SherlockNet team tell us about their winning project:

Book illustrations, such as those in the British Library’s Flickr Commons 1 million collection, provide valuable insights into the cultural fabric of their time. However, large image collections are only useful and discoverable by researchers if they can be deeply explored, and the process can often be time-consuming, requires expertise and relies on humans to recognise patterns. Thus, a computationally guided approach providing automatic pattern recognition would allow art historians to study them in a more unbiased and efficient manner.

Machine learning can extract information and insights from data on a massive scale. In particular, deep learning methods such as convolutional neural networks (CNNs), inspired by biological neural networks in the brain, are particularly suited for understanding the content of images, due to the hierarchical nature of the “neurons” that make up the network. CNNs are composed of layers of neurons, where each neuron is a “mini-calculator” of sorts that takes in information from the layer above and outputs more information. Progressing deeper into the network means that neurons will be working on increasingly complex information, progressing from detect features like lines or curves in the shallower layers to detect objects like cars and planes in the deeper layers. The CNN could then combine these “high-level” features to make very accurate predictions on the contents of the image. 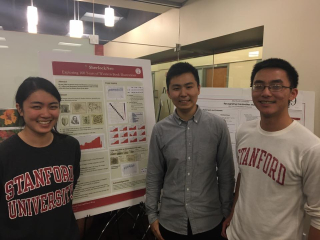 In this project, we plan to develop and optimize CNN algorithms to accomplish two important tasks: tagging and captioning. In the first step, we will classify all images with general categorical tags (e.g. decorations, architecture, animals etc.). This will serve as the basis for us to develop new ways to facilitate rapid online tagging with user-defined sets of tags, including a tag suggestions interface that would continuously reward user input by doing on-the-fly online learning to improve model accuracy. In the second, we will build off recent results in Deep Learning research and automatically generate descriptive natural-language captions for all images (e.g. “A man in a meadow on a horse”). These natural-language captions will expand the richness of the images and provide more intuitive ways for researchers to discover and use these images.

We intend to make our tags and captions accessible and searchable by the public through a web-based interface. We also plan to provide supplementary visualisation tools to give researchers greater insight and access into the technical assumptions behind our work. Finally, we will use our text annotations to globally analyse trends in the British Library Flickr collection over time. Together, we hope our project will establish CNNs as a novel tool for image annotation and analysis, as well as encourage widespread adoption of neural networks in bibliology.

Luda Zhao is currently a Masters student studying Computer Science at Stanford University, living in Palo Alto, California. He is interested in using machine learning and data mining to tackle tough problems in a variety of real-life contexts, and he's excited to work with the British Library to make art more discoverable for people everywhere. In his spare time, Luda enjoys beaches, swimming, all-you-can-eat BBQs, reading, and collecting subway maps.

Brian Do grew up in sunny California and is a first-year MD/PhD student at Harvard Medical School. Previously he studied Computer Science and biology at Stanford. Brian loves using data visualisation and cutting edge tools to reveal unexpected things about sports, finance and even his own text message history. In his free time he enjoys cooking, running in the hot sun, and playing frisbee on the beach.

BL Labs and the finalists are looking forward to working together on these exciting projects and we will be posting regular updates as these works progress.

Digital Humanities in the Chinese Context: Project Kick Off

Annabella Massey is a first-year DPhil student in Oriental Studies at the University of Oxford, where she researches representations of the city in contemporary Chinese literary and visual culture. Over the next six months, she will be working with both the Digital Research Team and Asian & African Collections at the British Library on a research project titled ‘Profiling the Digital Humanities Landscape in China’. This project aims to map and investigate the Digital Humanities in the Chinese context. She Tweets @annabellamassey, and she can also be contacted by email at Annabella.Massey@bl.uk. 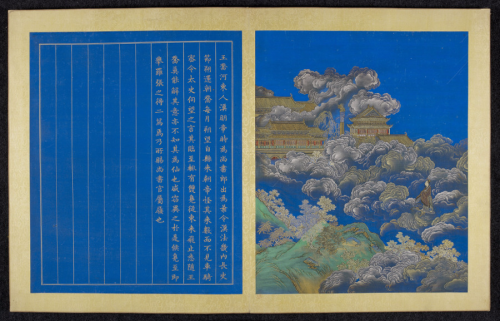 A Keepsake from the Cloud Gallery/Yuntai Xianrui. - caption: 'Chinese quest for immortality'

We kicked off the first week of my PhD Placement at the British Library with inductions and introductions, a tour of the St. Pancras site, a quick peek around the wonderful Shakespeare in Ten Acts exhibition – and the Digital Humanities for Asian and African Texts workshop at SOAS, where (among many exciting ideas and projects) we learned about Manc.hu, an online education platform for the Manchu script; Zoroastrian ritual texts and the Multimedia Yasna Project (MUYA); and the Bridge to China Mandarin learning wiki. This was a fantastic introduction to what should be a very fruitful research stint, and hopefully my investigation into the Chinese realm of the Digital Humanities will help the British Library in terms of their future digital plans for the Chinese collection here! This first blog post is a brief self-introduction and outline of my placement project, ‘Profiling the Digital Humanities Landscape in China’.

My undergraduate degree was in English Literature and Creative Writing, taken at the University of Warwick. Following my BA, I then spent two years working in Yamanashi prefecture, Japan, on the JET Programme, and afterwards, I came to Oxford to study for an MPhil in Modern Chinese Studies. My thesis was an analysis of the blood-selling motif in Chinese literature from 1931 – 2006. I enjoyed my MPhil so much that I subsequently stayed on at Oxford for a PhD. My doctoral research now explores new artistic representations of the contemporary city across a variety of creative media from the Greater China region, including literature, film, visual art, and photography. 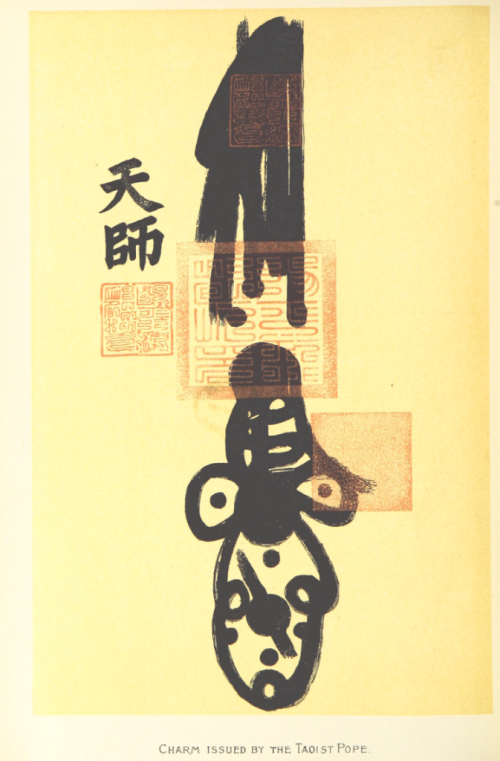 Image from 'A String of Chinese Peach-Stones. Sketches of village life in central China. With illustrations.' 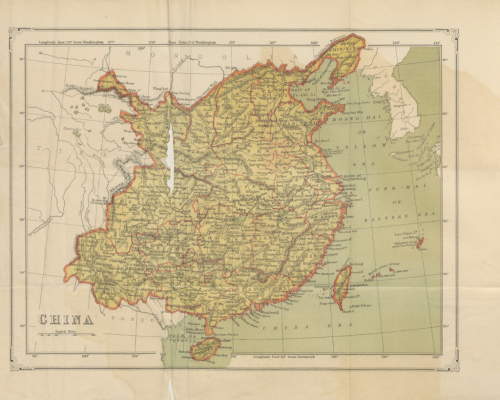 Image from 'China. Travels and investigations in the “Middle Kingdom.” ... With a glance at Japan.'

I’ll be writing up my Digital-Humanities-and-China-related findings here in a series of regular blog posts, so watch this space! I will be in on-site Mondays and Tuesdays each week, and supervised by Digital Curator Nora McGregor. Please feel very free to get in touch if you have any questions, useful leads, or even just general thoughts – this promises to be a really fascinating six months.

Posted by Digital Research Team at 9:31 AM