Posted by Mahendra Mahey on behalf of Hannah-Rose Murray, 2016 finalist of the BL Labs 2016 Competition.

To celebrate Black History Month in October 2016, you are welcome to attend an evening of performance on the 6th October, 7pm, hosted by the British Library Labs project and the Eccles Centre for American Studies in the Auditorium, Conference Centre, British Library, St Pancras, London, UK.

I am very lucky to be one of the finalists for the Labs Competition for 2016, and together we have organized an event that celebrates our project. Through my work with the Labs team, we are attempting to use machine learning to search through the digitized newspaper collections to access black abolitionist speeches and performances that have never been discovered before (read more here). This stems from my PhD project, which focuses on African Americans in Britain during the nineteenth century and the myriad ways they resisted British racism.

Two of the individuals I study are William and Ellen Craft, and we are really pleased to be working with two performers who will bring this incredible history to light on the evening of the 6th. 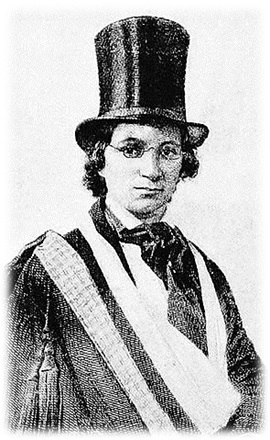 Ellen Craft dressed as a man to escape from slavery. Image from "The Underground Railroad from Slavery to Freedom" 2nd ed.,

William and Ellen Craft were born enslaved in Georgia. Ellen worked as a house servant, and when she was 20, married William (although by law in the South slave marriages were not legal.) They were determined to escape as they were fearful their master would sell them separately further South and they did not want to raise children in slavery. In 1848, they devised an ingenious escape plan: Ellen would pose as a gentleman with William as her manservant, and they would catch a series of trains and steamboats to the North. Ellen was fair-skinned, which was a result of her mother’s rape by her master, the plantation owner. Ellen could thus pass for a white person, but she could not read or write. To overcome this, Ellen strapped a bandage to her right hand to give her a reason not to be able to write just in case she was asked. This was an incredibly dangerous mission to accomplish - if caught, both William and Ellen would have been tortured and most certainly separated to different parts of the South, never to see each other again. It is a testimony to their bravery they managed to succeed.

For a short time, the Crafts settled in Boston but legally they were still enslaved in the eyes of the American government. When slave catchers threatened to steal them back into slavery, they set sail for England where they remained for over a decade. The Crafts soon became part of an abolitionist network in which hundreds of African Americans travelled to Britain to lecture against slavery, raise money to purchase enslaved family members or to live in Britain relatively safely from the violence they experienced in America. British audiences were fascinated by their incredible escape attempt, and were shocked that a ‘white’ person like Ellen could ever have been enslaved. Both William and Ellen travelled around Britain to educate Britons about the true nature of slavery and demanded their support in helping Americans abolish it.

During the evening, performer and writer Joe Williams will play William Craft. Joe has an MA from Leeds University’s School of Performance and Cultural industries and is the founder of Heritage Corner, which focuses on African narratives in British history. He has written performed works on leading abolitionists as well as on Victorian circus genius Pablo Fanque.

Martelle Edinborough will play Ellen Craft. Martelle has stage, film and television credits that include commercials and short films. Martelle has recently worked with the Leeds based Geraldine Connor Foundation on Forrest Dreaming and Chicken Shop Shakespeare’s contribution to this year’s Ilkley Literature Festival.

There will be a short welcome and introduction to the Crafts, and after which the performance will commence for an hour, with time for a Q&A afterwards.

Tickets are £8 (with some concessions available), and available here.

Please note a small number of free seats are available for community residents in Camden (London, England). If you think you are eligible, please contact Emma Morgan, Community Engagement Manager at the British Library at emma.morgan@bl.uk.

Posted by Digital Research Team at 9:52 AM