The International Fashion Showcase 2016 asked designers from around the world to imagine Utopia at Somerset House, London. Animation director Kris Hofmann was invited to create an animation exploring the Utopian theme. Kris and curator Claudia Rose Lukas decided to use images from British Library’s Flickr Commons collection in her project. Below, Kris’s guest blog gives us insight into her work and experiences in undertaking this project: 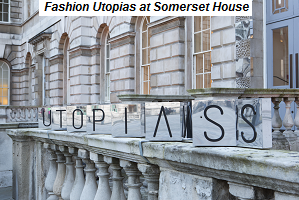 Utopia is an imagined or unknown place, a no-place said to possess desirable, almost-perfect qualities. In the 500 years since the word ‘Utopia’ was coined by Thomas More, the concept has continued to appeal to writers, authors and artists alike.

'Fashion Utopias' was the chosen theme of the International Fashion Showcase 2016, a British Council and British Fashion Council-lead initiative that celebrates emerging designers from across the globe and has become an integral part of London Fashion Week since its inception in 2012. 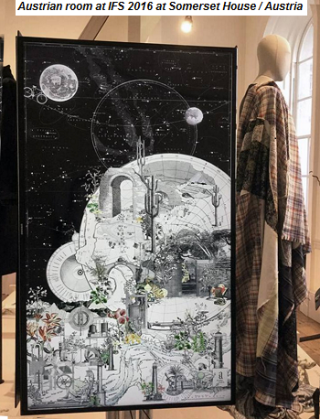 Although the term Utopia refers to an abstract and unknown place, at its core the Utopian ideal is the notion that we can learn from different places, people and cultures. It felt like an incredibly timely and inspiring choice of theme.

Claudia Rosa Lukas, the curator of the Austrian contribution to the show invited me to create an animation around the theme, which would feature works of five different designers. The piece would be played on loop during the exhibition at Somerset House and would be presented as a set of small outtakes, in the form of five vines, used for promotional purposes during and in the run up to the show.

Claudia noted a conceptual link between the British Council's vision for the show and the British Library's initiative to open up their image archive for public use, notably the Flickr Commons collection of more than 1 million images digitised from out-of-copyright books.

For one, it is an idea of openness and creative exchange that lies at the heart of both.

On another level we gather information and inspiration not unlike we explore unchartered terrain or a city we haven't visited.

An explorer, setting out to discover the world, who may happen upon Utopia and learn from this unfamiliar, yet wondrous place, has much in common with an explorer of books, knowledge and art. 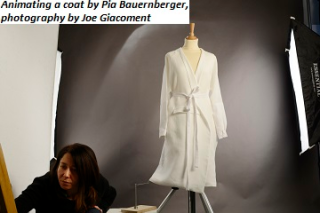 Together, Claudia and I decided upon a juxtaposition of stop frame animated items of fashion and a collage of images from the British Library’s Flickr Commons 1 million collection. Whilst the collection might still prove challenging to use if you are searching for something specific, delving into the incredible wealth of image material with a completely open mind was an inspiration like no other.

Each image holds a mystery of its own, making you question it's origin and purpose within the context of a book, ponder what collection it may come from and who may have used it before.

The laboriousness of the exercise proved to be a hugely enjoyable creative journey, through which I browsed thousands of Flickr pages and eventually downloaded about 500 images, which would become the building blocks of our animated Utopia.

Inspired by the images I had chosen, I drafted a first map. There would be an intricate crystal cave, river lands with colourful and overgrown banks, a savannah and a mechanical city; there would be a planet with an Orwellian eye on the world, un-manned bicycles travelling from planet to planet and an imagined window into space giving you a glimpse into the infinite.

In the second stage, all elements had to be neatly cut out and split across a seemingly endless number of layers. For example, in order to animate an illustration of a plant, each leaf needs to be able to move independently. Finally, shoes, bags, dresses, tops and coats were animated and placed into the setting.

As with all creative work, the reactions of the audience to an artwork can cover the spectrum of emotional responses. But there was nothing to worry about… We found that just as much as the unique quality and richness of the images had provided a joyous adventure for me, those on the outside were appreciative of the voyages' final fruits. Mirroring the excitement of my own discovery into the treasure trove of images, I witnessed people’s attention glide from one corner of our animated Utopia to the next – seeing something new at every step of the way.

Note: The piece was brought to life with a soundscape by Marian Mentrup and beautifully shot by Joe Giacomet.

Posted by Digital Research Team at 9:11 AM