2016 Shakespeare Off the Map Competition Winners Announced at GameCity11 Festival

Last night was the awards event at The National Videogame Arcade in Nottingham for the 2016 Off the Map competition, which had a Shakespeare theme. Now in its fourth year, Off the Map challenges full time UK students in higher or further education to make videogames, digital explorable environments, or interactive fiction based on digitised British Library collection items.

For 2016 the competition has been part of the British Library's commemoration of 400 years since the death of Shakespeare and has been running in conjunction with the Library’s recent exhibition “Shakespeare in Ten Acts”. Curators selected text, images, maps and sounds based on three sub themes: 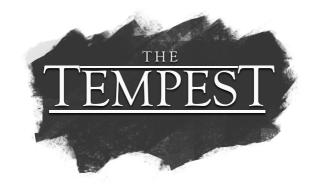 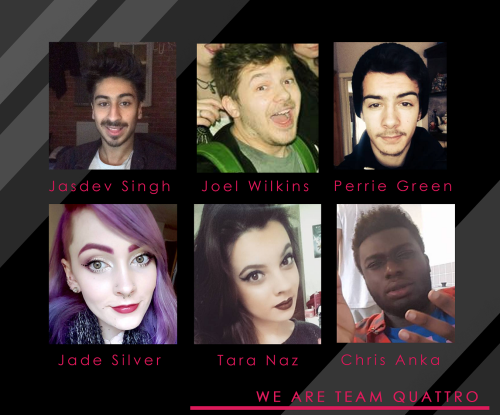 Dr Erin Sullivan described the winning game as ‘an evocative, immersive world that powerfully channels the drama of The Tempest. It introduces players to the story of the play in a deep, thoughtful way.’

Dr Abigail Parry said ‘I was head-over-heels for the metatextual element of this submission – you had me at the stage door. It was good, too, to see source text daubed on the caves walls – for me, the greatest strength of the submission was that it succeeded in synthesising text, assets and game environment in a way that was both engaging and beautiful.  Also to be commended was the attention to detail – the prop storm clouds were a delight.  The individual domains were characterful, and the story welcome without being obtrusive.  Most of all, it displayed a real interest in – and affection for - the play. I would want to play this game, and would be equally proud to teach with it.’

In second place came Tom Battey from the London College of Communication with a game called ‘Midsummer’ based on the characters in the play A Midsummer Night’s Dream.

Dr Erin Sullivan describing 'Midsummer' said that ‘the visual world and the engagement with the play were extremely impressive. I loved the historical flourishes and the imaginative exploration of the characters’ emotions.’ 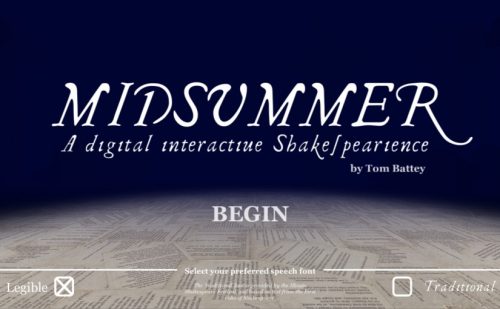 In third place was an interactive fiction story again using The Tempest sub theme called This Most Desolate Isle by Alan Stewart from Brunel University who effectively used illustrations by Arthur Rackham to accompany his creative writing. 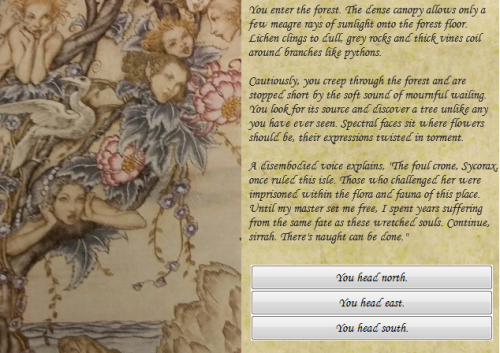 This Most Desolate Isle by Alan Stewart

Huge congratulations to this year's winning entries, and I'd also like to offer sincere thanks to the 2016 Off the Map jury members: