The BL Labs team are pleased to announce that the fourth annual British Library Labs Symposium will be held on Monday 7th November, from 9:30 - 17:30 in the British Library Conference Centre, St Pancras. The event is FREE, although you must book a ticket in advance. Don't miss out! 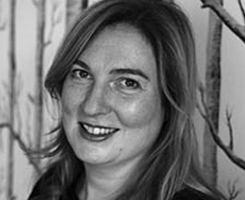 This year, Dr Adam Farquhar, Head of Digital Scholarship at the British Library, will launch the Symposium. Professor Melissa Terras, Director of UCL Centre for Digital Humanities, will be presenting the keynote, entitled 'Unexpected repurposing: the British Library's Digital Collections and UCL teaching, research and infrastructure'. The keynote will focus on the British Library's digitised book collection - 60,000 volumes which are now in the public domain - and how those texts and images have been used with both students and researchers at UCL.

After lunch, Stella Wisdom, Digital Curator at the British Library, will announce the winners of the Shakespeare Off the Map 2016 competition, which challenged budding designers to use British Library digital collections as inspiration in the creation of exciting interactive digital media.

The winners will then be announced of the BL Labs Awards (2016), which celebrates researchers, artists, educators and entrepreneurs from around the world who have made use of the British Library's digital content and data. Presentations will also be given by the winners in each of the Awards’ categories:

Posted by Digital Research Team at 11:54 AM