Posted by Mahendra Mahey on behalf of Jennifer Batt, second runner up in the British Library Labs Competition 2016.

Jennifer will be working with the BL Labs team between November 2016 and March 2017 on her project 'Datamining for verse in eighteenth-century newspapers' which is described below:

Datamining for verse in eighteenth-century newspapers
by Jennifer Batt, Lecturer in English at the University of Bristol

This project is designed to interrogate the digitised eighteenth-century newspapers in the British Library’s Burney Collection and British Newspaper Archive databases in order to recover a complex, expansive, ephemeral poetic culture that has been lost to us for well over 250 years.

In the eighteenth century, thousands of poems appeared in the newspapers that were printed the length and breadth of the country. Poems in newspapers were extraordinarily varied: some were light and inconsequential pieces designed to provide momentary diversion and elicit a smile or a raised eyebrow; others were topically-engaged works commenting on contemporary cultural or political events; and still others were literary verses in a range of different genres. 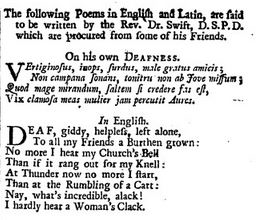 Some of these poems were the work of established and professional writers; some were composed by amateur contributors; and others still were by countless anonymous individuals. Though much of this verse disappeared into obscurity after appearing in a single newspaper issue, a number of poems that began their printed lives in newspapers achieved a far wider dissemination, being copied from one paper into another and another (going viral, we might say) before making their way into magazines, miscellanies, songbooks, and manuscripts.

The rich, dynamic, ephemeral and responsive poetic culture that found a home in eighteenth-century newspapers has long been overlooked by literary scholars and cultural, not least because attempting to recover and map its extent – whether by flipping through the pages of physical copies of newspapers, scrolling through reproductions on microfilm, or pushing keyword searches into the Burney Collection or the British Newspaper Archive – is a time-consuming and often inefficient process. 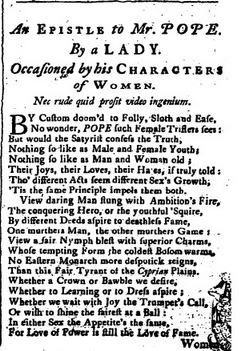 Anne Ingram, Viscountess Irwin, 'An Epistle to Mr. Pope', in The Old Whig or the Consistent Protestant, 16 December 1736, issue 93.

This project is an experiment designed to discover whether digital techniques – particularly data-mining and visualization – can be used to effectively and efficiently uncover the contours of this lost literary culture.

The BL Labs team have unrivalled experience in developing strategies to retrieve information of varying sorts – including Victorian jokes, information about political meetings, and patterns of reuse and plagiarism – from databases of historical newspapers. This project turns their expertise towards poetry, and asks, how far is it possible to use digital tools to effectively uncover and map the poetic culture that existed in eighteenth-century newspapers? By looking at both national and regional newspapers, is it possible to discover if there is a single, nationwide newspaper-based poetic culture, or whether there are regional variations? And how might the verse we can recover from newspapers enhance – or even challenge – our understanding of how people in the eighteenth century wrote, read, and thought about verse?

If you would like to meet Jennifer, she will be at the FREE British Library Labs Symposium (there are just a few tickets still available so book now to avoid disappointment) on Monday 7th of November 2016, at the British Library in London to talk about her work. 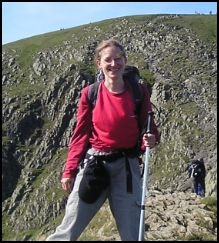 Jennifer Batt, Lecturer in English at the University of Bristol.

Jennifer Batt is a Lecturer in English at the University of Bristol; her research focuses on eighteenth-century poetry, with a particular interest in the ways that verse is printed and reprinted across a range of different media. From 2010 to 2013, she was project manager and editor of the Digital Miscellanies Index (digitalmiscellaniesindex.org) based at the University of Oxford.