Posted by Mahendra Mahey on behalf of Michael Takeo Magruder, first runner up in the British Library Labs Competition 2016.

Michael will be working with the BL Labs team between November 2016 and March 2017 on his project 'Imaginary Cities' which is described below: 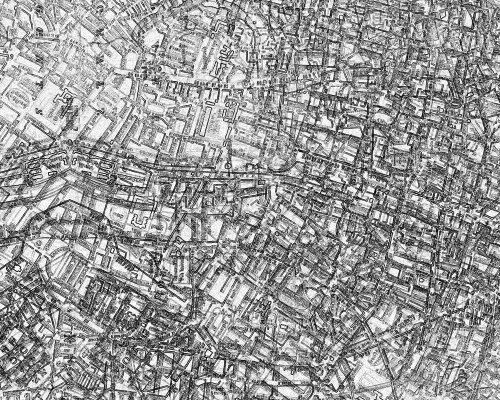 Imaginary Cities (study i), Michael Takeo Magruder, 2016 – aesthetic rendering that has been procedurally generated from a 19th century map of London

Imaginary Cities is an arts-humanities research project that considers how large digital repositories of historic cultural materials can be used to create new born-digital artworks and real-time experiences which are relevant and exciting to 21st century audiences. The project will take images and associated metadata of pre-20th century urban maps drawn from the British Library’s online “1 Million Images from Scanned Books” digital collection on Flickr Commons and transform this material into provocative fictional cityscapes for the Information Age. 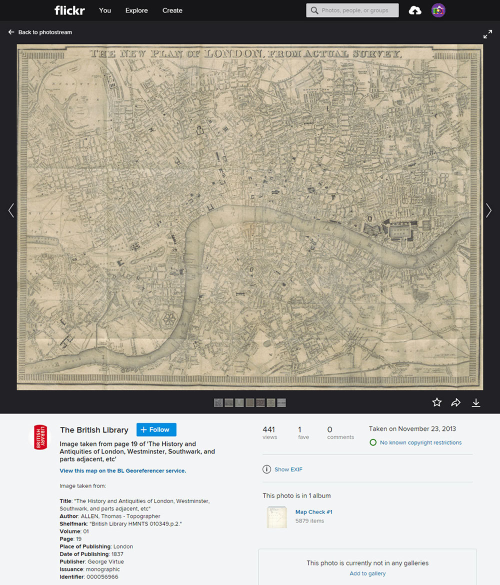 The project will exemplify collaborative and interdisciplinary research as it will bring together contemporary arts practice, digital humanities scholarship and advanced visualisation technology. The project’s outcomes will encompass both artistic and scholarly outputs, most important of which will be a set of prototype digital artworks that will exist as physical installations constructed with leading-edge processes including generative systems, real-time virtual environments and 3D printing. Blending the historical and the contemporary, the informative and the aesthetic, these artworks will not only draw from and feed into the British Library’s digital scholarship and curatorial programmes, but more significantly, will engender new ways for members of the general public to discover and access the Library’s important digital collections and research initiatives. 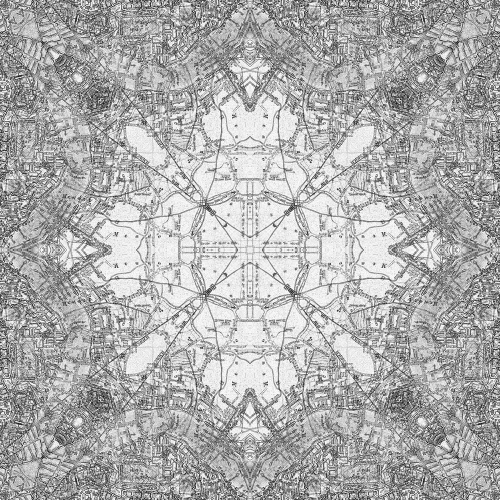 In the last 15 years, Michael’s projects have been showcased in over 250 exhibitions in 34 countries, and his art has been supported by numerous funding bodies and public galleries within the UK, US and EU. In 2010, Michael represented the UK at Manifesta 8: the European Biennial of Contemporary Art and several of his most well-known digital artworks were added to the Rose Goldsen Archive of New Media Art at Cornell University. More recently, he was a Leverhulme Trust artist-in-residence (2013-14) collaborating with Prof Ben Quash (Theology, King’s College London) and Alfredo Cramerotti (Director, Mostyn) to create a new solo exhibition - entitled De/coding the Apocalypse - exploring contemporary creative visions inspired by and based on the Book of Revelation. In 2014, Michael was commissioned by the UK-based theatre company Headlong to create two new artworks - PRISM (a new media installation reflecting on Headlong’s production of George Orwell’s 1984) and The Nether Realm (a living virtual world inspired by Jennifer Haley’s play The Nether). Last year, he was awarded the 2015 Immersive Environments Lumen Prize for his virtual reality installation A New Jerusalem.

Posted by Digital Research Team at 8:00 AM