I am a retired pharmacist who has been involved in the British Library's (BL) georeferencing work from its inception in February 2012. I have always had an interest in maps and mapping, and was alerted to this project through social media.

I made my first attempt at georeferencing one of the maps from the BL collection of Ordnance Survey original manuscripts. This map of my local area of Bedfordshire from 1815 had me 'hooked' on georeferencing and by the end of that week I had georeferenced more than a hundred maps, meaning that I was the main contributor to that first batch of maps.

Subsequent batches of maps were released at intervals from November 2012 through to July 2014, with each set of up to 3200 maps all being georeferenced by volunteers in less than a month per issue, with myself making a major contribution. 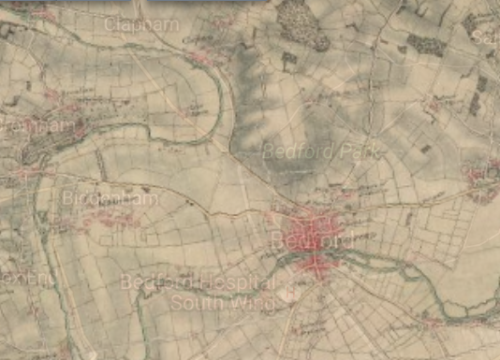 The July 2014 release consisted of images that had been identified as maps and plans from the BL Flickr commons collection. This collection has just over a million digital images, and it was recognised that there was probably a considerable number of maps and plans suitable for georeferencing within this digital archive. Starting with a map Tag-a-thon held at the BL (through British Library Labs) on Hallowe’en 2014, myself and other volunteers went systematically though the Flickr collection, tagging all these suitable images.

Just over 50,000 maps and plans were found and these images were released as the latest batch needing to be georeferenced in March 2015.

As of October 2016, just over 18,000 of these have been successfully georeferenced, meaning that there are still around 32,000 waiting to be done. Considering how quickly previous releases had been completed the progress has been comparatively disappointing, however there are several reasons for this. Firstly, the sheer number of images needing to be processed, and secondly the variation in the mapping quality.  Previous batches had comprised specific map collections or specially chosen maps, whereas the Flickr collection contained a much wider range of images with many that are going to prove very tricky to georeference.

My own personal contribution to this current batch is 47,000 reference points (76,000 in total since the project started), which at around 10 to 20 points per map equates to several thousand maps georeferenced. This places me a considerable way ahead of any other contributor.
http://www.bl.uk/maps/georeferencingdata.html 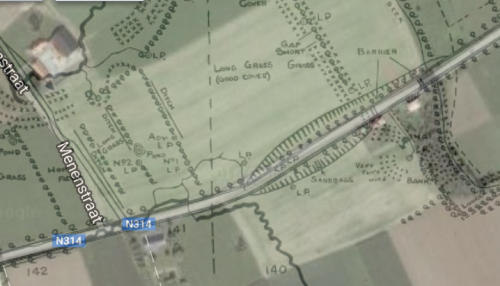 This year I have been promoting georeferencing in my local area by giving presentations to local history groups, highlighting the uses that georeferenced maps can be put to for research in their area.

In November, the British Library (through its Learning Team and Emma Bull, Schools Programme Manager) is holding a half day conference (details below) aimed at geography teachers, exploring digital resources and their uses in an educational setting. Working with Mahendra Mahey Manager of British Library Labs and Digital Mapping Curator at the British Library, Philip Hatfield my contribution to this is running workshops using my experience and expertise to demonstrate the art of georeferencing and allowing the participants to try georeferencing themselves.

The Way Ahead? Map Making and Digital Skills for Geography Teaching.

This half-day conference for Geography teachers at Key Stages 2–5 uncovers the British Library’s forthcoming major exhibition Maps and the 20th Century: Drawing the Line and explores a range of approaches to interpreting and creating maps, with a focus on digital resources, to support and enrich Geography in the Primary and Secondary classroom.

Posted by Digital Research Team at 7:44 AM