Tomorrow is International Games Day at Your Library (Saturday 19th November) and in addition to WordPlay; a free one-day festival at the British Library in London about writerly games, digital narrative and interactive fiction. There will also be board games and other digital games in the Eliot room in the Knowledge Centre between 11:00 and 16:00, these are free and you don't need to book, just turn up.

In the Eliot room there will be:

Amazing games that were created at The National Archive's Steampunk Game Jam. Including the jam's winning entry The Great Airship Rescue, where an aircraft created to locate Sir John Franklin’s lost Arctic expedition has been sabotaged by protestors and the player is tasked with fixing various ailing machinery to keep the aircraft aloft. You can read more about the Steampunk Game Jam games in their blog post.

Previous Off the Map finalist Gary Kings will be demonstrating his new game Disorient On The Murder Express; this is a short, humorous and experimental murder mystery game in which you are tasked with deducing the details of a convoluted murder that took place on an isolated train, and making a show of presenting the evidence and accusing the culpable parties. The game was born from a Game Jam hosted by GamesDev Wales in association with the Agatha Christie estate. Gary will also be giving visitors a sneak preview of his new game 2000:1: A Space Felony.

Disorient On The Murder Express Play-through

There will also be Game-Poetry games from PRINT / SCREEN. National Videogame Arcade writer-in-residence Abigail Parry and PhD poetry-games researcher Jon Stone present a smorgasbord of experiments mixing games with poetry. Generate your own love poem by shooting hearts in space, descend through the levels of Prospero’s drowned library, escape a textual labyrinth and play the finalists of this year’s Off The Map competition. 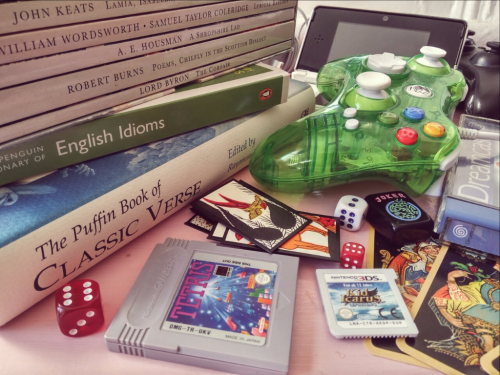