I’m a collaborative doctoral partnership student based here at the British Library and at Bath Spa University, supervised jointly by Stella Wisdom here, and Professor Kate Pullinger at Bath. In my research, I’m exploring how one of the most disruptive technologies of the past few decades – the ubiquitous mobile computing device, in the form of the smartphone or tablet computer – is changing the relationship between author, text, and reader.

Taking the launch of the original iPhone in 2007 as my starting point, I’m looking at the influence of mobile devices in two complementary areas. The first part of my research considers ‘mobile fictions’: narratives written specifically for smartphones and tablets; stories which build on the possibilities generated by such devices for new kinds of storytelling. The second explores how the social media platforms most commonly used on mobile devices – particularly Twitter and Facebook – offer opportunities for widespread, intense, and sustained interaction between authors and readers. Alongside those two areas of research, I’m also working on a creative project that will put many of the ideas explored in my research into practice: a short mobile audio fiction to be experienced over the course of a ten-minute walk through Brompton Cemetery. 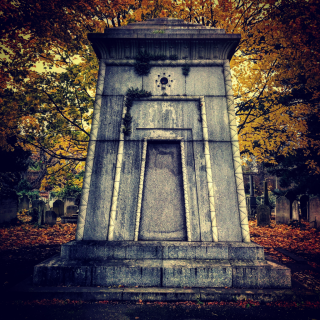 Issues around collecting and digital preservation are central to all three strands of my research, which is why I’m delighted to be based in the British Library and to have the chance to learn from – and ultimately, I hope, to contribute to – practice here. I’ll be considering how we might archive smartphone apps when so many are abandoned by their developers, left broken and unusable by updates to their operating systems – while others end up entirely deleted, so that the only evidence of their existence is a few reviews and the occasional broken link to an appstore. I’ll also be exploring how we can preserve the conversations that take place on social media. Furthermore, I’ll be attempting to put these learnings into practice – and establish some best practices – when exploring archiving my own creative project.