Finding digitised books in the Russian language in a collection of 65,000 books

Although there are 200 million items in the British Library, contrary to popular belief, only 1-2% of these items are digitised. The ‘Microsoft’ books are 65,000 digitised volumes - about 22.5 million pages, and they were published between 1789 and 1914; digitised in partnership with Microsoft. They cover a wide range of subject areas including topics such as philosophy, poetry and history and they include Optically Character Recognised (OCR) text from the millions of pages.

In discussion with Mahendra Mahey, Project Manager of BL Labs, we explored making a ‘sub collection’ from this larger set which will hopefully be of use to the library in the future. At first, I simply brainstormed possible ideas and looked at different possibilities for this project, and I thought that since 2017 celebrates a century since the Russian Revolution, I would do some research into the concept of ‘revolution’.

Definition - A forcible overthrow of a government or social order, in favour of a new system.

Etymology - Late latin ‘revolvere’, meaning to roll back, which turned into the Old French or Late Latin ‘revolutio’, from which came about our contemporary English word ‘revolution’.

Revolutions date back to as early as 2730 BC, where there was a set rebellion against the reign of the pharaoh Seth-Peribsen of the Second Dynasty of Egypt. The most recent revolution actually happened only last year in 2016, when there was a Turkish coup d'état attempt.

About the Russian Revolution

The British Library have recently opened an exhibition perfectly capturing not only the events that took place in this particularly intense period in history, but also the atmosphere that was omnipresent at the time and on my very first day here at the British Library, I got the chance to explore and study this fascinating exhibition in great depth.

The Russian Revolution was initiated by Lenin and the Bolsheviks, who hoped to create a socialist government, and in 1917, they successfully dismantled Tsarist autocracy in the hope of making society less stratified. The revolution resulted in the rise of the USSR and in the words of Karl Liebknecht, “The Russian revolution was to an unprecedented degree the cause of the proletariat of the whole world becoming more revolutionary”. However, this revolution also led to months of social and political turmoil and provoked the tragedy of the Russian Civil War on an unforeseeable scale, in which 10 million lives were lost. The revolution also produced myths that entered the artistic and intellectual fabric of the modern world, which the exhibitions uncovers and investigates. Learn more about the Russian Revolution by booking your tickets for the Russian Revolution Exhibition at the British Library on the website http://goo.gl/FL9FFt. 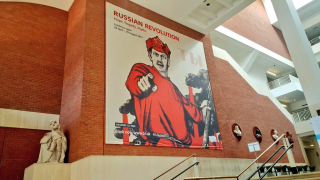 As part of my research project, I also wanted to incorporate some of the other subjects that I had studied at GCSE, and so I thought this would be a brilliant opportunity to compare the Russian Revolution to the French Revolution, both French and Russian being subjects that I wish to at A-level. The French Revolution was a period of far-reaching social and political upheaval in France that lasted from 1789 until 1799, and was partially carried forward by Napoleon during the later expansion of the French Empire.

Below is a mind-map I made detailing the differences and similarities between the French and the Russian Revolution. 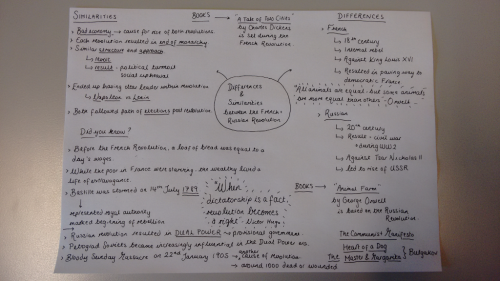 Although my initial focus for the project was revolution, we soon established that it was too specific a topic and it would be more beneficial to focus on something broader, that would be useful to a larger group of researchers.

I soon discovered that the Russian titles within the digitised collection had never previously seperated and categorised, and being a native Russian speaker, I thought that this would be a better avenue to go down and explore. This would be a project in commemoration of the 100th anniversary of the Russian Revolution, which would hopefully help researchers looking at books in the Russian language in the future.

Facts about the Russian Language

My first task included examining a huge spread sheet containing information about the 65,000 books in the collection. 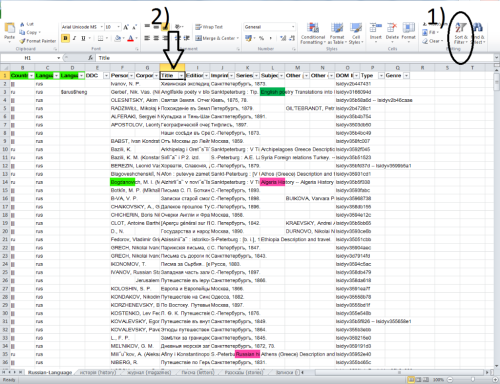 Screenshot of my spread sheet.

In this project, I found that I had to overcome a number of difficulties. 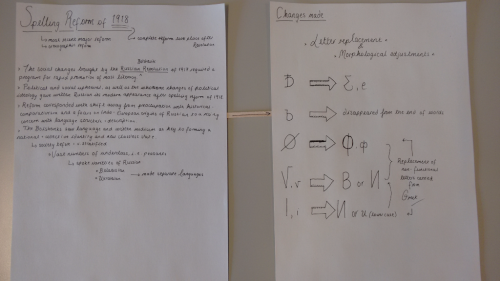 Bolshevik Spelling Reform of 1918 Research, detailing the causes for the reform and the changes made to the Russian language

Suddenly, everything made a lot more sense.

This discovery meant that I had to change my approach a little bit, so rather than typing in the Russian words in the spelling that I knew today, I would have to go for a sort of hunt throughout the spreadsheet, looking for words in the titles of the books that could encompass a number of books. In a way, this made the process of my project even more interesting, despite the fact that it took longer.

As I mentioned in my previous blog, the majority of the Russian language books were actually non-fiction. As a result, I decided to create sub-categories for the non-fiction set, which can be seen in the speech-bubble I created below. 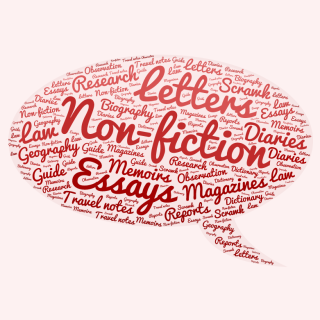 To help me in this task, I decided to create a colour-coding system for classification, so that I could keep track of my progress. 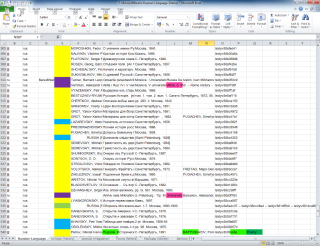 Screenshot of my spread sheet showing the colour coding system that I used.

In conclusion, I managed to categorise the Russian language books into two broad categories, fiction and non-fiction, and I created 25 sub-collections within the non-fiction category. This project has been extremely enjoyable to work on, and although there were many challenges involved in the process, I have learnt lots during my research journey. In order to improve this project, I would definitely say that more work needs to be done on splitting up the 'history' sub-collection of my non-fiction title, since it is very broad and covers political accounts, as well as books about Russian History. Additionally, I think that this project would also considerably benefit from undergoing a thorough check with curators, in order to help classify some of the books I have not organised into separate collections yet. 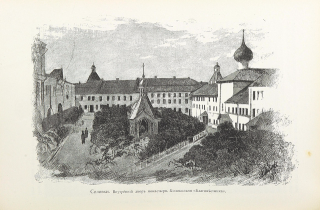 An illustration from one of the Russian books, По Сѣверо-Западу Россіи, available in the digitised collections. Image can be accessed on British Library Flickr Commons.