The first area of work sought to address my desire to create an automated system that could take a single map image from the British Library’s 1 Million Images from Scanned Books Flickr Commons collection and from it generate an endless series of everchanging aesthetic iterations. This initiative was undertaken by the software architect and engineer David Steele who developed a server-side program to realise this concept.

David’s server application links to a curated set of British Library maps through their unique Flickr URLs. The high-resolution maps are captured and stored by the server, and through a pre-defined algorithmic process are transformed into ultra-high-resolution images that appear as mandala-esque ‘city plans’. This process of aesthetic transformation is executed once per day, and is affected by two variables. The first is simply the passage of time, while the second is based on external human or network interaction with the original source maps in the digital collection (such as changes to meta data tags, view counts, etc.).

Time-lapse of algorithmically generated images (showing days 1, 7, 32 and 152) constructed from a 19th-century map of Paris

The second challenge involved transforming the algorithmically created 2D assets into real-time 3D environments that could be experienced through leading-edge visualisation systems, including VR headsets. This work was led by the researcher and visualisation expert Drew Baker, and was done using the 3D game development platform Unity. Drew produced a working prototype application that accessed the static image ‘city plans’ generated by David’s server-side infrastructure, and translated them into immersive virtual ‘cityscapes’.

The process begins with the application analysing an image bitmap and converting each pixel into a 3D geometry that is reminiscent of a building. These structures are then textured and aligned in a square grid that matches the original bitmap. Afterwards, the camera viewpoint descends into the newly rezzed city and can be controlled by the user. 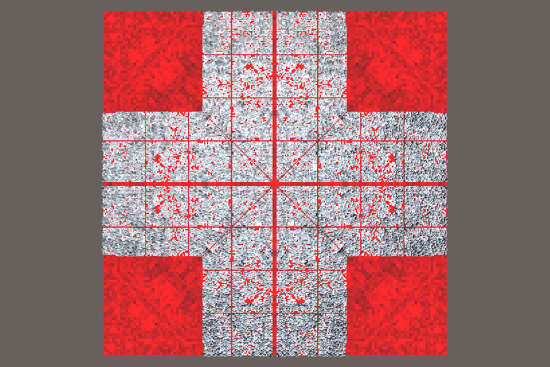 Analysis and transformation of the source image bitmap 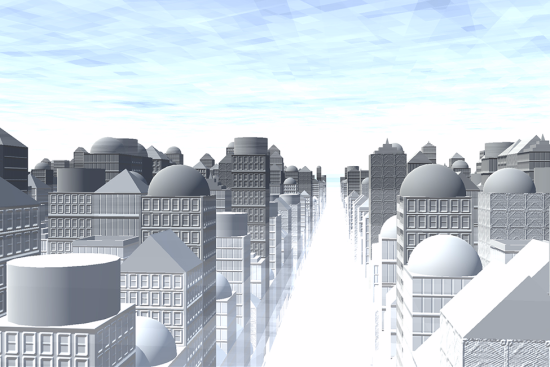 At present I am still working with David and Drew to refine and expand these amazing systems that they have created. Moving forward, our next major task will be to successfully use the infrastructures as the foundation for a new body of artwork. 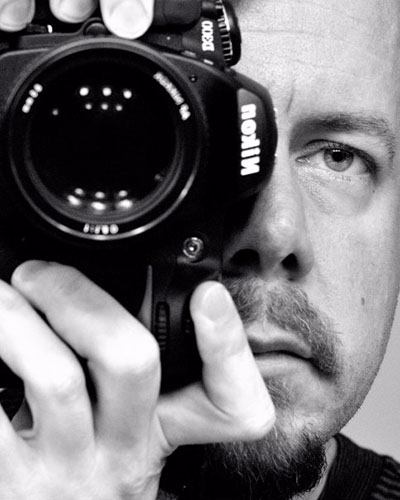 David Steele is a computer scientist based in Arlington, Virginia, USA specialising in progressive web programming and database architecture. He has been working with a wide range of web technologies since the mid-nineties and was a pioneer in pairing cutting-edge clients to existing corporate infrastructures. His work has enabled a variety of advanced applications from global text messaging frameworks to re-entry systems for the space shuttle. He is currently Principal Architect at Crunchy Data Solutions, Inc., and is involved in developing massively parallel backup solutions to protect the world's ever-growing data stores. 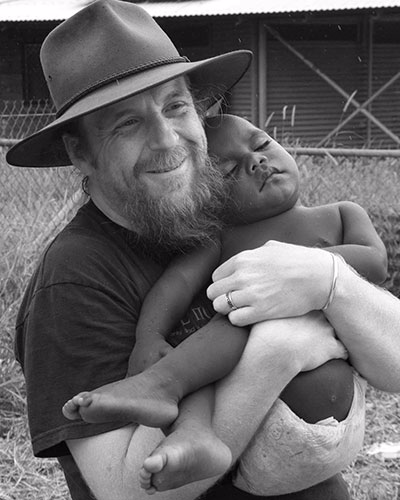 Drew Baker is an independent researcher based in Melbourne Australia. Over the past 20 years he has worked in visualisation of archaeology and cultural history. His explorations in 3D digital representation of spaces and artefacts as a research tool for both virtual archaeology and broader humanities applications laid the foundations for the London Charter, establishing internationally-recognised principles for the use of computer-based visualisation by researchers, educators and cultural heritage organisations. He is currently working with a remote community of Indigenous Australian elders from the Warlpiri nation in the Northern Territory’s Tanami Desert, digitising their intangible cultural heritage assets for use within the Kurdiji project – an initiative that seeks to improve mental health and resilience in the nation’s young people through the use mobile technologies.