Movable Type is a tabletop word game, and something of a love letter to classic books and authors, made completely of custom playing cards. While the game’s appearance might remind you of Scrabble, it has some tricks up its sleeve to give it a much more modern and dynamic feel. 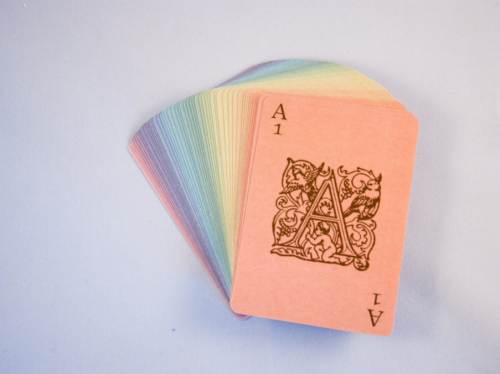 The initial idea for Movable Type was born around two years ago. I had been making games for some years and knew I wanted to do something with a word game. My main objective was to have a game that was very interactive, easy to grasp, and tactical, while also being very quick to play. As much as I love word games, some of them have a tendency to outstay their welcome.

The central mechanism in Movable Type is called card-drafting. This method allows players to pick their letter cards each round – this does away with the large amounts of luck you find in many classic word games, and instead shifts attention onto the tactical decisions of the players. It also means that rules are kept very simple and that players can take their turns simultaneously, creating a much more dynamic play environment. 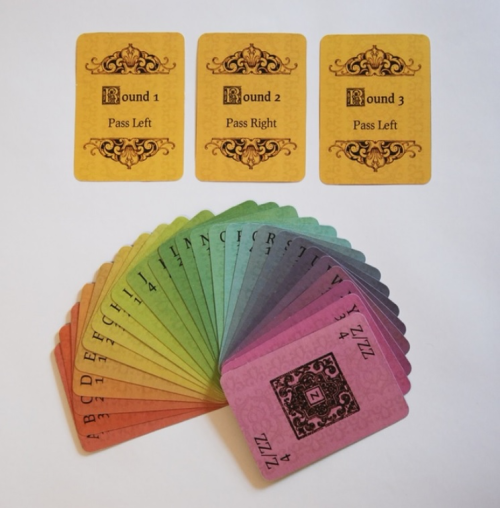 The prototype for Movable Type was only a few weeks old when I settled on the art style I was going to use in the final product. I’ve been a long-time fan of the British Library Flickr account, which lets users browse through images from public domain books. Once I had spotted the large collection of initial capitals, I was sold! 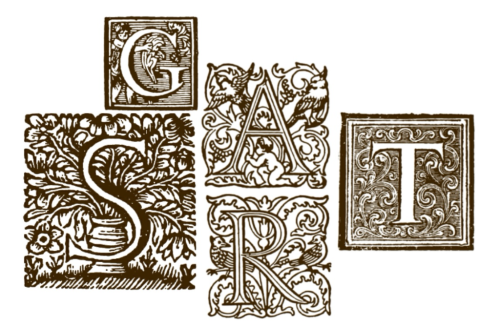 My wife, Tiffany Moon, is a graphic designer by trade. She helped clean up the images and present these beautiful pieces of art in a colourful new fashion, appropriate for a retail product. I also wanted portraits of some of my favourite authors to be in the game, so I commissioned Alisdair Wood to create woodcut-style images of ten classic, influential and diverse literary figures. Without those initial capital images taken from the British Library collection and used to direct the game’s overall style, Movable Type would likely not look half as impressive and definitely wouldn’t resonate with me and many players like the current style does. 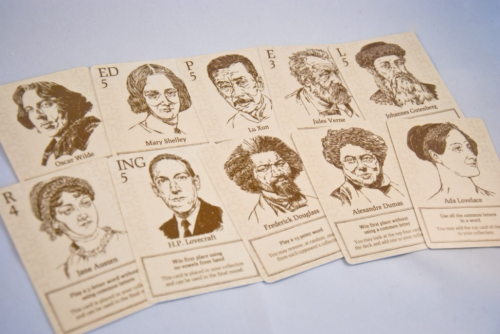 I launched Movable Type on the crowdfunding platform, Kickstarter, last year. Upon its release, it won the Imirt Irish Game Award for Best Analog Game and second runner-up for Game of the Year. It received good reception at several public events and sold out of its initial print run, so I decided that a second edition of the game was in order. That bigger and better second edition is funding on Kickstarter and should be in some select retail stores by mid to late 2018 (fingers crossed!).

Movable Type receiving the Commercial Category BL Lab Award, was a huge boon for the reputation of the game and myself as a game designer. Furthermore, it was a genuine honour to be at the British Library for this event and able to share my product with the audience there.

Posted by BL Labs on behalf of Robin David O’Keeffe