Vittoria’s 'World of Stories' - the BL Labs Learning and Teaching Award Winner 2017 - is a project led by parents at Vittoria Primary School through the PTA, with the support of school staff. The aim of the project is to collect and share traditional tales from around the world and creative work by current pupils through workshops, the production of a book, school assemblies, readings and performances, and via the creation of audio, text and images for the school website during the current academic year. The illustrations for the project are drawn from the British Library’s Flickr collection which are displayed alongside pupils’ artwork. 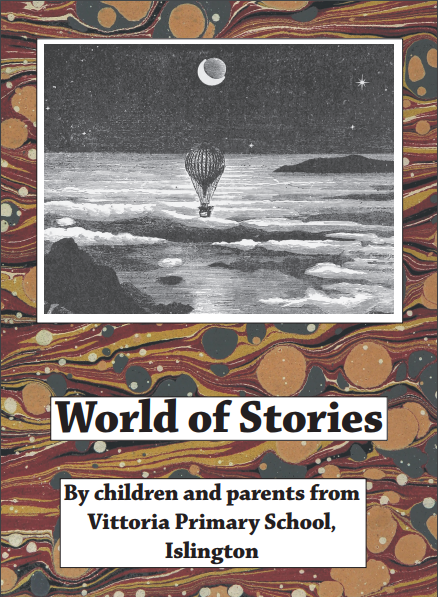 The front cover of Vittoria primary school's 'World of Stories'

Our school is a diverse community of learners: pupils’ families come from a wide range of ethnic and cultural backgrounds. Languages spoken by pupils at home include Arabic, Bengali, Vietnamese, Russian, Chechen, Turkish and Somali. One of the pedagogical goals of the project was to make visible the similarities between well-loved traditional tales and explore how different cultures use the same cast of characters - heroes and heroines, tricksters and magicians, villains and monsters – in order to speak across generations about what it means to be human. We wanted to promote and celebrate the diversity of the multi-cultural community which makes up our school, and show parents and children that the characters and stories they love are shared by others from different cultures.

The stories in the book include original works by pupils, gathered through a story-writing competition with winning entries selected by the PTA committee. We also asked parents to nominate traditional tales for inclusion in the collection, and held a bi-lingual (English and Arabic) story-sharing workshop for parents organised by the PTA. During the workshop, parents spoke about well-known traditional tales which they remembered from childhood and discussed the contrasts and similarities between characters and narratives from different cultures. For example, the section of the book which presents ‘bogeyman’ type monsters was developed from discussions in the workshop. We discovered that the Beast from Beauty and the Beast is called ‘Al-Ba’ati’ in Sudan, where the story is known as ‘Jamila wal Ba’ati’. Sudanese parents discussed how ‘Al-Ba’ati’ is used to encourage good behaviour in children, which prompted another parent to share her family’s stories of ‘The Boogerman’ who plays a similar role in persuading children to stay in bed at bedtime. 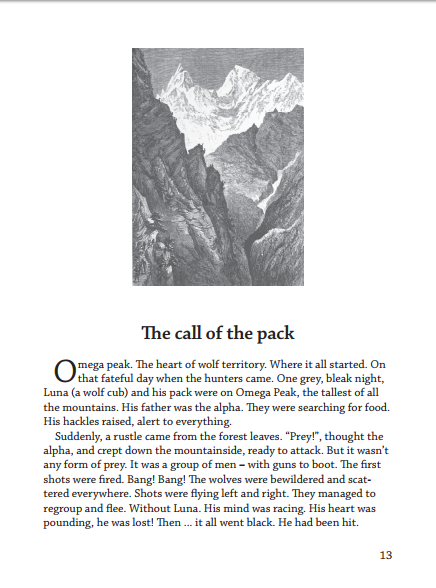 One of the British Library's Flickr images, used as an illustration

The project also links with our work within the classroom to develop children’s reading skills, through promoting a love of reading and books at home. By showing that we value and celebrate the oral culture of storytelling between parents and children, and by collecting and translating tales from languages other than English, we aim to encourage parents to read with their children and support their learning at home.

The project has had a positive effect within the school community, by promoting dialogue and interaction between parents from different cultures through the parents’ workshop, and provided a vehicle to celebrate pupils’ achievements to the school community. Parents have also bought copies of the book to share with family and friends. One of our parent contributors took copies of the book to share with older generations of her family in Sudan during a recent visit, and we hope that other parents will do the same.

During the next phase of the project we will be organising a series of readings and performances using the book with different year groups and making audio recordings which we will publish on the school website for parents to download and listen to with their children at home.

Posted by BL Labs on behalf of Vittoria Primary school

Posted by Digital Research Team at 10:45 AM