Venturing off the page; into multimedia and new narrative forms – we invite you to join us for an evening exploring the worlds of digital comics.

Over the past year, our Contemporary British Collections team have been busy exploring how comics are created and distributed in the 21st century. You can read these blog posts about projects done by our PhD placement researchers:

The Proper Serious Work of Preserving Digital Comics and Collecting Webcomics in the UK Web Archive by Jen Aggleton, who created a UK Web Archive collection of web comics. 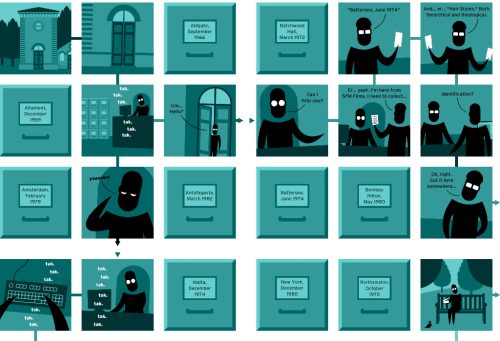 An extract from The Archivist by Daniel Merlin Goodbrey

Continuing this work, we have been collaborating with John Freeman and Graham Baines of British Comics website downthetubes.net to bring together an exciting panel of comics creators for our next Digital Conversation at the British Library. We’ll be exploring the fortunes of comics in the online world, and looking ahead at what’s next for digital comics. Our panel brings together a great range of experience in creating comics and digital media in many forms:

Kate Ashwin – has been creating internet comics since 2002 and is the creator of Widdershins, a series mixing magic, comedy and adventure, set in a fictional West Yorkshire town.

Yomi Ayeni – creates work across different media, including film and digital projects as well as comics. His Clockwork Watch series was voted best Graphic Novel in 2015 by readers of Steampunk Chronicle.

Daniel Merlin Goodbrey – is a pioneer of digital comics, experimenting with the hypercomic form and “infinite canvass” comics (an extract from The Archivist can be seen above). Daniel’s comics, and writing about comics, can be found on e-merl.com

Bryan Talbot – is one of Britain’s best known comic artists and credited as one of the creators of the graphic novel form. His work includes The Adventures of Luther Arkwright, Alice in Sunderland, the Grandville series of steampunk detective thrillers, Dotter of Her Father’s Eyes and Sally Heathcote: Suffragette. 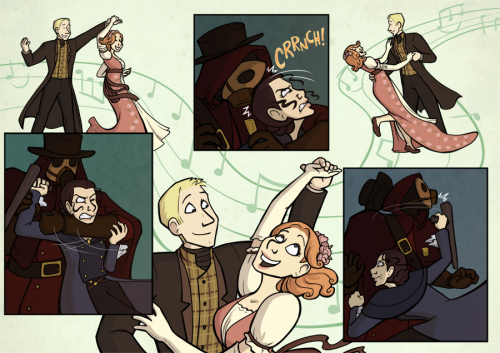 Comics have always provided an immediate and emotionally-engaging way of telling imaginative stories. British comics creators have been at the vanguard of innovation, and this has been true also of digital comics. Join our Digital Conversation to find out how new technologies are leading to new forms of story-telling, plus what the challenges and opportunities are for building web comics collections.

The Digital Comics Conversation event takes place in The Terrace Restaurant at the British Library on Wednesday 18th April, 18.30- 20.30; for more details including booking, visit: https://www.bl.uk/events/digital-conversation-digital-comics.

This is a guest post by Ian Cooke, Head of Contemporary British Publications, on twitter as @IanCooke13.