A guest blog by our colleague Tuija Ainonen, describing the project which won the 2018 BL Labs staff award.

The collections of medieval manuscripts in the British Library and the Bibliothèque nationale de France (BnF) rank amongst the finest and most important in the world. Together they have particularly strong holdings of manuscripts made in France and England before 1200. 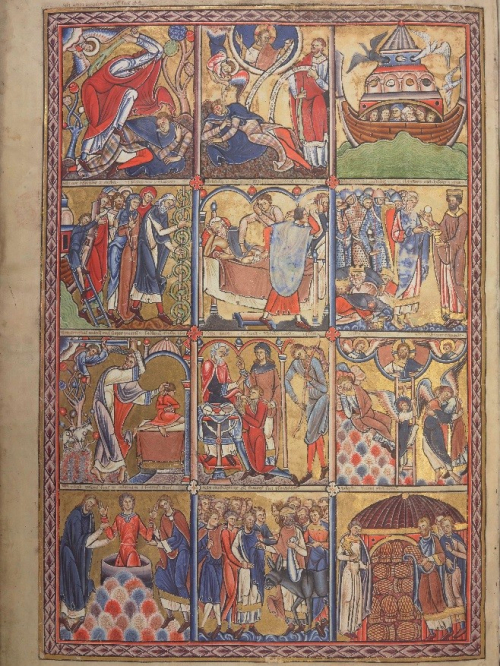 In the summer of 2016, the two Libraries joined forces to digitise and promote access to 800 medieval manuscripts. 400 manuscripts from each Library were fully digitised in the project that was made possible by generous funding from The Polonsky Foundation. The successful completion of this ground-breaking international project in November 2018 required the collaboration of a large number of specialists from various fields: curators, cataloguers, conservators, and imaging and information technology specialists from both libraries worked together closely through a programme of knowledge exchange and collaborative workshops. 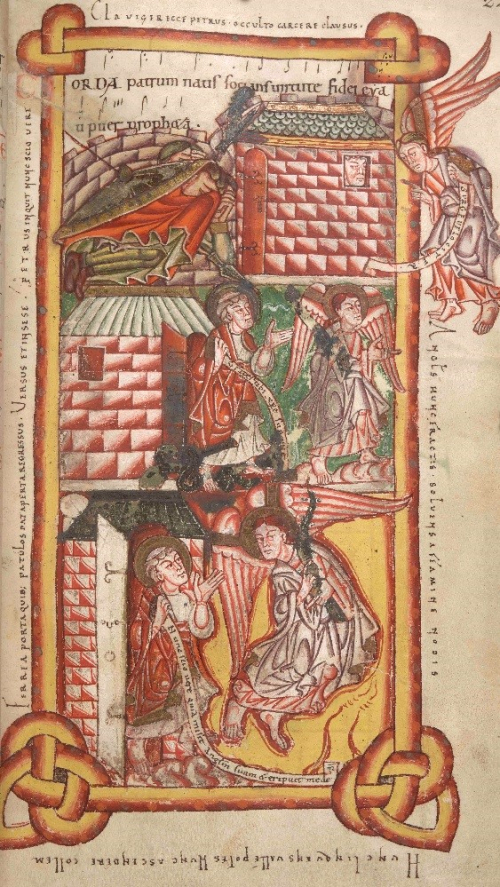 An angel leads St Peter out of prison, from the Caligula Troper, England, 2nd half of the 11th century: British Library Cotton MS Caligula A XIV, f. 22r.

The result of this collaboration now allows anyone around the world to explore and compare these beautiful and historically important manuscripts, which were previously available principally to scholars using the reading rooms of the British Library in London and the Bibliothèque nationale in Paris and in occasional exhibitions.

All 800 manuscripts are now available on an innovative website hosted by the BnF, France et Angleterre: manuscrits médiévaux entre 700 et 1200. The website allows users to search manuscripts in English, French and Italian, and to view and compare manuscripts side-by-side using International Image Interoperability Framework (IIIF) technology. Images can be annotated and downloaded either as an individual image or as a PDF of an entire manuscript. Annotations can also be downloaded in a data-interchange JSON (JavaScript Object Notation) format and shared.

The team at the British Library tackled the processes required to transform the images and catalogue records into an IIIF format. For example, cataloguing in the Library’s Integrated Archives and Manuscripts System (IAMS) required expansion of the use of the authority files, including a systematic application of International Standard Name Identifier (ISNI) and Getty Thesaurus of Geographic Names (TGN) numbers, all of which facilitated the work toward multilingual search functionality for author and place information. The incorporation of authority files also allowed the author and place information to be present in the IIIF manifests, and thus to be displayed in the IIIF viewer. Collaboration with the Heritage Made Digital team and the Technology department’s Architecture and Design team allowed us to ingest 400 medieval manuscripts in the new IIIF format. In some ways, the project constituted a pilot project paving the way for the continuation of the transformation of the thousands of manuscripts that are currently available through the Digitised Manuscripts website in a pre-IIIF format. The project’s contribution in this respect was both pioneering and transformative. 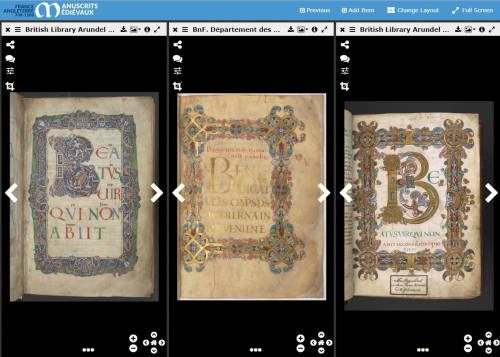 The other innovative resource, the British Library-hosted Medieval England and France, 700–1200 website, presents a curated selection of these manuscripts, highlighting different topics and manuscripts in both English and French. Curiously minded people with a more general interest are able to explore themes such as medieval art, history and science on this website by reading articles and immersing themselves in the beautiful images that showcase some of the most spectacular highlights of the collections. Further, a number of short videos reveal how manuscripts were made and what they can tell us about the cultural exchange between England and France during the early Middle Ages. 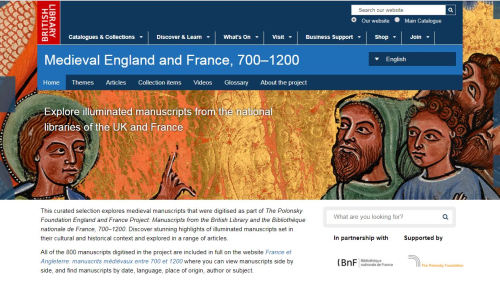 The curated website Medieval England and France, 700–1200 is an online exhibition presenting medieval manuscripts and their significance through videos, articles, and short manuscript descriptions.

How did we do it? Preservation, cataloguing and digitisation

Here at the British Library the digitisation and cataloguing workflows proceeded in tandem for almost two years, and were joined by the web curation workflow for the final year of the project. A conservator checked each manuscript before it was photographed and any necessary preservation work was performed to ensure that all manuscripts could be digitised safely. Two photographers, expert in handling rare manuscript material, worked for a year and a half to produce over 125,000 images. An imaging officer checked each image and processed them for display in two image viewers (Digitised Manuscripts and the IIIF compatible project viewer). 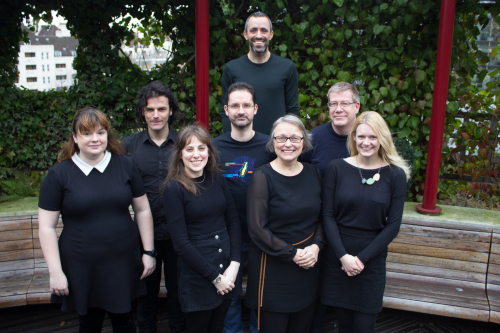 All of the manuscripts were newly catalogued to include an up-to-date bibliography, the identification of texts and provenance, and descriptions of the artwork. Soon after the project began, the web curation joined the workflow, involving collaboration with a large number of external contractors, including article authors, a filmmaker, and a translator. Two project interns helped at various stages and gained valuable insight into the workings of a large international digitisation and curation project.

Team at the British Library 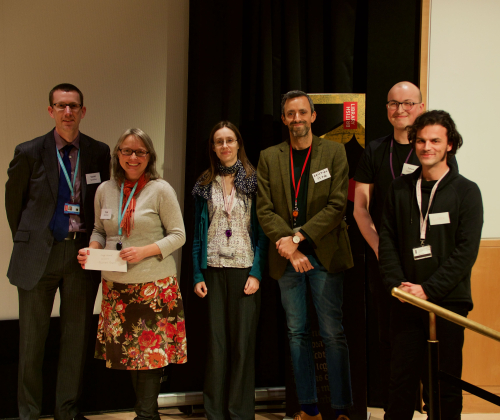 In addition to these, many British Library staff members were involved at various stages of the delivery, and we wish to extend our gratitude to Jo Harrop, Lulu Paul, Mia Ridge, Nicolas Moretto and Sandra Tuppen who helped us to actualise and improve the technical workflows along the way. We wish to thank also Alison Hudson, Chantry Westwell, and Emilia Henderson who provided valuable content and comments at various stages of the project. Special thanks are due to the many staff members at the British Library who had the vision, gave their support and guided the team all along the way, and especially to the members of the internal and joint project boards of (in alphabetical order) Claire Breay, Michele Burton, Paul Clements, Kathleen Doyle, Hannah Gabrielle, Karl Harris, Kristian Jensen, Scot McKendrick, Cordelia Rogerson, and Ben Sanderson.

The project was made possible thanks to the vision and support of The Polonsky Foundation as part of its mission to provide and improve access to our shared cultural heritage.

Watch the Polonsky England and France Project team receiving their award and talking about their project on our YouTube channel (clip runs from 15:05):

Find out more about Digital Scholarship and BL Labs. If you have a project which uses British Library digital cotent in innovative and interesting ways, consider applying for an award this year! The 2019 BL Labs Symposium will take place on Monday 11 November at the British Library.

Posted by Digital Research Team at 10:27 AM