Nomad is a collaborative project between Abira Hussein, an independent researcher and curator, and Sophie Dixon and Ed Silverton of Mnemoscene. They were the runners up in the BL Labs Artistic Award category for 2018, and they've written a guest blog post about their project for the Digital Scholarship blog.

The project has been supported by the Heritage Lottery fund and premiered at the British Library and British Museum during the Somali Week Festival 2018. Centred around workshops engaging Somali communities in London, Nomad explores the creative use of Mixed Reality and web-based technology to contextualise archival Somali objects with the people and traditions to which they belong. 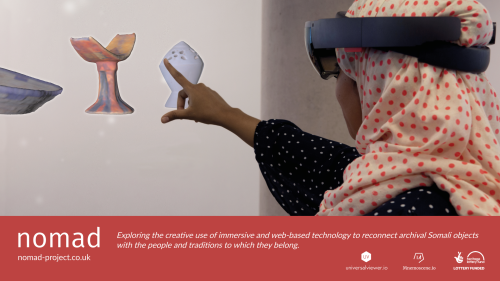 Nomad began with three Somali heritage objects - a headrest, bowl, and incense burner - which had been digitised at the British Museum. Thanks to Object Journeys, a previous project Abira was involved in, they were freely available to use.

Our goal was to reflect the utilitarian nature of the objects by showing their intended use. Furthermore, in Somali culture, songs and poetry are very important and we wanted to reconnect the objects to the sounds and traditions to which they belonged.

Our approach was to use Microsoft’s Mixed Reality HoloLens headset to show a Nomadic Somali family using the objects in real, everyday spaces. When wearing the headset the user can select different objects to reveal different members of the family, seeing how the object would be used, and hearing the songs which would have accompanied their use.

You can get a taste of the HoloLens experience in this short video (1 minute).

To create these ephemeral figures we used motion capture and 3D modelling, creating the clothing by referencing archival photographs held at the Powell Cotton Museum in Kent.

We used the British Library’s John Low collection as the source for the sounds you hear in the Mixed Reality experience. John Low travelled across Somalia between 1983-1986 working for an NGO to support community development. In his spare time he made field recordings with different tribes and dialects, providing an insight into the diversity of Somali oral traditions. The collection includes work songs reflecting pastoral life and poems, also known as Gabay, which are often recited in communal settings. 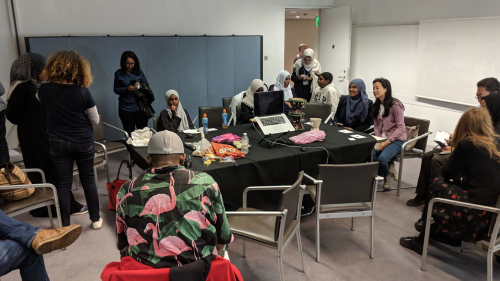 Workshop held at the British Museum during the Somali Week Festival

With support from the Heritage Lottery Fund we toured the Mixed Reality experience to different Somali communities in London. The immersive experience became a way to inspire and encourage communities to share their own stories, to be part of an openly accessible archive representing their own narratives for Somali cultural heritage.

These workshops were exciting events in which participants handled real objects, tried the Mixed Reality experience and took part in the photogrammetry process to capture 3D models of the objects they had brought to the workshops.

To make the objects and sounds accessible to all, we also created Web-based Augmented Reality postcards to be used in the workshops. 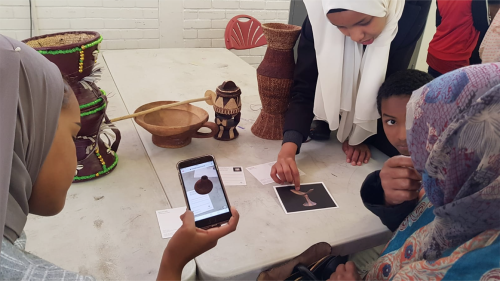 From the workshops we have 3D models, photographs and audio recordings which we’re currently adding to an online archive using the Universal Viewer. For updates about the archive and to find out more about our project please visit us at nomad-project.co.uk.

Watch the Nomad team receiving their award and talking about their project on our YouTube channel (clip runs from 4:15 to 8:16):