BL Labs 2018 Teaching & Learning Award Runner Up: 'Pocahontas and After'

This guest blog is by Border Crossing, the 2018 BL Labs Teaching & Learning Award Runners Up, for their project, 'Pocahontas and After'. 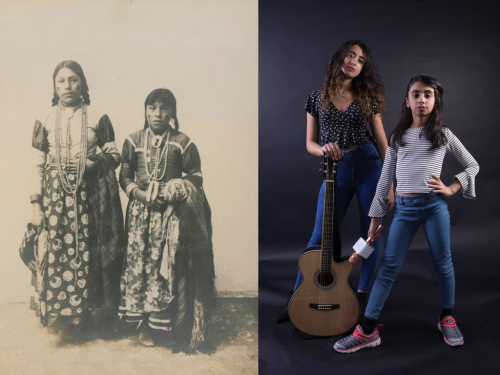 Two images, each showing two young women dressed to show their culture, their pride, their sense of self. The first image dates from 1907, and shows The Misses Simeon, from the Stoney-Nakoda people of Western Canada, photographed by Byron Harmon. The second was taken in 2018 by John Cobb at Marlborough Primary School, West London, and shows a pupil of Iraqi heritage called Rose Al Saria, pictured with her sister. It was Rose who chose the particular archive image as the basis for her self-portrait, and who conceptualised the way it would be configured and posed.

This pair of photos is just one example in Border Crossings' exhibition Pocahontas and After, which was recently honoured in the British Library’s Labs Teaching and Learning category. The exhibition - which was seen by more than 20,000 people at Syon House last summer, and goes to St Andrews in February - represents the culmination of a sustained period of education and community work, beginning with the 2017 ORIGINS Festival. During the Festival, we not only held a ceremony for three indigenous women to commemorate Pocahontas at Syon, where she had stayed in the summer of 1616: we also brought indigenous artists into direct contact with the diverse communities around the House, in the two Primary Schools where they led workshops and study sessions, in the wonderful CARAS refugee group, and through our network of committed and energetic festival volunteers. In the following months, a distilled group from each of these partners worked closely with heritage experts from the archives (including the British Library’s own Dr. Philip Hatfield), Native American cultural consultants, and our own artistic staff to explore the ways in which Native American people have been presented in the past.

Their journeys into the archives were rich and challenging. What we think of as "realistic" photographs of indigenous people often turned out to be nothing of the kind. Edward Curtis, for example, apparently carried a chest of "authentic" costumes and props with him, which he used in his photographs to recreate the life of "the vanishing race" as he imagined it may have been in some pre-contact Romantic idyll. In other words, the archive photos are often about the photographer and the viewer, far more than they are about the subject. 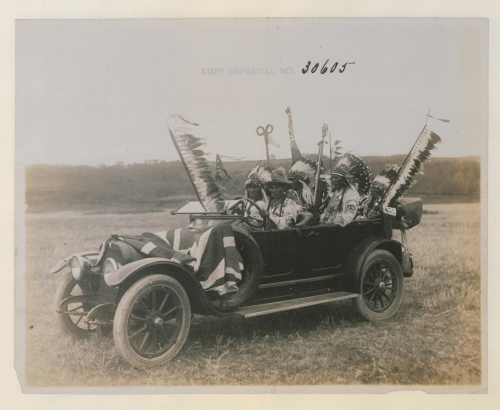 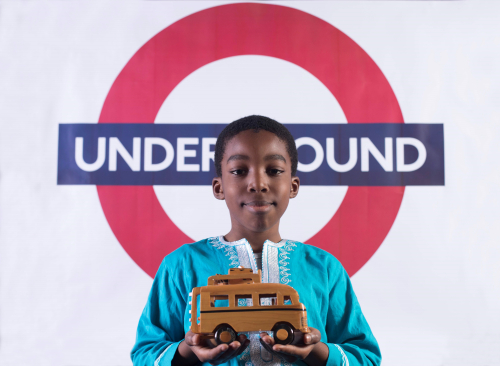 As our volunteers came to realise this, they became more and more assertive of the need for agency in contemporary portraiture. Complex and fascinating decisions started to be made, placing the generation of meaning in the bodies of the people photographed. For example, Sebastian Oliver Wallace-Odi, who has Ghanaian heritage, saw how Ronald Mumford’s archive photo had been contrived to show “British patriotism” from First Nations chiefs, riding a car bedecked in a Union Jack, during the First World War. Philip showed him how other photos demonstrated the presence of Mounties at the shoot, emphasising the lack of agency from the subjects. Sebastian countered it with an image in which the red white and blue flag is the symbol of the London Underground where his father works, and the car, like his shirt, is distinctly African.

What I love about this exhibition is that the meaning generated does not reside in one image or the other within the pair - but is rather in the energising of the space between, the dialogue between past and present, between different cultures, between human beings portrayed in different ways. It seems to me to be at once of way of honouring the indigenous subjects portrayed in the archive photographs, and of reinventing the form that was often too reductive in its attempts to categorise them.

Thanks to the Heritage Lottery Fund for supporting this project. Photos from the British Library digital collections.

Watch the Border Crossing team receiving their Runner Up award and talking about their project on our YouTube channel (clip runs from 3.46 to 10.09):