This guest blog was written by David Zvi Kalman on behalf of the team that received the runner up award in the 2018 BL Labs Commercial category. 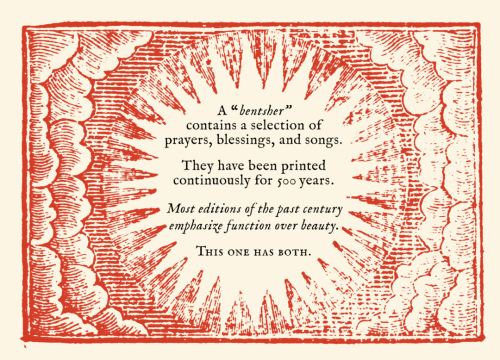 The bentsher is a strange book, both invisible and highly visible. It is not among the more well known Jewish books, like the prayerbook, Hebrew Bible, or haggadah. You would be hard pressed to find a general-interest bookstore selling a copy. Still, enter the house of a traditional Jew and you’d likely find at least a few, possibly a few dozen. In Orthodox communities, the bentsher is arguably the most visible book of all.

Bentshers are handbooks containing the songs and blessings, including the Grace after Meals, that are most useful for Sabbath and holiday meals, as well as larger gatherings. They are, as a rule, quite small. These days, bentshers are commonly given out as party favors at Jewish weddings and bar/bat mitzvahs, since meals at those events require them anyway. Many bentshers today have personalized covers relating the events at which they were given.

Bentshers have never gone out of print. By this I mean that printing began with the invention of the printing press and has never stopped. They are small, but they have always been useful. Seder Oneg Shabbos, the version which I designed, was released 500 years after the first bentsher was published. It is, in a sense, a Half Millennium Anniversary Special Edition. Bentshers, like other Jewish books, could be quite ornate; some were written and illustrated by hand. Over the years, however, bentshers have become less and less interesting, largely in order to lower the unit cost. In order to make it feasible for wedding planners to order hundreds at a time, all images were stripped from the books, the books themselves became very small, and any interest in elegant typography was quickly eliminated. My grandfather, who designed custom covers for wedding bentshers, simply called the book, “the insert.” Custom prayerbooks were no different from custom matchbooks.

This particular bentsher was created with the goal of bucking this trend; I attempted to give the book the feel of the some of the Jewish books and manuscripts of the past, using the research I was able to gather a graduate student in the field of Jewish history. Doing this required a great deal of image research; for this, the British Library’s online resources were incredible valuable. Of the more than one hundred images in the book, a plurality are from the British Library’s collections. 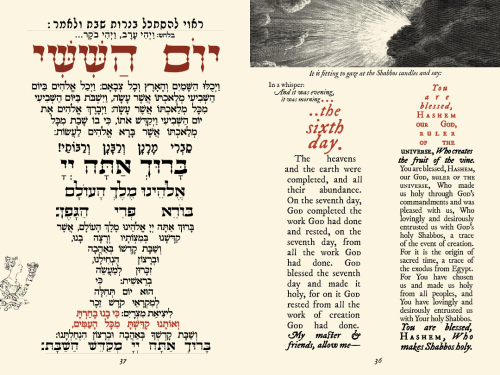 In addition to its visual element, this bentsher differs from others in two important ways. First, it contains ritual languages that is inclusive of those in the LGBTQ community, and especially for those conducting same-sex weddings. In addition, the book contains songs not just in Hebrew, but in Yiddish, as well; this was a homage to two Yiddishists who aided in creating the bentsher’s content. The bentsher was first used at their wedding. 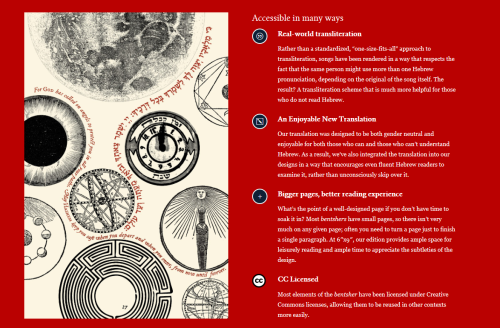 Watch David accepting the runner up award and talking about the Seder Oneg Shabbos Bentsher on our YouTube channel (clip runs from 5.33 to 7.26):

David Zvi Kalman was responsible for the book’s design, including the choice of images. He is a doctoral candidate at the University of Pennsylvania, where he focuses on the relationship between Jewish history and the history of technology. Sarah Wolf is a specialist in rabbinics and is an assistant professor at the Jewish Theology Seminary of America. Joshua Schwartz is a doctoral student at New York University, where he studies Jewish mysticism. Sarah and Joshua were responsible for most of the books translations and transliterations. Yocheved and Yudis Retig are Yiddishists and were responsible for the book’s Yiddish content and translations.