This guest post is by Majd Al-Shihabi, he is a systems design engineer and urban planning graduate student at the American University of Beirut. He is the inaugural recipient of the Bassel Khartabil Free Culture Fellowship. You can find him on Twitter as @majdal.

On the 15th of May, Palestinians across the world commemorated Nakba Day, literally translating to “catastrophe”. It is the day where they remember the expulsion of more than 700,000 Palestinians from their cities, towns and villages, and the destruction of the more than 500 localities, as a prelude to the creation of the State of Israel.

Often, those villages are completely erased. Take for example Lubya. Maps made by the British Society called Palestine Exploration Fund in 1870s mark Lubya on the map, with some farmland in the east and south of the village: 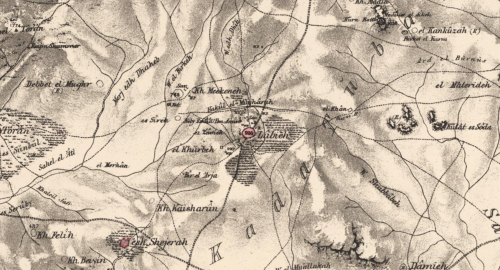 In the 1940s, in the last years of the British Mandate over Palestine, the mandate authorities created a set of “topo-cadastral” maps at scale 1:20,000, showing details of the village, including the location of the school, a shrine to El Khadr, and seasonal activities like the threshing floor. 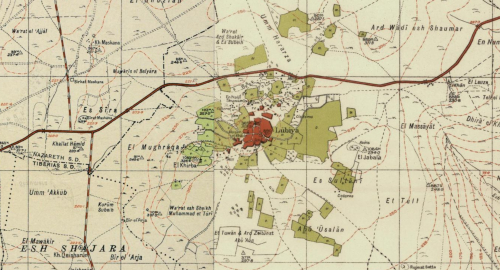 Another set of maps, created in 1946, just before the Nakba, this British Mandate map shows Lubya, with the major road that connects Nazareth to Tiberias passing just north of it, as well as some minor roads leading to the village. 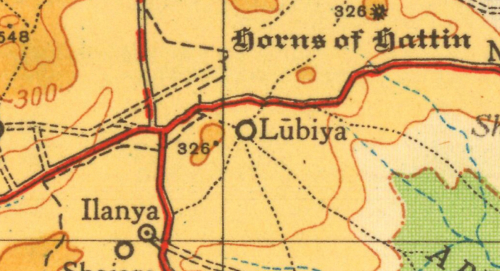 Just three years after the creation of the State of Israel, in 1951, an almost identical map is published, with one major difference: Lubya is literally erased from the map: 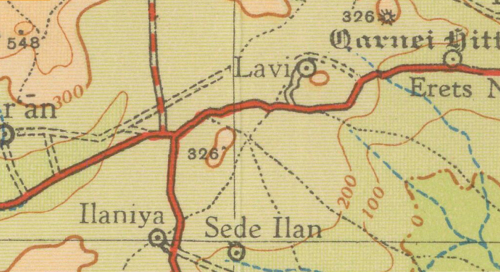 1951 map showing the same major and minor roads, with the minor roads leading to nothing

This is what the village’s location looks like right now:

The bold spot among the trees is where the village’s houses used to stand.

The Palestine Open Maps project has been collecting those public domain maps and making them available as a tool for storytelling, to add nuance about life in pre-Nakba Palestine.

However, those maps have limited research value as static paper maps. That is why the Palestine Open Maps team is working on extracting the geographic data contained in those maps, making them available to researchers, academics, artists, and anyone who wants wants the data, under a permissive license. The team is using the open source tools of OpenStreetMap to vectorise the data. Those tools are optimised by years of open source community contributions for ease of use and collaboration.

The Palestine Open Maps team will be running a mapathon on Saturday the 8th of June at 14:00-17:00. Register here to reserve your spot. See you soon!

Posted by Digital Research Team at 8:21 AM