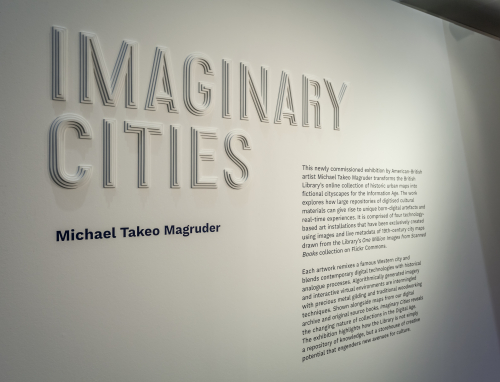 Our new art exhibition, Imaginary Cities, by British Library Labs artist in residence, Michael Takeo Magruder, has been drawing a steady stream of curious visitors since its opening on the 5th April 2019. Staged in the Entrance Hall Gallery, the show features four large technology-based art installations specially commissioned by the Library.

The works represent the artist's creative responses to a set of four nineteenth century city maps of London, Paris, New York and Chicago. 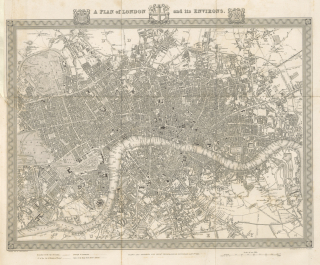 One of the digitised maps: 'A Plan of London and its Environs', drawn by R. Creighton, engraved by J. Walker. In 'A Topographical Dictionary of England ...' by Samuel Lewis, 1835

These four original digitised maps come from the British Library’s One Million Images from Scanned Books collection, which was made available on Flickr Commons in 2013. In the intervening six years, it has received over one billion views and sparked a wealth of creative responses, from the development of new artificial intelligence research, image tagging software and video games to educational initiatives, commercial products and artworks that have been exhibited all over the world.

From the 65,000 books from the 17th, 18th and 19th centuries that were digitised, some 50,000 images of maps were identified and tagged by volunteers. Read more... Taking these maps as his initial inspiration, Michael then began to develop his ideas for this exhibition. 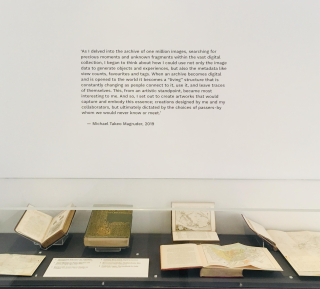 Imaginary Cities was borne out of Michael's collaboration with British Library Labs, an Andrew W. Mellon Foundation and British Library funded project that inspires and facilitates exciting and innovative uses of the Library’s digital collections and data. Michael has worked with BL Labs for several years as researcher and artist in residence, putting our digitised resources and the user-data associated with them to work in completely new ways. In creating the art installations on display, Michael has employed traditional techniques such as precious metal gilding and woodworking alongside cutting edge digital technologies to produce four very different artworks. He worked closely with the computer scientist, David Steele, who used the digitised maps and data representing the public's live interaction with them to transform the singular into an endless set of iterations. 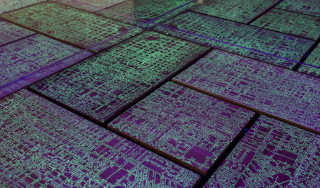 Another of Michael's long-term collaborators, Drew Baker, took the static 2D plans and extruded them into 3D in a real-time virtual game environment – taking the map and creating a synthetic 'city' from it. The resulting artwork is housed in the small darkened room within the gallery space, with a large 2D screen and a VR headset... When you don the Oculus headset, what you see is a virtual reality cityscape based on New York City which is continuously regenerated to reflect the live visitor data associated with the historical map on Flickr Commons, such as page views, interactions and volunteer image tagging. 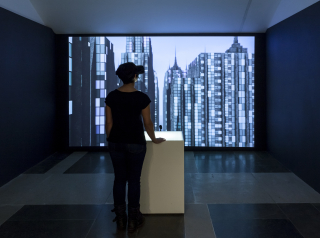 Visitor using the Oculus headset to explore the 3D imaginary city based on the digitised map, 'Plan of the City of New York,' created in 1766-76

The exhibition has been reviewed in the press and by leading art magazines such as Studio International and Artlyst as well as featuring in Techworld's Culture Crossover series, which showcases 'examples of projects that delightfully bridge the worlds of technology and culture'.

We encourage you to come and enjoy the free exhibition over the final weeks of its run. If you haven't yet visited, or are unable to make it to the British Library in person, you can take a virtual tour around the exhibition here (video duration 4:36 minutes):

For information on events associated with Imaginary Cities, see www.bl.uk/events/imaginary-cities.

Upcoming events include talks and exhibition tours as part of the Knowledge Quarter Conference on 26 June 2019 and the Imaginary Cities Book Launch on 10 July 2019 (at the British Library).

The Imaginary Cities exhibition is generously supported by The Eccles Centre for American Studies at the British Library.

Posted by Eleanor Cooper on behalf of BL Labs.