When I started this Innovation Placement, I had no idea what I was doing. Six months on, and the main thing I’ve learned is that I know even less than I thought I did. Which is not to say that I haven’t learned a lot, just that archiving interactive narrative is an even more complex and varied task than I had imagined, as are the works of interactive fiction themselves.

One of my key goals was to explore how to preserve interactive works for future researchers. My first task was finding suitable works – they had to be web-based (no downloadable files), be recognisable as interactive narratives in some way and be identifiably created in the UK. Sites such as IFDB (the Interactive Fiction Database) and Sub-Q (the only commercial IF-focussed magazine) and competitions such as Spring Thing and IFComp were invaluable sources, but determining whether the authors were UK-based was more difficult. Some remained entirely anonymous, or gave no indication as to their location on their website or social media, which meant it was not possible to include them in this particular project.

Once found, capturing the works initially didn’t appear to be too much of a challenge. The UK Web Archive’s crawlers were able to get most hypertexts while Webrecorder made it possible to collect most other works. However, playback was where the difficulties crept in. Some works captured well, but wouldn’t play back. Or played back, but with errors. Or showed that actually, the works had still been pulling information from the live web, and when placed in the archive and severed from this outside contact, no longer worked. You can see the Webrecorder collection here, and the UKWA Collection here, although the latter is a work-in-progress. A full list of all works reviewed (some of which were not collectable for various reasons) can be found here.

If you’re a maker of interactive works, I strongly suggest that you submit your work to UKWA or make a copy on Webrecorder and download the WARC (Web ARChive) files it creates (or both), because it will likely be some time before libraries develop systematic collecting policies for these works due to the many challenges associated with collecting and sharing them. Having your work backed up in WARC format may help you stay ahead of the curve!

My other key goal was to get a sense of the ‘shape’ of contemporary British web-based interactive fiction. If I had to draw it, I’d probably do something like this: 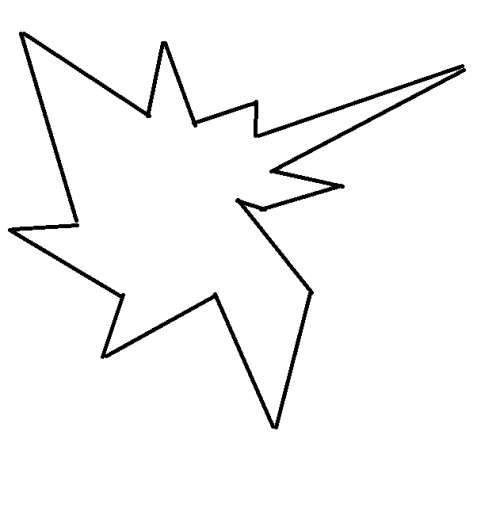 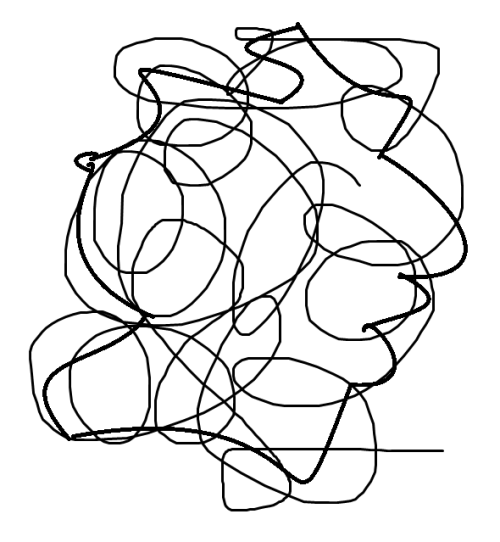 It’s messy and disruptive and gloriously so. But that’s not to say there aren’t some common threads running through the work. Some themes and motifs cropped up many times in many different guises.  Trains, cats, mental health and interactive fiction itself were all addressed by multiple creators, some taking on several of these topics at once in one work. Librarians and archivists were surprisingly well-represented as creators of interactive works, with a piece by the British Library’s own Andy Jackson included in the collection, and creators based at various other UK libraries also contributing works.

Naturally, I wrote some more formal reports on the types of works being created, the tools being used, and the methods used to collect them. However, I felt that the only way to truly summarise the experience of reading and playing and attempting to collect all these amazing works was to create a piece of interactive fiction that mimics the experience of reading and playing and attempting to capture all these amazing works. The result was The Memory Archivist which hopefully goes some way towards conveying the challenges faced by archivists of complex digital works, but also why tackling those challenges is important. I hope you enjoy it.

Posted by Digital Research Team at 11:48 AM