Dr Matt Lewis, Tutor of Digital Direction and Dr Eleanor Dare, Reader of Digital Media both at the School of Communication, at the Royal College of Art and Mary Stewart Curator, Oral History and Deputy Director of National Life Stories at the British Library reflect on an ongoing and award-winning collaboration (posted on behalf of them by Mahendra Mahey, BL Labs Manager).

In spring 2019, based in both the British Library and the Royal College of Art School of Communication, seven students from the MA Digital Direction course participated in an elective module entitled The Other Voice. After listening in-depth to a selection of oral history interviews, the students learnt how to edit and creatively interpret oral histories, gaining insight into the complex and nuanced ethical and practical implications of working with other people’s life stories. The culmination of this collaboration was a two-day student-curated showcase at the British Library, where the students displayed their own creative and very personal responses to the oral history testimonies.

The culmination of this collaboration was a two-day student-curated showcase at the British Library, where the students displayed their own creative and very personal responses to the oral history testimonies. The module was led by Eleanor Dare (Head of Programme for MA Digital Direction, RCA), Matt Lewis (Sound Artist and Musician and RCA Tutor) and Mary Stewart (British Library Oral History Curator). We were really pleased that over 100 British Library staff took the time to come to the showcase, engage with the artwork and discuss their responses with the students.

“The students have benefited enormously from this collaboration, gaining a deeper understanding of the ethics of editing, the particular power of oral history and of course, the feedback and stimulation of having a show in the British Library.”

We were all absolutely delighted that the Other Voice group were the winners of the BL Labs Teaching and Learning Award 2019, presented in November 2019 at a ceremony at the British Library Knowledge Centre.  Two students, Karthika Sakthivel and Giulia Brancati, also showcased their work at the 2019 annual Oral History Society Regional Network Event at the British Library - and contributed to a wide ranging discussion reflecting on their practice and the power of oral history with a group of 35 oral historians from all over the UK.  The collaboration has continued as Mary and Matt ran ‘The Other Voice’ elective in spring 2020, where the students adapted to the Covid-19 Pandemic, producing work under lockdown, from different locations around the world.

Here is just a taster of the amazing works the students created in 2019, which made them worthy winners of the BL Labs Teaching and Learning Award 2019.

Karthika Sakthivel and Giulia Brancati were both inspired by the testimony of Irene Elliot, who was interviewed by Dvora Liberman in 2014 for an innovative project on Crown Court Clerks. They were both moved by Irene’s rich description of her mother’s hard work bringing up five children in 1950s Preston.

On the way back by Guilia Brancati

Giulia created On the way back an installation featuring two audio points – one with excerpts of Irene’s testimony and another an audio collage inspired by Irene’s description. Two old fashioned telephones played the audio, which the listener absorbed while curled up in an arm chair in a fictional front room. It was a wonderfully immersive experience. 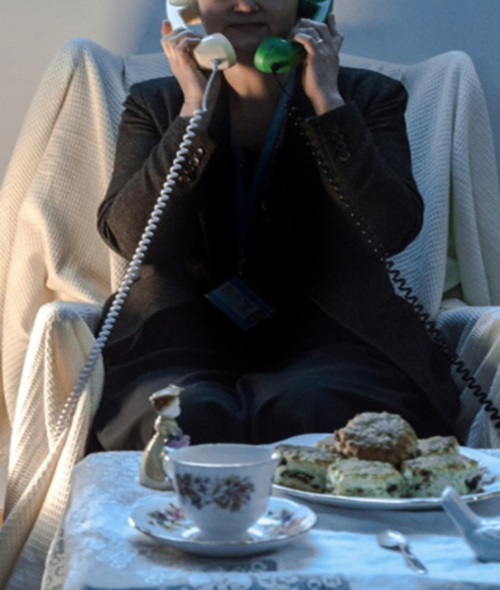 “In a world full of noise and overwhelming information, to sit and really pay attention to someone’s personal story is an act of mindful presence. This module has been continuous learning experience in which ‘the other voice’ became a trigger for creativity and personal reflection.”

“There was power in Irene’s voice, enough to make me want to sew - something I’d never really done on my own before. But in her story there was comfort, there was warmth and that kept me going.”

Illustrated with objects drawn from Irene's memories, each square of the patchwork quilt encased conductive fabric that triggered audio clips. Upon touching each square, the corresponding story would play.

“The initial visitor interactions with the piece gave me useful insights that enabled me to improve the experience in real time by testing alternate ways of hanging and displaying the quilt. After engaging with the quilt guests walked up to me with recollections of their own mothers and grandmothers – and these emotional connections were deeply rewarding.”

Karthika, Giulia and the whole group were honoured that Irene and her daughter Jayne travelled from Preston to come to the exhibition, Karthika:

"It was the greatest honour to have her experience my patchwork of her memories. This project for me unfurled yards of possibilities, the common thread being - the power of a voice.” 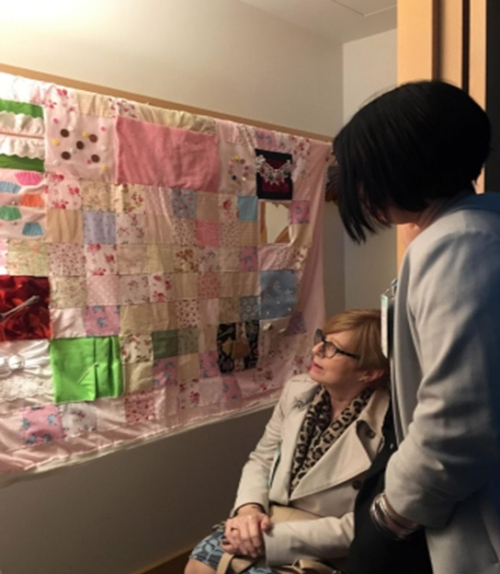 Meditations in Clay by James Roadnight and David Sappa

Those attending the showcase were bewitched as they watched the landscape documentary on the large screen and engaged with the selection of listening pots, which when held to the ear played excerpts of the oral history interviews.

“This project has taught us a great deal about the deep interview techniques involved in Oral History. Seeing visitors at the showcase engage deeply with our work, watching the film and listening to our guided meditation for 15, 20 minutes at a time was more than we could have ever imagined.” 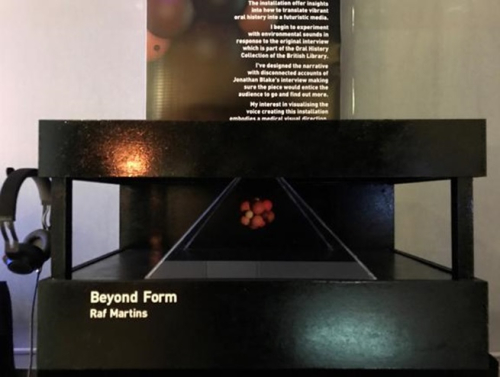 Donald Palmer’s interview with Paul Merchant contained a wonderful and warm description of the front room that his Jamaican-born parents ‘kept for best’ in 1970s London. Alex Remoleux created a virtual reality tour of the reimagined space, entitled Donald in Wonderland, where the viewer could point to various objects in the virtual space and launch the corresponding snippet of audio.

“I am really happy that I provided a Virtual Reality experience, and that Donald Palmer himself came to see my work. In the picture below you can see Donald using the remote in order to point and touch the objects represented in the virtual world.”

Showcase at the British Library 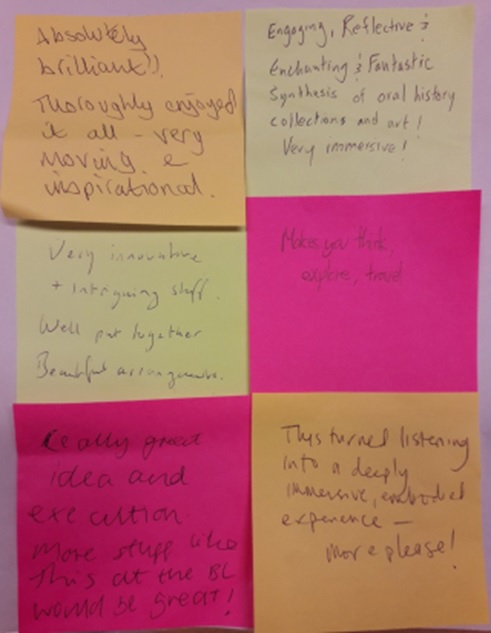 With thanks to the MA Other Voice cohort Giulia Brancati, Raf Martins, Alexia Remoleux, James Roadnight, Karthika Sakthivel, David Sappa and Kingsley Tao, RCA staff Eleanor Dare and Matt Lewis & BL Oral History Curator Mary Stewart, plus all the interviewees who recorded their stories and the visitors who took the time to attend the showcase.