During recent months of working from home, the Wikimedia family of platforms, including Wikidata and Wikisource, have enabled many librarians and archivists to do meaningful work, to enhance and amplify access to the collections that they curate.

I’ve been very encouraged to learn from other institutions and initiatives who have been working with these platforms. So I recently invited some wonderful speakers to give a “World of Wikimedia” series of remote guest lectures for staff, to inspire my colleagues in the British Library. 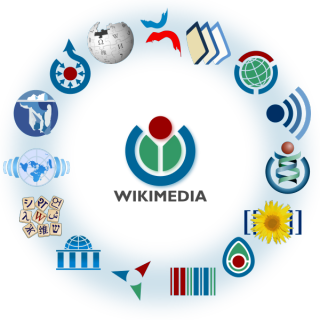 Logos of the Wikimedia Family of platforms

Stuart Prior from Wikimedia UK kicked off this season with an introduction to Wikimedia and the projects within it, and how it works with galleries, libraries, archives and museums. He was followed by Dr Martin Poulter, who had been the Bodleian Library’s Wikimedian In Residence. Martin shared his knowledge of how books, authors and topics are represented in Wikidata, how Wikidata is used to drive other sites, including Wikipedia, and how Wikipedia combines data and narrative to tell the world about notable books and authors.

Continuing with the theme of books, Gavin Willshaw spoke about the benefits of using Wikisource for optical character recognition (OCR) correction and staff engagement. Giving an overview of the National Library of Scotland’s fantastic project to upload 3,000 digitised Scottish Chapbooks to Wikisource during the Covid-19 lockdown. Focusing on how the project came about, its impact, and how the Library plans to take activity in this area forward in the future. 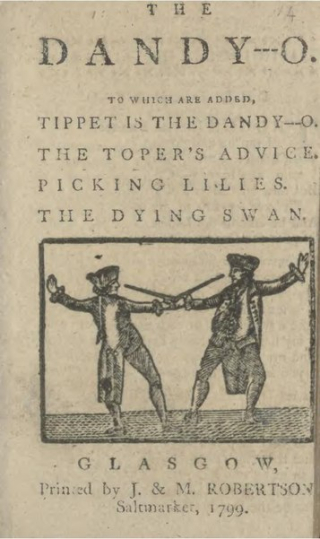 Tippet is the dandy---o. The toper's advice. Picking lilies. The dying swan, shelfmark L.C.2835(14), from the National Library of Scotland's Scottish Chapbooks collection

Closing the World of Wikimedia season, Adele Vrana and Anasuya Sengupta gave an extremely thought provoking talk about Whose Knowledge? This is a global multilingual campaign, which they co-founded, to centre the knowledges of marginalised communities (the majority of the world) online. Their work includes the annual #VisibleWikiWomen campaign to make women more visible on Wikipedia, which I blogged about recently.

One of the silver linings of the covid-19 lockdown has been that I’ve been able to attend a number of virtual events, which I would not have been able to travel to, if they had been physical events. These have included LD4 Wikidata Affinity Group online meetings; which is a biweekly zoom call on Tuesdays at 9am PDT (5pm BST).

I’ve also remotely attended some excellent online training sessions: “Teaching with Wikipedia: a practical 'how to' workshop” ran by Ewan McAndrew, Wikimedian in Residence at The University of Edinburgh. Also “Wikimedia and Libraries - Running Online Workshops” organised by the Chartered Institute of Library and Information Professionals in Scotland (CILIPS), presented by Dr Sara Thomas, Scotland Programme Coordinator for Wikimedia UK, and previously the Wikimedian in Residence at the Scottish Library and Information Council. From attending the latter, I learned of an online “How to Add Suffragettes & Women Activists to Wikipedia” half day edit-a-thon event taking place on the 4th July organised by Sara, Dr t s Beall and Clare Thompson from the Protests and Suffragettes project, this is a wonderful project, which recovers and celebrates the histories of women activists in Govan, Glasgow.

We'd shared this elsewhere (on evilFB) but not twitter – here's the 'group pic' of #ProtestandSuffragettes recent #WikipediaWorkshop – we had 35 folks come along (many new to #Wiki) & we're looking forward to working w/ them again... #WMUKAGM20https://t.co/jlQy9cW3k0 pic.twitter.com/yAcnzSRLQ3

We have previously held a number of in person Wikipedia edit-a-thon events at the British Library, but this was the first time that I had attended one remotely, via Zoom, so this was a new experience for me. I was very impressed with how it had been organised, using break out rooms for newbies and more experienced editors, including multiple short comfort breaks into the schedule and having very do-able bite size tasks, which were achievable in the time available. They used a comprehensive, but easy to understand, shared spreadsheet for managing the tasks that attendees were working on. This is definitely an approach and a template that I plan to adopt and adapt for any future edit-a-thons I am involved in planning.

Furthermore, it was a very fun and friendly event, the organisers had created We Can [edit]! Zoom background template images for attendees to use, and I learned how to use twinkles on videocalls! This is when attendees raise both hands and wiggle their fingers pointing upwards, to indicate agreement with what is being said, without causing a soundclash. This hand signal has been borrowed it from the American Sign Language word for applause, it is also used by the Green Party and the Occupy Movement.

At our most recent Wikipedia Workshop on 4th July the ‘Protests and Suffragettes’ project created ZOOM backgrounds – just for fun – here are a few of them, which you can download from #Wiki Commons! #WMUKAGM20https://t.co/m7lGvnPFcg pic.twitter.com/GOo3HBbEJg

With enthusiasm fired up from my recent edit-a-thon attending experience, last Saturday I joined the online Wikimedia UK 2020 AGM. Lucy Crompton-Reid, Chief Executive of Wikimedia UK, gave updates on changes in the global Wikimedia movement, such as implementing the 2030 strategy, rebranding Wikimedia, the Universal Code of Conduct and plans for Wikipedia’s 20th birthday. Lucy also announced that three trustees Kelly Foster, Nick Poole and Doug Taylor, who stood for the board were all elected. Nick and Doug have both been on the board since July 2015 and were re-elected. I was delighted to learn that Kelly is a new trustee joining the board for the first time. As Kelly has previously been a trainer at BL Wikipedia edit-a-thon events, and she coached me to create my first Wikipedia article on Coventry godcakes at a Wiki-Food and (mostly) Women edit-a-thon in 2017.

Before the event ended, there was a 2020 Wikimedia UK annual awards announcement, where libraries and librarians did very well indeed:

Big congratulations to all the winners. Their fantastic work, and also in Caroline's case, her fashion sense, is inspirational!

I really ought to be wearing my amazing Wikipedia dress in celebration right now... https://t.co/ewvVT3gdGa pic.twitter.com/IqxJN12rZD

For anyone interested, the next online event that I’m planning to attend is a #WCCWiki Colloquium organised by The Women’s Classical Committee, which aims to increase the representation of women classicists on Wikipedia. Maybe I’ll virtually see you there…

Posted by Digital Research Team at 10:37 AM