This is a guest post by Anne Courtney, Gulf History Cataloguer with the Qatar Digital Library, https://www.qdl.qa/en

Over the summer, I’ve been investigating the sonification of data. On the Qatar Project (QDL), we generate a large amount of data, and I wanted to experiment with different methods of representing it. Sonification was a new technique for me, which I learnt about through this article: https://programminghistorian.org/en/lessons/sonification.

Sonification is the method of representing data in an aural format, rather than visual format, such as a graph. It is particularly useful for showing changes in data over time. Different trends are highlighted depending on the choices made during the process, in the same way as they would be when drawing a graph.

How does it work?

First, all the data must be put in the right format: 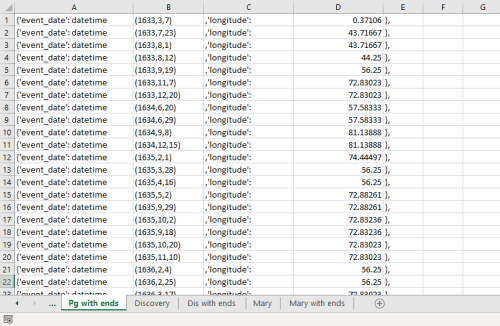 Figure 1: Excel data of longitude points where the Palsgrave anchored

Then, the data is used to generate a midi file. The Programming Historian provides an example python script for this, and by changing parts of it, it is possible to change the tempo, note length, scale, and other features. 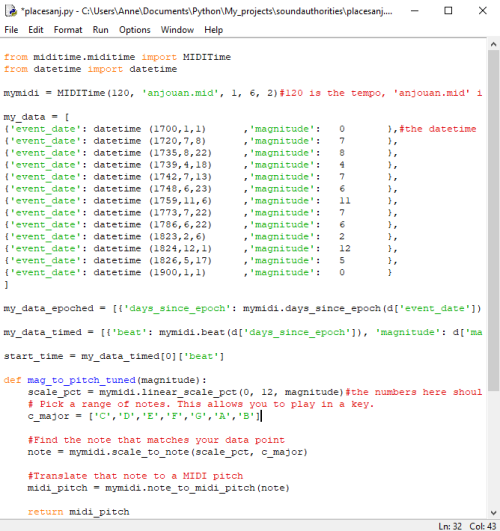 Figure 2: Python script ready to output a midi file of occurrences of Anjouan over time

Finally, to overlay the different midi files, edit them, and change the instruments, I used MuseScore, freely-downloadable music notation software. Other alternatives include LMMS and Garageband: 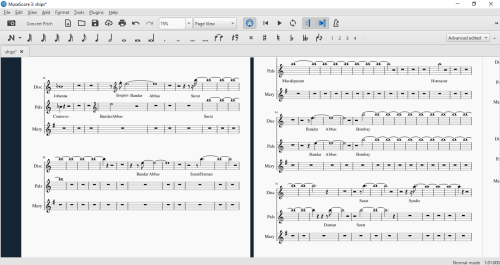 Figure 3: The score of the voyages of the Discovery, Palsgrave, and Mary, labelled to show the different places where they anchored.

The sound of authorities

Each item which the Qatar project catalogues has authority terms linked to it, which list the main subjects and places connected to the item. As each item is dated, it is possible to trace trends in subjects and places over time by assigning the dates of the items to the authority terms. Each authority term ends up with a list of dates when it was mentioned. By assigning different instruments to the different authorities, it is possible to hear how they are connected to each other.

This sound file contains the sounds of places connected with the trade in enslaved people, and how they intersect with the authority term ‘slave trade’. The file begins in 1700 and finishes in 1900. One of the advantages of sonification is that the silence is as eloquent as the data. The authority terms are mentioned more at the end of the time period than the start, and so the piece becomes noisier as the British increasingly concern themselves with these areas. The pitch of the instruments is determined, in this instance, by the months of the records in which they are mentioned.

This piece follows the journeys of three ships from March 1633 to January 1637. In this example, the pitch is important because it represents longitude; the further east the ships travel, the higher the pitch. The Discovery and the Palsgrave mostly travelled together from Gravesend to India, and they both made frequent trips between the Gulf and India. The Mary set out from England in April 1636 to begin her own journey to India. The notes represent the time the ships spent in harbour, and the silence is the time spent at sea. The Discovery is represented by the flute, the Palsgrave by the violin, and the Mary by the horn.