Hacking the BL from home

We may be unable to visit the British Library in person, or see our colleagues except for on our computer screens, but on Wednesday 13th January we proved that lockdown is no barrier to a Hack Day. For the first time our Hack Day was opened up to British Library staff from outside the BL/QFP Project, as we invited members of the BL BAME Network to join us. It was exciting to have a wide variety of people with different roles and Hack Day experience, which was reflected in the diverse ideas and results displayed on the day. There was no particular subject or theme for this Hack Day. The only objectives were to try or learn something new, meet some people from around the Library and have a bit of fun along the way.

It felt slightly weird holding our Hack Day online via Microsoft Teams, rather than gathered in the BL/QFP Project’s office on the 6th floor of the Library. However, with various types of technology and online platforms, including the Teams breakout function and a shared Google doc, we still managed to work collaboratively whilst working from home. Throughout the Teams rooms, it was great to see and hear amazing ideas, helpful team work, interesting discussions, valuable sharing of skills and knowledge, and laughter.

We hope you enjoy reading about our hacks as much as we enjoyed the process of making them together.

Our project for this Hack Day collaboration was centered on the idea of the Exquisite Corpse – a fun and creative game popularised by the Surrealists as a tool to create bizarre and wonderful compositions.

The result was a cross collaborative effort, involving staff from the International Dunhuang Project, Conservation and the BL/QFP Project, that created a series of visual collages using material from the Library's digital collections, Flickr and Instagram accounts as well as the Qatar Digital Library (QDL). We created five exquisite corpses in total.

The biggest takeaway from the day was how easy, fun and creative this process was in facilitating cross library networking and collaboration but also as a tool for invention and exploration of the Library’s diverse collections. 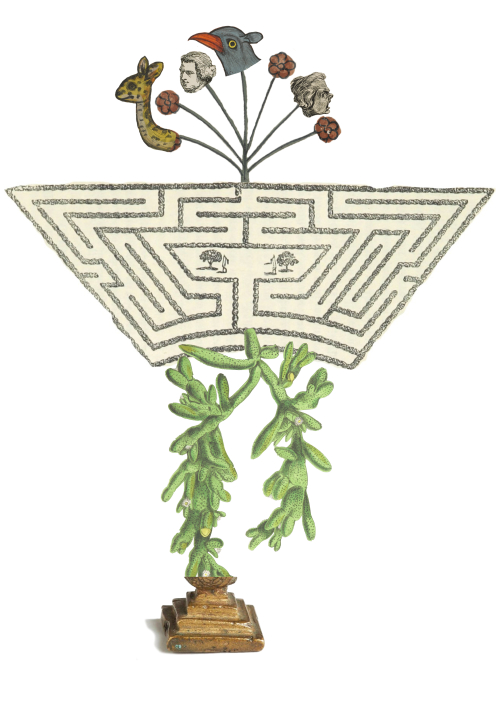 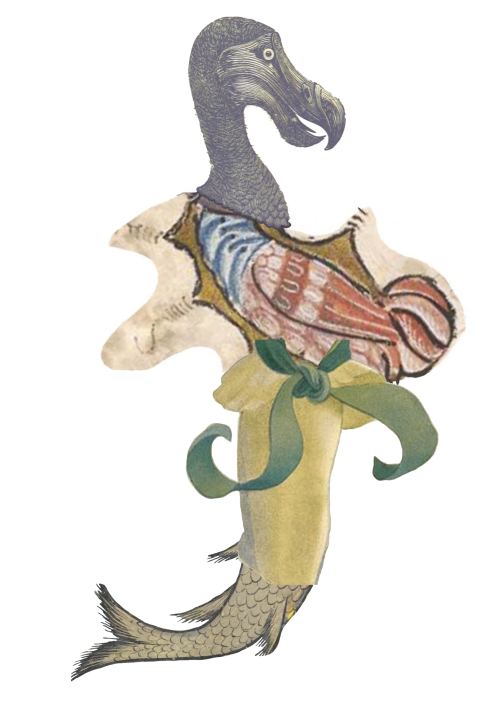 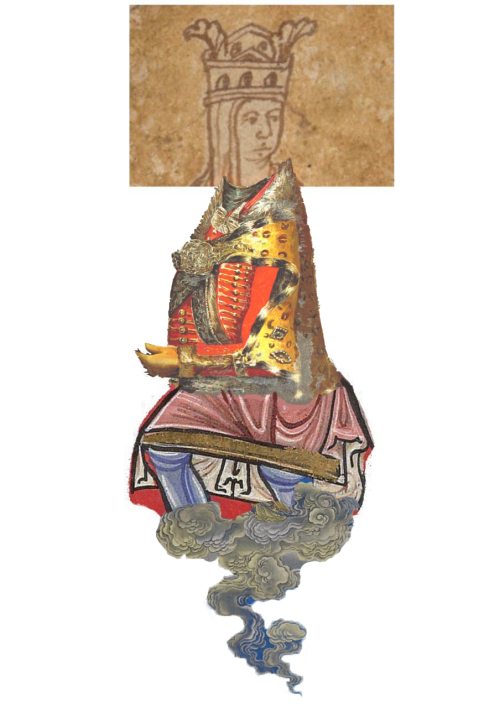 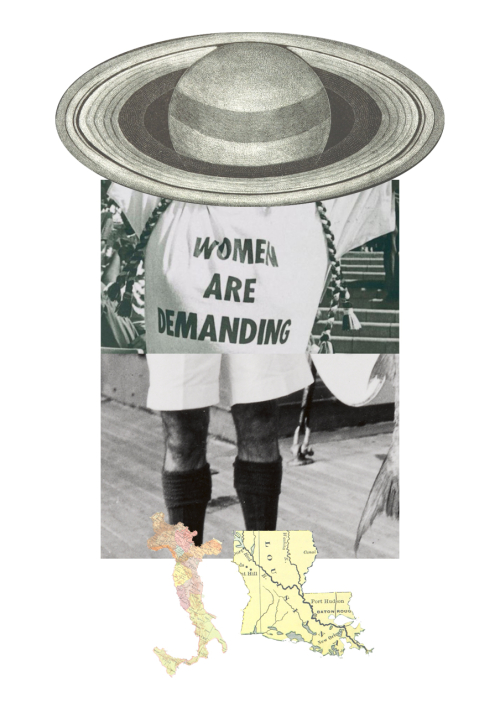 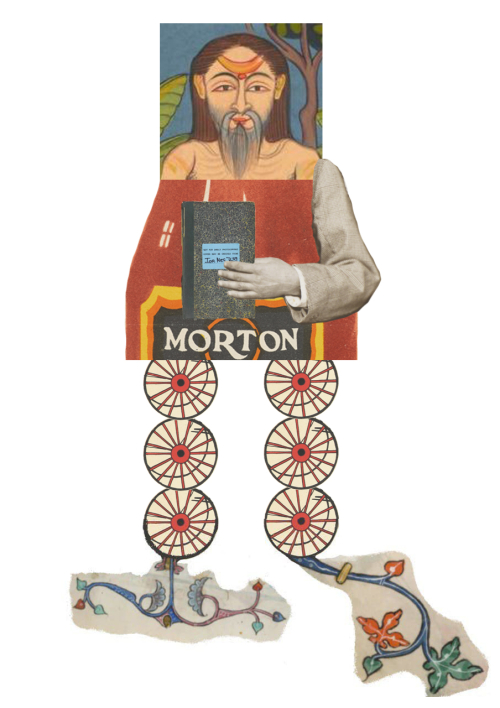 Inspiration for the Hack was drawn from Olivia Vane’s excellent OCR visualisation tool, Steptext. OCR is an automated process employed during the BL/QFP’s digitisation process that ‘reads’ the images captured and turns them into searchable text. 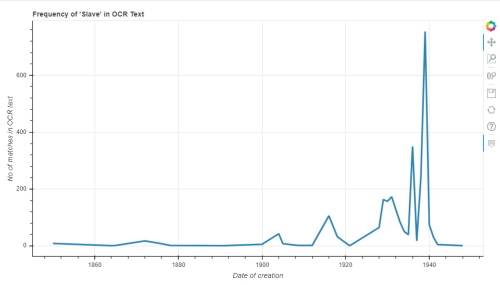 Figure 6: This graph displays the number of matches for the term against the year the archive material was created. Click on the image to open an interactive version in a new window. 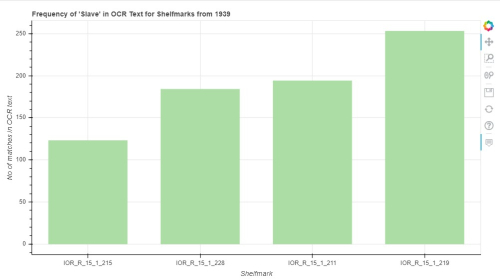 Figure 7: Using the year with the most occurrences of the term, this bar chart  displays the break down the frequency per shelfmark. Click on the image to open an interactive version in a new window. 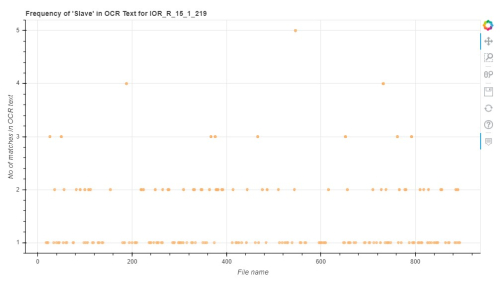 Figure 8: Using the shelfmark with the most matches, this graph displays how often the term occurs in each image capture. Using Bokeh’s inbuilt Hover tool, the graph displays a snippet of the term in context with the rest of the OCR data. Click on the image to open an interactive version in a new window.

The results show how it is possible both to identify where specific terms are used in the records and to analyse how they are used over time. This will be of great help as we seek to take the project to the next stage.

The Hack team nominated some everyday words to generate OCR Exquisite Corpses. Here are some highlights:

I investigated uses of Arabic Verb Form X (istafʿala) in the BLQFP Translation Memory using our translation software, memoQ. I chose this verb form because it conveys the meaning of seeking or acquiring something for oneself, possibly by force, and could therefore elicit unconscious bias in our translations. I identified 55 unique verbs that take this form, six of which were potentially problematic. A closer look at the most frequent verb (istawlá; to take forcefully or wrongfully) suggests that some unconscious bias may have travelled from the primary sources to the catalogue descriptions or been introduced during translation. The results provide a prompt for further discussions about problematic language among translators and cataloguers. 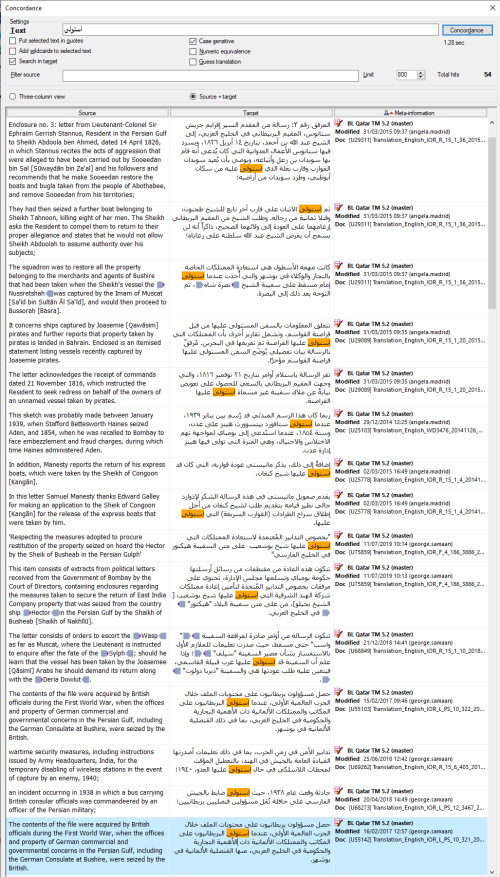 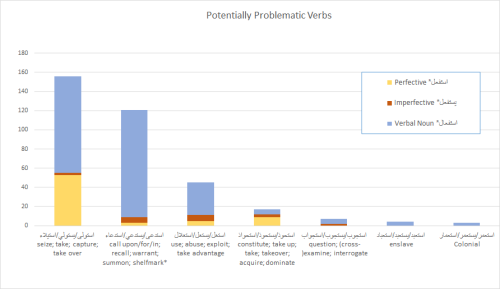 Birds of the QDL team

The Birds of the QDL team set out to explore how birds appear in the digital records. Sara and Annie used manuscript paintings of bird species as inspiration, creating an animated GIF of a hoopoe and data visualisations of the search results for different birds. Anne tracked bird sightings in one of the IOR ship’s logs by combining quotes from the log with sound recordings and images to help bring the record to life. Francis investigated the Socotra cormorant, British guano extraction and the resistance of the islanders. We enjoyed experimenting with different formats to highlight some of the regional birds and the contexts in which they appear. 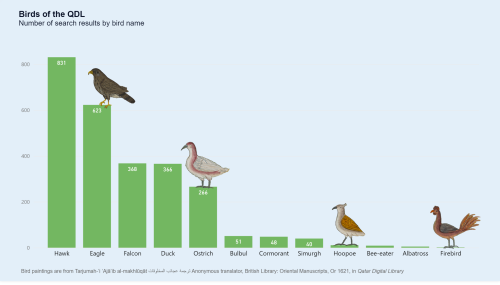 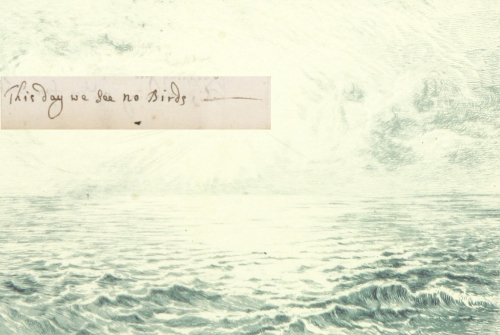 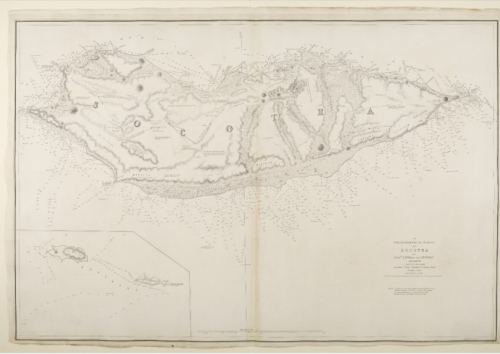 Our Hack project aimed to create an interactive map tracing the footsteps of a shater [shāṭir, foot-courier] who made a 700-mile return journey between Gombroon and Shiraz in 1761 bearing an important letter, as recounted in one of the Gombroon Diaries (IOR/G/29/13).

First, we collected background information on the journey and on the term shater, and transcribed the relevant diary entries. We then used the Esri ArcGIS StoryMap Tour platform to visualise and map the events. The Tour function integrates text boxes, captions, and associated images with a background map tracking the points of the journey, and supports hyperlinking to the IOR materials on the QDL.

Figure 16: Image from the start of the story map introducing the Shater journey.

Figure 17: Image from the story map continuing the Shater journey.

Figure 18: Image from the story map continuing the Shater journey: a reply is received.

For more information about the Gombroon Diaries:

This project involved learning how to create mosaics using images from the Library and QDL collections. This was inspired by a presentation by Pardaad Chamsaz (Curator Germanic Collections, BL European Studies) about the Decolonising the BL working group of the BL BAME Network. He said that we should remember that the Library is made up of many different people. I decided to try using Mosaically to use multiple images to create an image of the British Library, to show that it takes many parts to make a whole. This also highlights the Library’s vast collections. I then repeated this with images from the QDL to show an image of the QDL homepage. 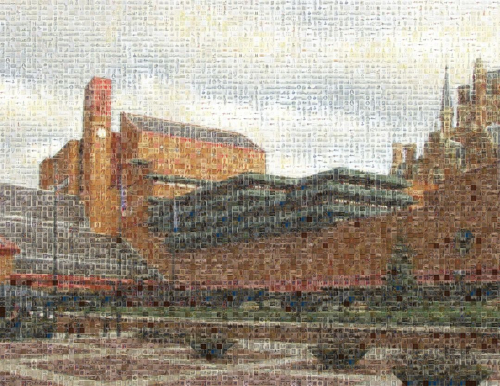 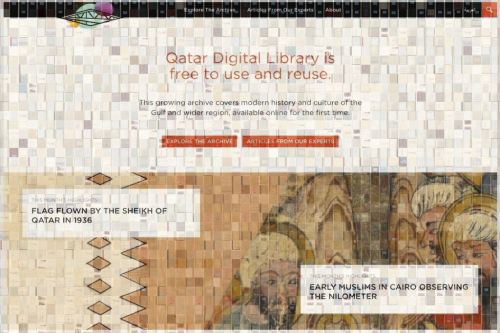 Posted by Digital Research Team at 9:55 AM