The game was ne'er so fair

The works and worlds created by Shakespeare have an enduring appeal, his writing emotionally resonates with audiences today, despite being written over four hundred year's ago. This week is Shakespeare Week, and today is also the first day of the London Games Festival, so a perfect time to reflect on some interactive digital adaptations of the bard's plays.

Back in 2016 here in the British Library we ran a Shakespeare themed Off the Map competition, which set students a task of creating video games and virtual interactive environments using digitised British Library items, including maps, views, texts, book illustrations and recorded sounds as creative inspiration. The first place winning entry by Team Quattro from De Montfort University in Leicester, created an adaptation of The Tempest, you can see a flythrough video clip of their stunning work here.

In this competition, Tom Battey who was then a student at the London College of Communication was awarded second place with a game called Midsummer based on the characters in the play A Midsummer Night’s Dream and which used digitised engravings from John Boydell’s Shakespeare Gallery. This is a clever work, set in a magical woodland, where trees and bushes generate as the player wanders through the game. The player has the power to enchant and disenchant characters they meet to fall in love with each other, or not! The dialogue between these characters then changes depending on whether they are lovestruck, you can watch a demo of this game here. 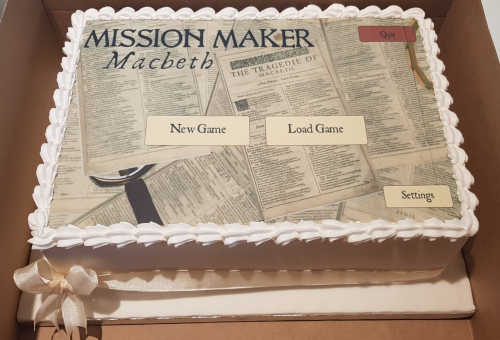 Another digital Shakespeare project, which the Library has been involved in, is MissionMaker Macbeth, a game-authoring tool, developed by the MAGiCAL team, from D.A.R.E. enterprise at the UCL Knowledge Lab, which was launched at the British Library for the London Games Festival in 2019. Built using Unity, this software incorporates characters, landscapes, objects and even cauldron ingredients for children to make digital games based on Shakespeare’s Macbeth. For anyone wanting to read more about this project, Andrew Burn has written a book Literature, Videogames and Learning, which is due to be published on 20th July 2021.

If virtual woodland walks are your thing, although not Shakespeare related, you may want to explore Faint Signals, by Invisible Flock, this is an interactive website, where you can wander through the woodland as it changes through all four seasons, and evolves from day to night. Also, if you are reading this in time, you may be able to catch a live online performance of Dream, by the Royal Shakespeare Company. This Midsummer Night’s Dream inspired 50-minute online event is set in a virtual midsummer forest, which offers participants a unique opportunity to directly influence the live performance, read more about this here.

For literature loving games makers, you may want to take part in Leeds Libraries upcoming online Novels That Shaped Our World Games Jam, which is running on Saturday 24th and Sunday 25th April 2021. This jam invites people to create games inspired by the BBC’s 100 Novels That Shaped Our World. They have planned an inspiring programme of online events connected to this jam, tickets will be available from Monday 22nd March 2021 from their Eventbrite page: leeds-libraries.eventbrite.com. 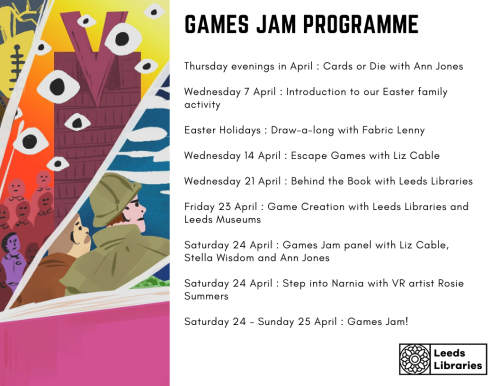