Adding Data to Wikidata is Efficient with QuickStatements

Once I was set up on Wikipedia (see Triangulating Bermuda, Detroit and William Wallace), I got started with Wikidata. Wikidata is the part of the Wikimedia universe which deals with structured data, like dates of birth, shelf marks and more.

Adding data to Wikidata is really simple: it just requires logging into Wikidata (or creating an account if you don’t already have one) and then pressing edit on any page. you want to edit. If the page doesn’t already exist, then creating it is also very simple: just select ‘create a new item’ from the menu on the left-hand side of the page.

When using Wikidata, there are some powerful tools which make adding data quicker and easier. One of these is Quick Statements. Unfortunately, using QuickStatements requires that you have made 50 edits on Wikidata before you make your first batch. Fortunately, it is rather quicker than Citation Hunt (for which, see Triangulating Bermuda, Detroit and William Wallace). 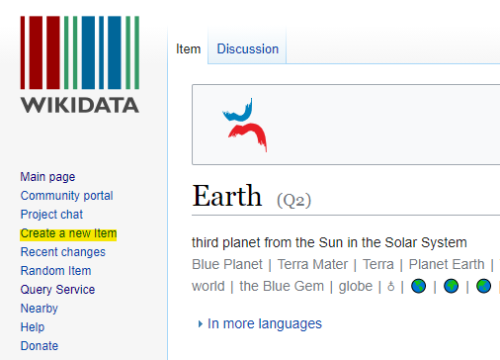 Creating a new item in Wikidata

I made those 50 edits very quickly, by setting up Wikidata item pages for each of the sample items from the India Office Records that we are working with (at the moment we are prioritising adding information about the records; further work will take place before any digitised items are uploaded to Wikimedia platforms). Basic information was added to each of the item pages.

Once I had done this, it became clear that I needed to create more general pages, which could contain the DOIs that link back to the digitised records which are currently only accessible via batch download through the British Library research repository.

The WikiProject page for the India Office Records

The final preparatory step was to create a WikiProject page, which will facilitate collaboration on the project. This page contains links to all the pages involved in the project and will soon also contain useful resources such as templates for creating new pages as part of the project and queries for using the data.

After this, I began to experiment with Quick Statements, making heavy use of the useful guide to it available on Wikidata.

I decided to upload information on members of a particular regiment in Bengal, since this was information I could easily copy into a spreadsheet because the versions of the reports in the British Library research repository support Optical Character Recognition (OCR). 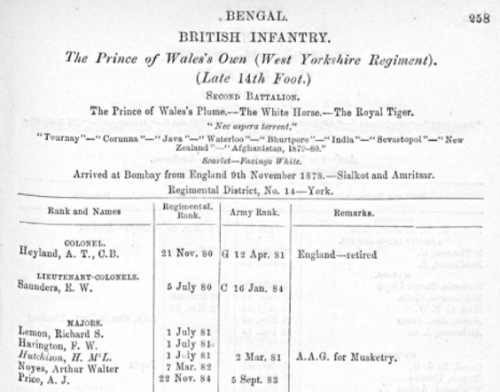 Finally, once I had done all of this, I met with the curators of the India Office Records for feedback and suggestions. It became clear from this that there was in fact some confusion about the exact identification of the regiment they were involved in. Fortunately, it turned out we had identified the correct regiment, but had we made a mistake, it would have just required a simple batch of the Quick Statement edits to quickly put right.

Section of my spreadsheet of members of the 14th Infantry Regiment

All in all, I can recommend using Wikidata and I hope I have shown that I can be a useful tool, but also that it is easy to use. The next step for our Wikidata project will be to upload templates and case studies to help and support future volunteer editors to develop it further. We will also add resources to support research on the uploaded data.