On International Women’s Day 2022 we are pleased to announce our upcoming online Wikithon event, Black Theatre and the Archive: Making Women Visible, 1900-1950, which will take place on Monday 28th March, 10:00 – 13:30 BST. Working with one of the Library’s notable collections, the Lord Chamberlain’s Plays, we will be looking to increase the visibility and presence of Black women on Wikipedia, with a specific focus on twentieth century writers and performers of works in the collection, such as Una Marson and Pauline Henriques, alongside others who are as yet lesser-known than their male counterparts.

The Lord Chamberlain’s Plays are the largest single manuscript collection held by the Library. Between 1824 and 1968 all plays in the UK were submitted to the Lord Chamberlain’s Office for licensing. This period includes two important acts of Parliament related to theatre in the UK: the Stage Licensing Act of 1737 and the Theatres Act of 1843. You can watch Dr Alexander Lock, Curator of Modern Archives and Manuscripts at the British Library, discussing this collection with Giuliano Levato who runs the People of Theatre vlog in this video below.

We are delighted to be collaborating with Professor Kate Dossett of the University of Leeds. Kate is currently working on ‘Black Cultural Archives & the Making of Black Histories: Archives of Surveillance and Black Transnational Theatre’, a project supported by an Independent Social Research Foundation Fellowship and a Fellowship from our very own Eccles Centre. Her work is crucial in shining light on the understudied area of Black theatre history in the first half of the twentieth century . 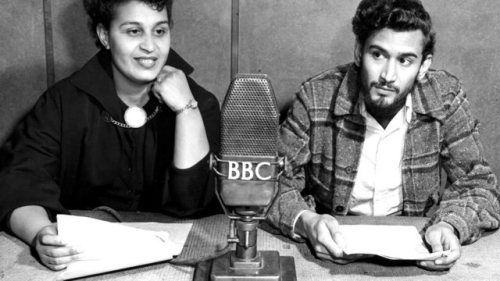 Our wikithon is open to everyone: you can register for free here. We will be blogging in the run up to the event with details on how to prepare. We are thankful to be supported by the British Newspaper Archive and FindMyPast, who will provide registered participants access to their online resources for the day of the event. You can also access 1 million free newspaper pages at any time, as detailed in this blog post.

We hope to consider a variety of questions, such as what a timeline of Black British theatre history looks like, who gets to decide the parameters, and how we can make women more visible in these studies? We will think about the traditions shaping Black British theatre and the collections that help us understand this field of study, such as the Lord Chamberlain’s Plays. This kind of hands-on historical research helps us to better represent marginalised voices in the present day.

It will be the first of a series of three Wikithons exploring different elements of the Lord Chamberlain’s Plays. Throughout 2022 we will host another two Wikithons. Please follow this blog, our twitter @BL_DigiSchol and keep an eye on our Wiki Project Page for updates about these. 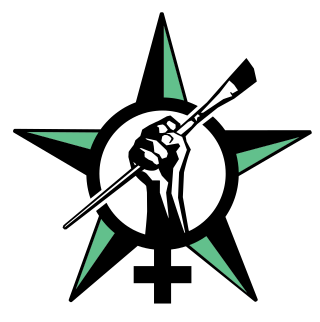 We are running this workshop as part of the Art + Feminism Wiki movement, with an aim to expand and amplify knowledge produced by and about Black women. As they state in their publicity materials:

Women make up only 19% of biographies on English Wikipedia, and women of colour even fewer. Wikipedia's gender trouble is well-documented: in a 2011 survey 2010 UNU-MERIT Survey, the Wikimedia Foundation found that less than 10% of its contributors identify as female; more recent research [such as the] 2013 Benjamin Mako Hill survey points to 16% globally and 22% in the US. The data relative to trans and non-binary editors is basically non-existent. That's a big problem. While the reasons for the gender gap are up for debate, the practical effect of this disparity is not: gaps in participation create gaps in content.

We want to combat this imbalance directly. As a participant at this workshop, you will receive training on creating and editing Wikipedia articles to communicate the central role played by Black women in British theatre making between 1900 and 1950. You will also be invited to explore resources that can enable better citation justice for women of colour knowledge producers and greater awareness of archive collections documenting Black British histories. With expert support from Wikimedians and researchers alike, this is a great opportunity to improve Wikipedia for the better.