Which manuscripts should we digitise? 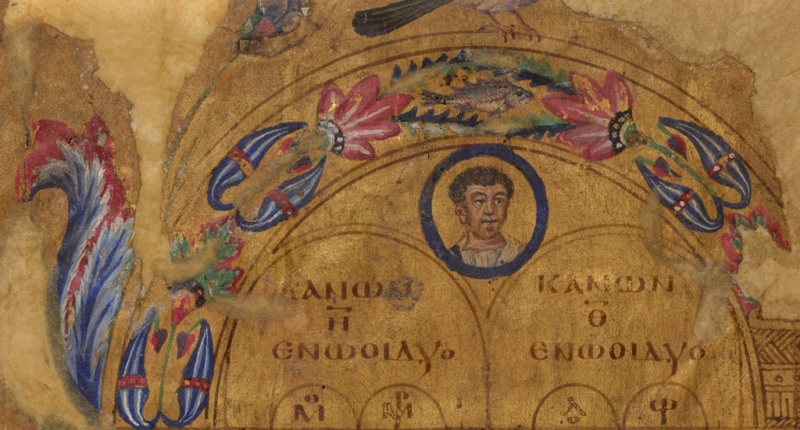 The obvious answer to this question is: all of them! We all want access to free digital resources, but creating them is tempered by a series of practical considerations. How can we best deliver digitised manuscripts to your desktops? One answer is to secure funding for independent digitisation projects with achievable goals. Such a series of projects has to be placed squarely within a vision and strategy. At the start of each one we have to ask ourselves: which manuscripts should we digitise next? For the first phase of the Greek Manuscripts Digitisation Project, we chose 250 manuscripts which offered a good range of all the different types and included some notable highlights of the collection. Before the Project, these manuscripts were among the least accessible since they had not been catalogued to modern standards. We are very grateful to the Stavros Niarchos Foundation for funding the first phase of the Greek Manuscripts Digitisation Project, supporting our vision, and making our work possible.

It is, however, crucial that we also engage you. Here’s how. Contact me to answer the following question: which particular Greek manuscripts held by the British Library would you like to see digitised and why? I cannot promise that your favourite manuscript will be in the next phase, but I can assure you that your feedback will inform our decision.

OK. I've been compiling a list, from whatever sources I could find. I wasn't sure that I really got to grips with the holdings, tho -- the online catalogue isn't easy to search for specific stuff because of all the Latin mss. It might be an idea to suggest where people could look for mss.

Here's what I could find. I concentrated on stuff thats showed the breadth and depth of the culture of the Greek empire, together with important mss of international interest. Thus I include the classical texts used in the schoolrooms etc, plus patristic texts -- and you couldn't scan these without scanning a Chrysostom! -- biblical commentaries (catenas) and a mish-mash of other stuff.

From searching the BL catalogue.

* BL. Addit. 17209 -- TREATISES by Plutarch, Lucian, and Themistius; and a selection from the Letters of Gregory Nazianzen; imperfect. On vellum; of the viith or viiith century. Quarto. A good chunk of texts important in Greek schools in the middle ages.

* BL. Addit. 36753. FLORILEGIUM of sacred and profane authors, in Greek (long catalogue entry). AD 1198. I know that this one is important for the study of gnomologia, and related to the Paris codex recently published by Searby.

* BL. Harley 6295. Collection of Medical writings by Alexander of Aphrodisias, Abbatian, Hippocrates, and Palladius; 15th cent. Greek. Includes all sorts of interesting texts, including some by Galen. Hardly anyone knows about Greek medicine.

* BL. Addit. 35,123. OCTATEUCH in Greek, with marginal catena. The catena looks interesting, and some example of how catenas are added to texts ought to be of general interest. 13th c.

* BL Addit. 10068 . CATENA PATRUM. in Psalmos 77-103; Græce. 13th c. Start and end mutilated. Quarto. Might be interesting; there are lots of catenas on the psalms, and none edited not least because it's so hard to access them.

Then I looked in Henri Omont, 'Notes sur les manuscrits grecs du British Museum', Bibliothèque de l'École des Chartes, 45 (1884), 314-50, 584 (p. 335), because I thought this would be a good guide to what people find exciting! All these works cover a wide range of Greek culture as it existed in the Middle Ages.

* Add. 19062 - Acts of the Council of Ephesus, presided over by Cyril of Alexandria

* Harley 5594 - Michael Psellus on the "Physica" of Aristotle

* Harley 5694 - Briennius on harmony plus other musical works

* Harley 5591-3 - Photius, Bibliotheca, with notes by the printer Stephanus.

How to position this as a project that can be marketed to people with money? How about "recreating a Greek library before the fall of Constantinople"? That ought to appeal to people like the SNF.

I would like to see BL Or. 5707 (Gregory-Aland 086) which has the Fayumic and Greek of John in the lower level of a palimpsest.

I have the following suggestions:

BL Add. 33277 (= Gregory Aland 892)
This manuscript has the best Gospel text of all minuscules of the NT. It has never been carefully analyzed. Only a quick collation from JR Harris exists from 1890.

Of course if we can move outside Greek mss there is Additional 12150, dated to 411 AD, full of Syriac texts including Eusebius of Caesarea's "Theophania" and Titus of Bostra's massive work. But I had presumed the focus was on Greek?