The British Library's Medieval and Earlier Manuscripts section would like to wish you a happy Christmas... 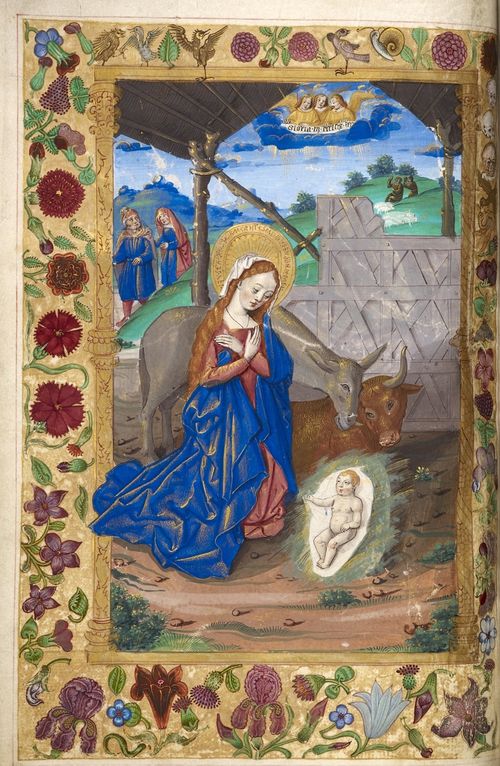 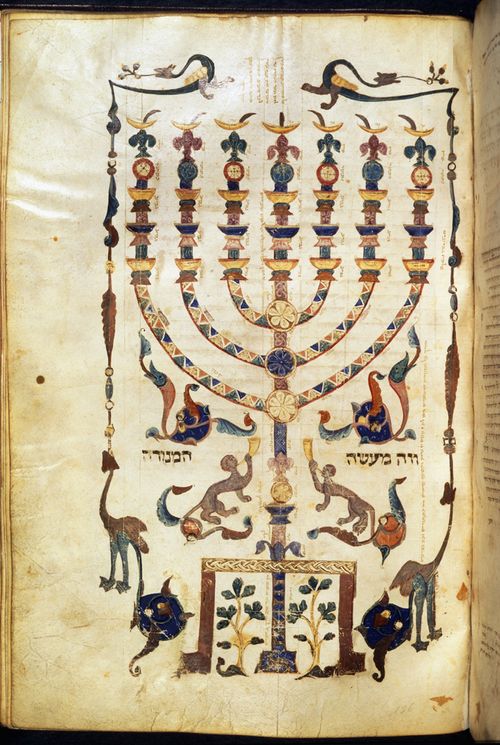 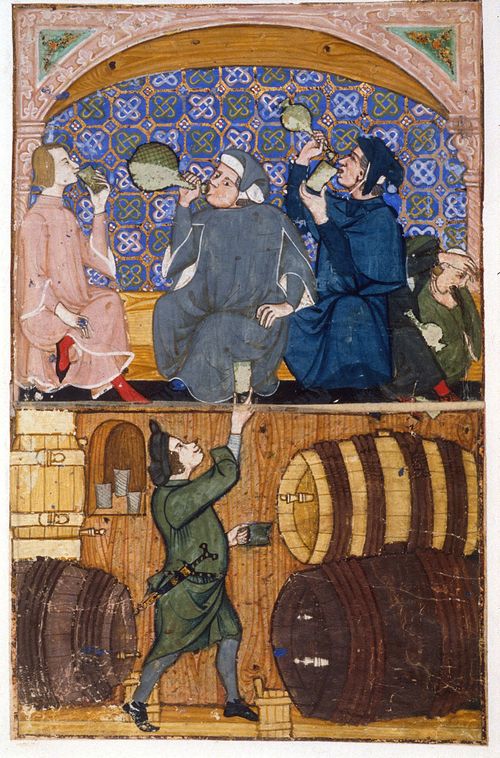 Royal: Manuscripts of the Kings and Queens of England 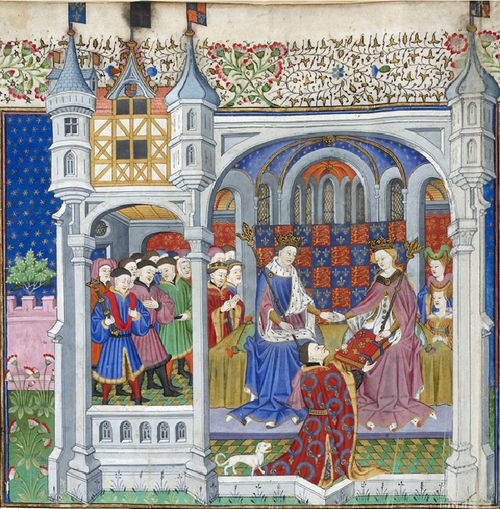 In 1757 King George II presented the approximately 2,000 manuscripts of the royal library to the recently founded British Museum.  These manuscripts, collected by the kings and queens of England from the 9th to the 16th centuries, form the unique collection held by the British Library, known simply as 'Royal.'  The Royal Collection preserves the medieval and Renaissance libraries of the kings and queens of England, and includes within these illuminated manuscripts most of the surviving medieval paintings owned by them.  Yet remarkably, these Royal manuscripts have been little researched, and have never been presented as a group to the public.

The British Library, home of the Royal collection since its creation, has been seeking to change this situation.  Since October of 2008, we have been working on a research project concentrating on this unique group of manuscripts, in collaboration with the Courtauld Institute of Art, University of London, and supported by a grant from the Arts and Humanities Research Council.  Each of the approximately 400 illuminated manuscripts in the Royal collection with significant medieval or Renaissance decoration is being examined individually, to research its patronage, artists, scribes, models, and functions.  These manuscripts have been (and will continue to be) added into the Library's Digital Catalogue of Illuminated Manuscripts, along with thousands of images.

The Royal research project will culminate in an exhibition of a selection of these Royal manuscripts, which will be on display from 11 November 2011 to 11 March 2012 at the British Library. This will be the first time that the riches of 'Royal,' containing paintings by some of the finest artists of the Middle Ages, will be presented in one exhibition.  Together, the exquisite illuminations provide the most vivid surviving source for understanding royal identity, moral and religious beliefs, learning, faith, and international politics.  Through our interpretation of the artistry and symbols contained in the images themselves, we hope to gain a new understanding of history, medieval education, public and private devotion, and also to begin to appreciate the rivalry between England, France, and Burgundy, which helped shape both political and artistic trends.

In addition, the British Library will be hosting an academic conference on the Royal manuscript collection, which will take place on 12-13 December 2011.  A call for papers will be released shortly.

Among the highlights of the Royal exhibition will be the following: 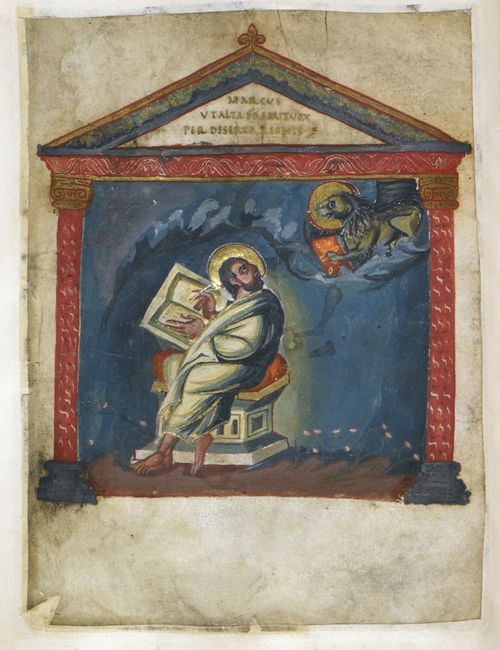 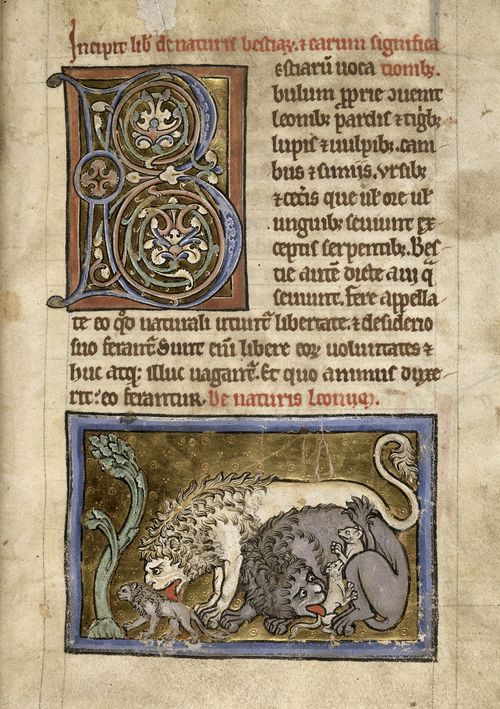 Miniature of a lion breathing life into its cubs, at the beginning of the entry 'De natura leonis,' Bestiary and various theological texts, England (Durham?), first quarter of the 13th century, Royal 12 C XIX, f. 6 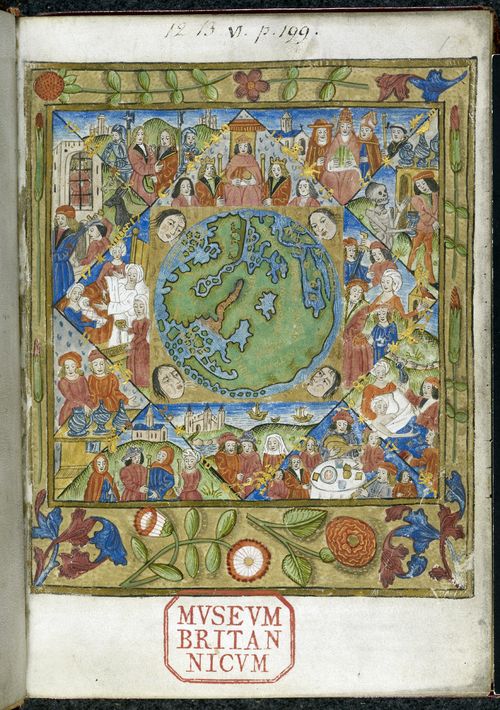 Miniature of an astrological world map with the signs of the zodiac and personifications of winds, from William Parron's Mappa Mundi, England (London), c. 1502 - 1503, Royal MS 12 B VI, f. 1 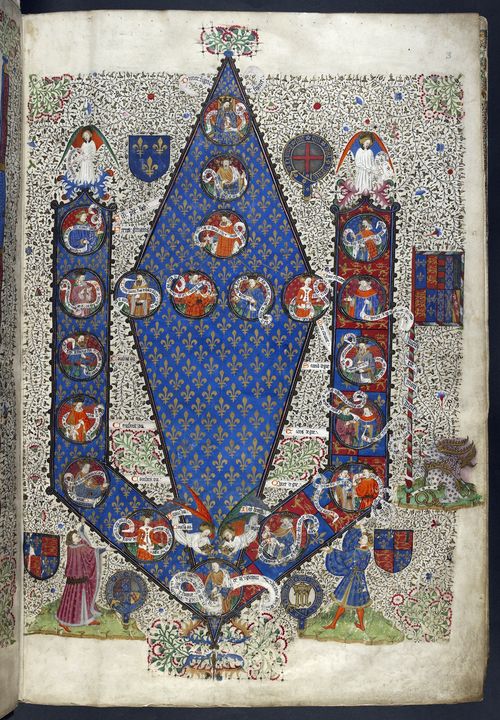 Miniature of the genealogical table of the descendants of Louis IX in the form of a fleur-de-lys, from the Talbot Shrewsbury Book, France, c. 1445, Royal MS 15 E VI, f. 3

Welcome to the Medieval and Earlier Manuscripts blog.  In the coming months, the British Library's curators will provide regular updates on our exceptional holdings of ancient and medieval manuscripts.  Keep an eye out for news on our forthcoming major exhibition on the Royal Manuscripts collection, which opens at the British Library in November 2011.

We launched in February 2010 as the Digitised Manuscripts Blog, to publicise the digitisation of our Greek manuscripts.  The scope has now been extended to embrace all the activities of the British Library's Medieval and Earlier Manuscripts section.  Our experts specialise in European manuscript production and use from Classical civilisation to the year 1600.  We will continue to provide news here on our medieval manuscripts digitisation projects. 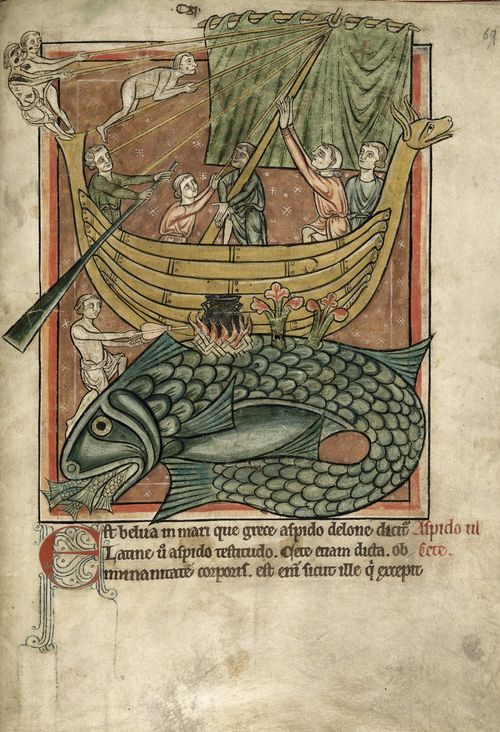 Miniature of a whale and a sailing boat, from a Bestiary, with extracts from Giraldus Cambrensis, England (Salisbury?). Second quarter of the 13th century, British Library, Harley MS 4751, f. 69.

We are committed to enhancing knowledge of our collections through digitisation and cataloguing, exhibitions and publications.  Here are some of our current exciting projects:

Please use the comments feature to let us know your views.

Posted by Ancient, Medieval, and Early Modern Manuscripts at 5:19 PM