The Beauty of Books

The Beauty of Books, a major new BBC4 documentary series featuring the British Library's unrivalled collections, begins at 20.30 on Monday, 7 February (available in the United Kingdom only).

Episode one, "Ancient Bibles", stars the fourth-century Codex Sinaiticus, which contains the oldest surviving complete New Testament. Future episodes will focus on the fifteenth-century Bedford Hours, the magnificent Luttrell Psalter (commissioned by Sir Geoffrey Luttrell, d. 1345, a Lincolnshire landowner), and Chaucer; on Alice in Wonderland; and on the design of Penguin Books. 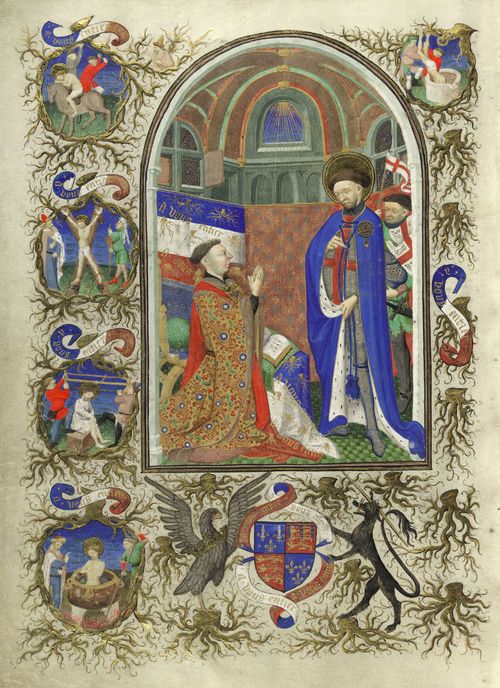 The Bedford Hours, depicted here, is one of the masterpieces of fifteenth-century Parisian art. This exquisite manuscript was probably made for the dauphin, Louis de Guyenne (d. 1415), and was subsequently owned by John of Lancaster, duke of Bedford, who was English Regent in France from 1422 to 1435. The Bedford Master, perhaps to be identified as the Alsatian artist, Haincelin of Hagenau (recorded in Paris from 1403 to 1424), also worked with the Limbourg brothers on their famous Très Riches Heures (Chantilly, Musée Condé, ms. 65). The Bedford Hours will be displayed in the Royal exhibition, which opens at the British Library in November 2011.

Episodes two to four will appear at weekly intervals.

Posted by Ancient, Medieval, and Early Modern Manuscripts at 4:09 AM